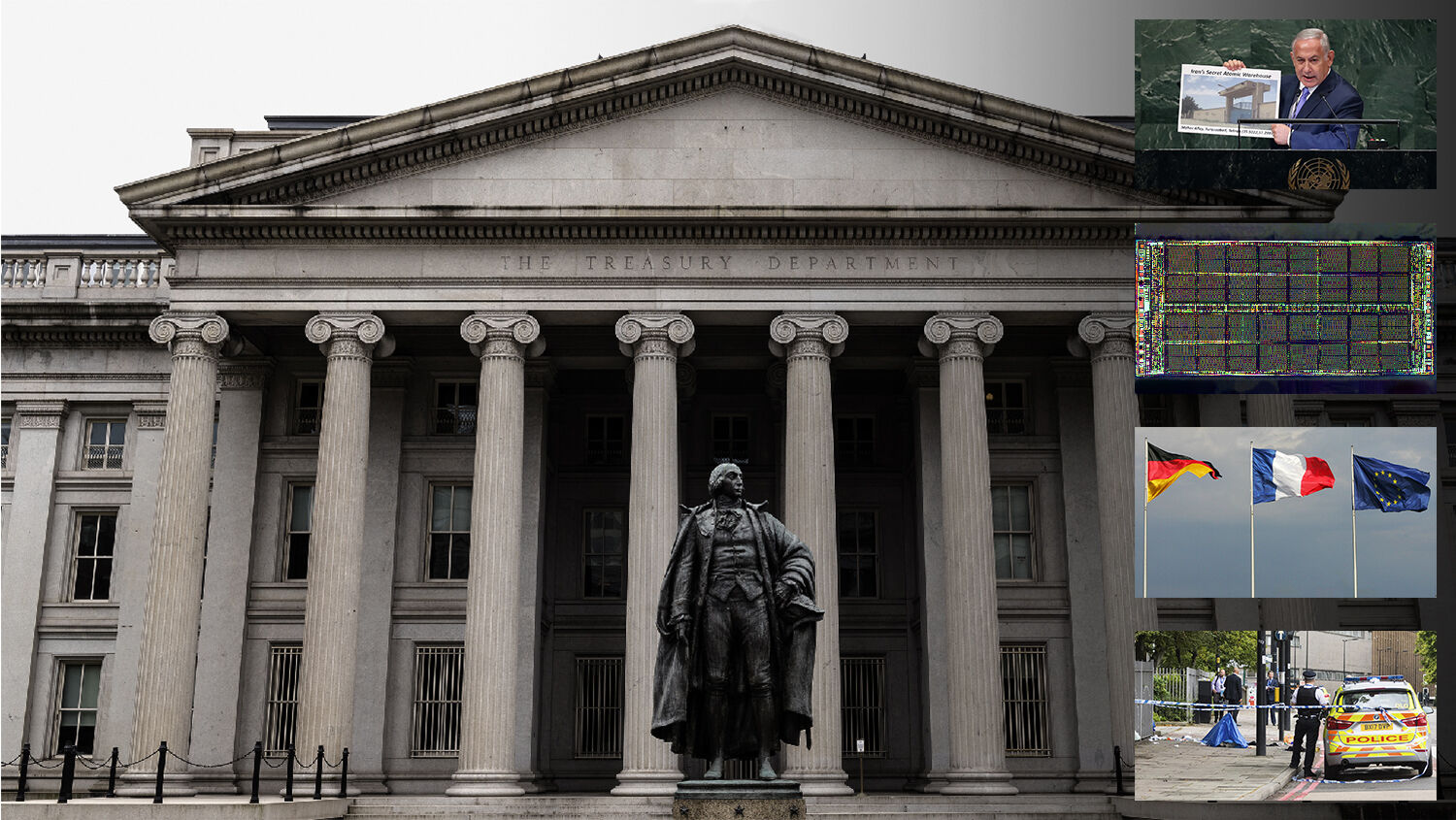 Chinese espionage, the Iranian nuclear threat, a key step toward a European empire and more

A Chinese state-owned company and its Taiwanese partner stole up to $8.8 billion worth of patented American technology, according to United States Justice Department charges unsealed this month. The technology includes special dram microchips, which are vital components of most electronics such as smartphones, cars and tvs.

Read our article “China Steals U.S. Trade Secrets—and Fulfills Bible Prophecy” to learn how this growing trend is actually a dramatic fulfillment of biblical prophecies recorded by Moses more than 3,000 years ago!

Iran Got Far Closer to a Nuclear Bomb Than Realized

“Iran has already overcome some of the obstacles to building a bomb which experts thought it had not yet overcome,” the Jerusalem Post noted recently. According to comments made by physicist David Albright, if Iran restarts its centrifuges, it could enrich enough weapons-grade uranium to build its first nuclear weapon in about seven to 12 months.

“One of the most worrying aspects of Iran’s growing power is its flirtation with nuclear weaponry,” writes Trumpet editor in chief Gerald Flurry in The King of the South. “Iran has had a nuclear program of its own for many years. Information leaks have shown that Iran, while publicly stating that its program is purely for energy use, actually wants other nations to know it could be a nuclear threat.”

That threat appears to be growing more with each month.

Germany and France Agree on Another Step Toward a European Empire

Last weekend, French President Emmanuel Macron and German Chancellor Angela Merkel met in Berlin, where Macron spoke of a “Franco-German responsibility in preparing for the future and the refounding of Europe.”

One part of this “refounding of Europe” is a single budget, which European Union finance ministers agreed to in principle, during what they called a “breakthrough” meeting on Monday. It’s a controversial yet very important step toward a European superpower prophesied in the Bible.

The last time the United States debt went down over a one-year period was in 1957, when it went from $273 billion to $271 billion. Since then, the debt has drastically surged up to where it is today: over $21.7 trillion! These kinds of numbers are astronomical—nearly impossible for us to wrap our minds around! If every U.S. citizen—some 327 million individuals, including retirees, the unemployed, stay-at-home parents and even little infants—were to devote $10 every day to pay off that debt, it would take nearly two decades. And that is not taking into consideration interest, inflation and the fact that the debt would keep rising during all those years.

London surpassed its 2017 total for murders on November 12, when a man with a crossbow committed the city’s 122nd homicide of 2018. The vicious murderer struck a 35-year-old pregnant mother in the abdomen while her five children looked on.

The British government’s efforts to reverse this disturbing trend are not enough. Read “Why the Trumpet Watches Moral Decline In Britain and America” to learn more about this trend and about the only sure way to stop it.