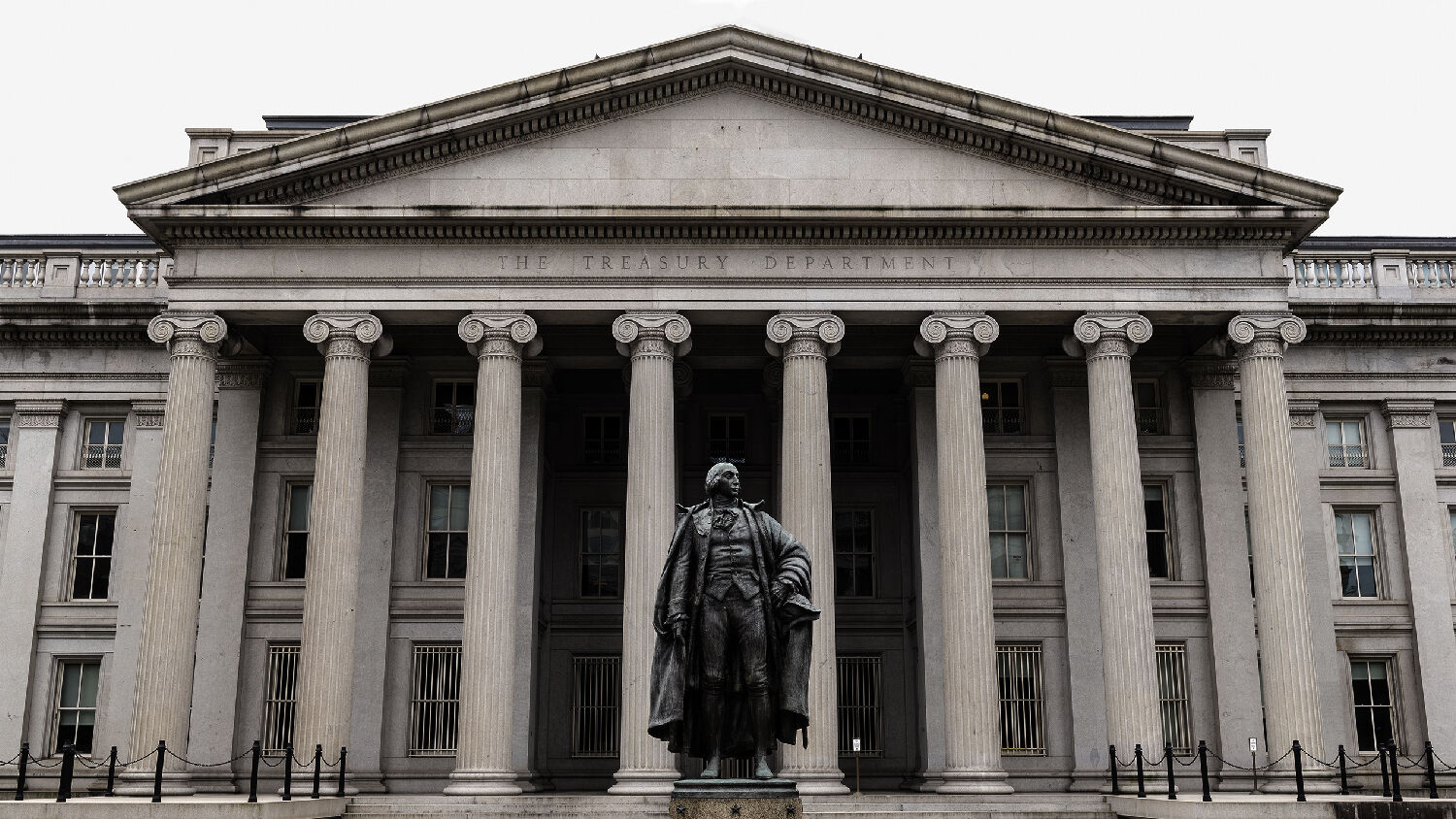 Most are naively unconcerned that America is spending billions more than it earns.

When it comes to money, Democrats and Republicans may disagree on how and where to spend it, but they do see eye-to-eye in one regard: spend more, borrow more.

The last time the United States debt went down over a one-year period was in 1957, when it fell from $273 billion to $271 billion. Since then, the debt has drastically surged up to where it is today: over $21.7 trillion! This number is astronomical—nearly impossible for us to wrap our minds around! If every U.S. citizen—all 327 million of us, including retirees, the unemployed, stay-at-home parents, and even little infants—were to devote $10 every day to pay off that debt, it would take nearly two decades. And that is not taking into consideration interest, inflation and the fact that the debt would keep rising during all those years.

The 2018 fiscal year just closed at the end of September. During that year, the five biggest areas of government spending were, from most expensive to least, Social Security benefits, Medicare, military, Medicaid and interest on the public debt. In total, these five categories accounted for over $2.7 trillion of national spending (this according to Bruce Yandle, a distinguished economist and fellow with the Mercatus Center at George Mason University). The U.S. is able to borrow so much to spend on these projects because it pays historically low interest rates on its debt. Yandle warns that all it will take is a rise in interest rates and the U.S. may no longer be able to pay even the interest costs. Yandle wrote:

Now, let’s play some number games. Assume that all the Big Five expenditures except for interest costs are held constant. Then suppose the average interest rate paid by the U.S. Treasury for all debt outstanding rises from the September 2018 level of 2.86 percent to the September 2008 level of 4.65 percent. …

If so, America’s debt interest costs would rise from $343 billion to a whopping $555 billion, which is slightly more than current defense spending. To finance a cost equal to that of a second American military, we’d either have to make painful cuts to all the other categories—in the Big Five and beyond—or borrow even more, which would of course mean more total debt and even more interest costs.

It is far more likely that our borrow-happy government would opt to go further into debt rather than making frugal cutbacks.

The recent U.S. midterm elections point toward further financial grave-digging. For the past 60 years, no matter which party was in charge of the government, the national debt rose steadily. But now we have a House and Senate controlled by opposing parties, meaning future federal budget agreements will be extremely difficult to reach, and any agreements that are made will most likely not promote frugality.

To this point, Stan Collender wrote for usa Today, “[T]o the extent there are any budget-related agreements between House Democrats and Senate Republicans over the next two years, they are likely to be on things that will increase the deficit even further. The new Republican Senate and Democratic House will each demand that their spending preferences be accommodated before they will agree to support what the other wants. The result could either be that nothing gets added to the already soaring deficit outlook, or they pile on billions more.”

And it is not just the federal government that is spending more than it earns. The total personal debt (including credit card debt, mortgage debt, car loans, etc) of American citizens is over $19 trillion. That’s nearly as much as the national debt.

In his article “The King of Debt,” in the April 2018 Philadelphia Trumpet, executive editor Stephen Flurry wrote:

We are a nation focused on instant gratification, selfishness and greed. This explains why the wealthiest nation in history is still borrowing astronomical amounts of money. …

Living according to the spiritual principle of giving produces prosperity. Borrowing is about getting for self, regardless of the consequences. God says in Acts 20:35 that it is more blessed to give than receive. If you are giving, God says you will be blessed. If you are living within your means, saving, managing and preparing for the future and thinking about your children, then you will be blessed! …

As a nation, we have dug ourselves into a pit from which we will not escape, purely because of selfishness and greed.

The Bible prophesies of blessings and curses that will come upon the modern descendants of ancient Israel depending on whether they live according to God’s laws or turn away toward a lifestyle of sin. (Our free book The United States and Britain in Prophecy, by Herbert W. Armstrong, will prove to you that America and the United Kingdom are the preeminent nations descended from ancient Israel.) A lifestyle of sin is certainly what we see in America today.

Deuteronomy 28:12 says that if the people obey God, “The Lord shall open unto thee his good treasure, the heaven to give the rain unto thy land in his season, and to bless all the work of thine hand: and thou shalt lend unto many nations, and thou shalt not borrow.”

But notice what God says will happen if Israel turns away from God: “The stranger that is within thee shall get up above thee very high; and thou shalt come down very low. He shall lend to thee, and thou shalt not lend to him: he shall be the head, and thou shalt be the tail” (verses 43-44). Being in debt is a curse! It is the antithesis of the powerful, blessed position of being the lender. The lender rules over the borrower (Proverbs 22:7).

Spending more than you earn, borrowing far more than you can pay back, leads to personal ruin—but on a nationwide level, it brings about the downfall of a nation. If America refuses to repent, it will lead to national collapse. But that is not the end. Read Trumpet editor in chief Gerald Flurry’s booklet Great Again to understand the details behind America’s coming demise and learn how God will raise up the nations of Israel after their fall to make them truly great again.