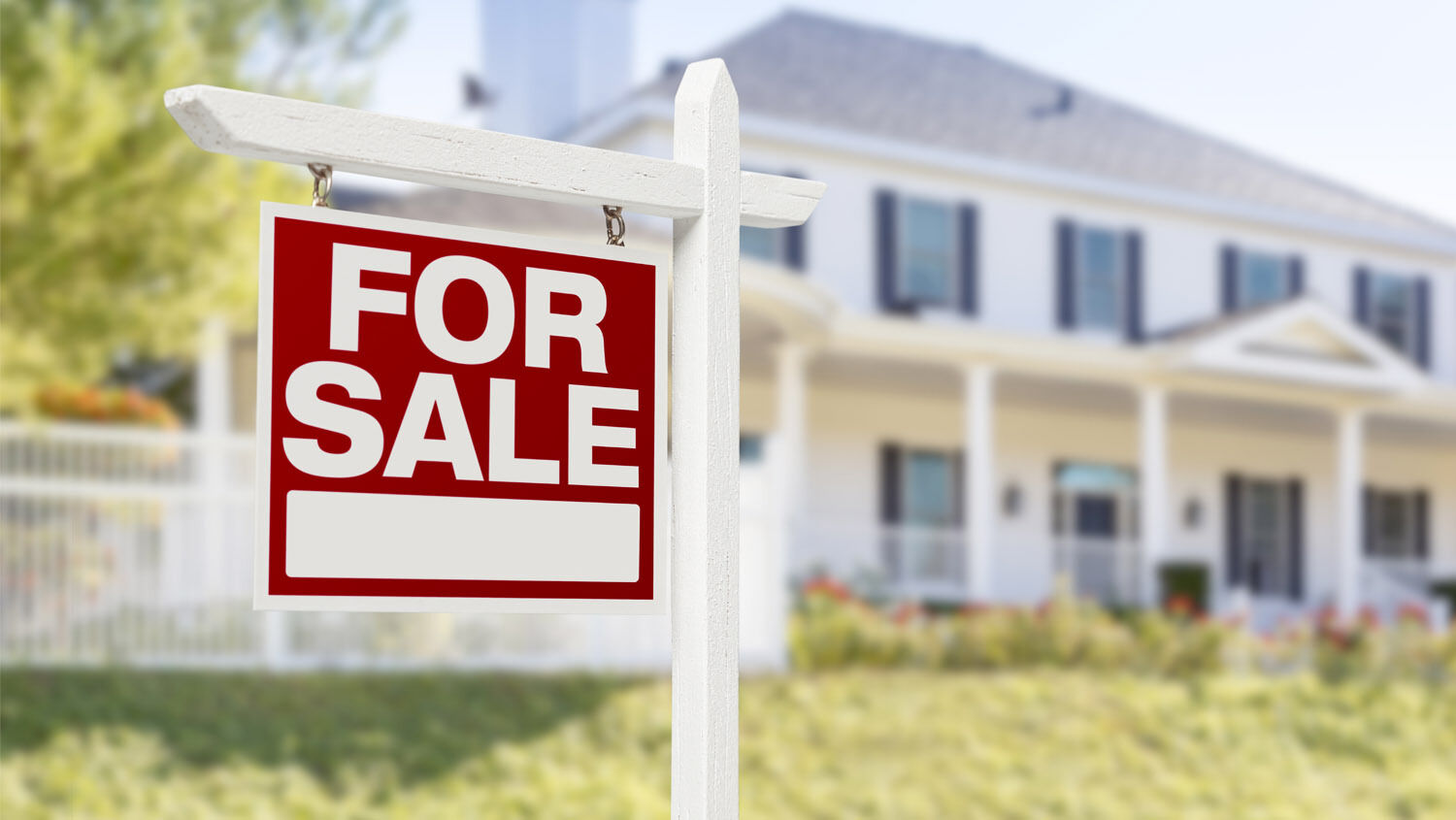 The dream that ‘house prices only go up’ is ending.

australia
Australian homeowners are waking up to find the roof over their heads is worth less than it was yesterday. Or the day before. In fact, across Australia, house prices have been falling since August 2017. The inflation of house prices that has helped stave off recession since 2008 is over. As bloated prices deflate, homeowners are facing a financial crisis of literal biblical proportions.

The national average home price has dropped 3.5 percent this year. Since August 2017, home prices in Sydney and Melbourne have plunged 8.2 percent. This means that many homeowners have been losing more than $1,000 per week in property value.

As economists release their dire estimates for 2019, Aussies are waking up to the crisis. Once cheerful or dismissive news analysts are daring to talk broader consequences. The Guardian wrote, “Sydney and Melbourne represent about 60 percent of the national market by value, and house price declines in those cities are likely to have a major impact on the economy overall.”

Capital Economics warned that this is the “longest and deepest” downturn in Australia’s modern history. It told Business Insider that falling house prices could reduce total Australian household wealth by “$800 billion over the next few years.”

But even those who are waking up and trying to cut their losses and run are finding it increasingly difficult to manage even that.

In Sydney and Melbourne, auction clearances are at 50 percent. Homes won’t sell. Why? There is a staggering number of new homes, the construction industry swelled after the mining boom and miners moved into the trades. Chinese growth and rocketing prices meant business was booming. Australia became apartment-crazed.

As you drive around southern Brisbane, you can’t avoid the array of townhouse complexes that freckle the suburbs. It doesn’t take a financial guru to work out what happens when you have this over-supply of homes: Prices nosedive.

Investment bank Morgan Stanley rates Australian household debt among the world’s riskiest. Its analysts believe the current downturn is still in the early stages. They are predicting a further 10 to 15 percent drop. Debt levels are high. Income growth is low.

But thousands of Australians sleep with this bomb ticking under their pillows. Many have drifted into the dreamscape where, to get ahead, you need to buy property even if you must plunge yourself deep into debt. For some, the dream that “house prices only go up” is strong enough to drown out the incessant “tick” of the debt bomb.

There certainly isn’t a wake-up call coming from the Reserve Bank of Australia (rba). Ever frightened of causing panic, the bank remarks that prices are “easing.” Sounds much nicer than “falling,” doesn’t it? Never mind that Australian banks currently hold $1.7 trillion in mortgages for owner-occupiers and investors. That is higher than any country in the Western world. Never mind 13 months of falling prices into what appears to be a never-ending hole.

But the bank’s soft words are lulling back to sleep some who are eager to dismiss the “alarmist” economists. News.com.au aptly put it, “[W]e should all hope the rba has everything figured out, and there really is no reason to panic on housing prices. Because the alternative will be too horrible to contemplate.”

Aussie banks are at the mercy of the real-estate market. Up to 60 percent of loans are for mortgages. If interest rates rise, the already-burdened homeowners will struggle to pay their debts. It could lead to a banking crisis.

On top of that, when homeowners’ property values fall, they spend less overall. Credit also becomes harder to access. This damages the retail industry. People don’t spend $20 for avocado on toast when they are at risk of losing their homes. As spending decreases, the domestic economy falters. If it staggers long enough, this can lead to higher unemployment, business closures and mass-mortgage defaults.

A May study by Finder.com.au found that 1 in 6 Australians openly admits to having already missed mortgage payments. Martin North told abc News that a 0.15 percentage point increase in interest rates could push another million Australians into mortgage default. Homeowners are living on the edge of a deep financial ravine.

So too is the government. Local and federal governments rely heavily on the taxes generated by rising property prices. Honestly, politicians don’t want affordable housing. That would mean less tax revenue and smaller government budgets. It would mean having to cut back—a move that doesn’t win elections. As abc News noted, “Either property prices need to collapse, which would only occur as part of an apocalyptic economic event, or wages need to take off, which no major party is likely to endorse.”

Individuals, businesses, local and federal governments—all will be drastically affected by a major home price downturn. After 13 months of falling prices, such an Aussie apocalypse is now openly discussed. But the Trumpet has been contemplating it for years.

The Source of Wealth

As shocking as it may be to some, our national wealth is not the result of our ability to manipulate the prices of houses, minerals, natural gas or didgeridoos. It came as a result of blessings that God promised to the descendants of Abraham!

“I am God Almighty: be fruitful and multiply; a nation and a company of nations shall be of thee, and kings shall come out of thy loins” (Genesis 35:11). God promised Abraham that his descendants would become one great nation and a great company (commonwealth) of nations. This promise was reiterated to Abraham’s son, grandson and great-grandsons, Ephraim and Manasseh.

But God didn’t give the blessing right then and there. In fact, God delayed the promise for more than 2,500 years! But God’s Word is sure. “God is not a man, that he should lie …” (Numbers 23:19). Notice when this blessing was fulfilled. In his free book The United States and Britain in Prophecy, Herbert W. Armstrong wrote:

The most remarkable fulfillment of biblical prophecy in modern times was the sudden sprouting forth of the two mightiest world powers—one, a commonwealth of nations forming the greatest world empire of all time; the other, the wealthiest, most powerful nation on Earth today. These birthright peoples came, with incredible suddenness, into possession of more than two thirds—nearly three fourths—of the cultivated wealth and resources of the whole world!

This is a prophecy of the United States of America reaching global power status and of Britain as the mother of a great commonwealth of nations—Australia included! Ample proof of this fact is given in The United States and Britain in Prophecy. This book has gone out to millions of people throughout the world. And the Trumpet offers you a free copy.

If we can read with an open and unbiased mind, then we can see that God promised our current wealth long ago. And He also warned that it could be taken away.

Now we get to the true cause of Australia’s deflating economy—and a host of other national curses!

Take some time to read Deuteronomy 28. It is a chapter about blessings for obedience and curses for disobedience. Notice how the chapter begins: “[I]f thou shalt hearken diligently unto the voice of the Lord thy God, to observe and to do all his commandments which I command thee this day, that the Lord thy God will set thee on high above all the nations of the earth.”

Read these sure promises from the Eternal God for those who observe and do His commands. But the same can be said for the curses.

Verse 15 onward describes the curses that come from disobedience. “Cursed shalt thou be in the city, and cursed shalt thou be in the field” (verse 16). Doesn’t that describe Australia? The nation’s farmland is stricken with drought. Meanwhile, economic and social problems are brewing in the cities! The curses also include debt and being under the foot of lender nations (verse 44). God warned that we would build homes, but not live in them (verse 30).

These are terrible events that God says are coming on our nations, unless we repent! It is high time we wake up, not only to the economic housing crisis but to its ultimate cause. It’s time we look to our Creator and the one who bestowed upon us the incredible blessings of Abraham.

If you want to make this change, start by ordering your free copy of The United States and Britain in Prophecy, by Herbert W. Armstrong, and get to know the God who can and will bless your obedience, in this life and the next.