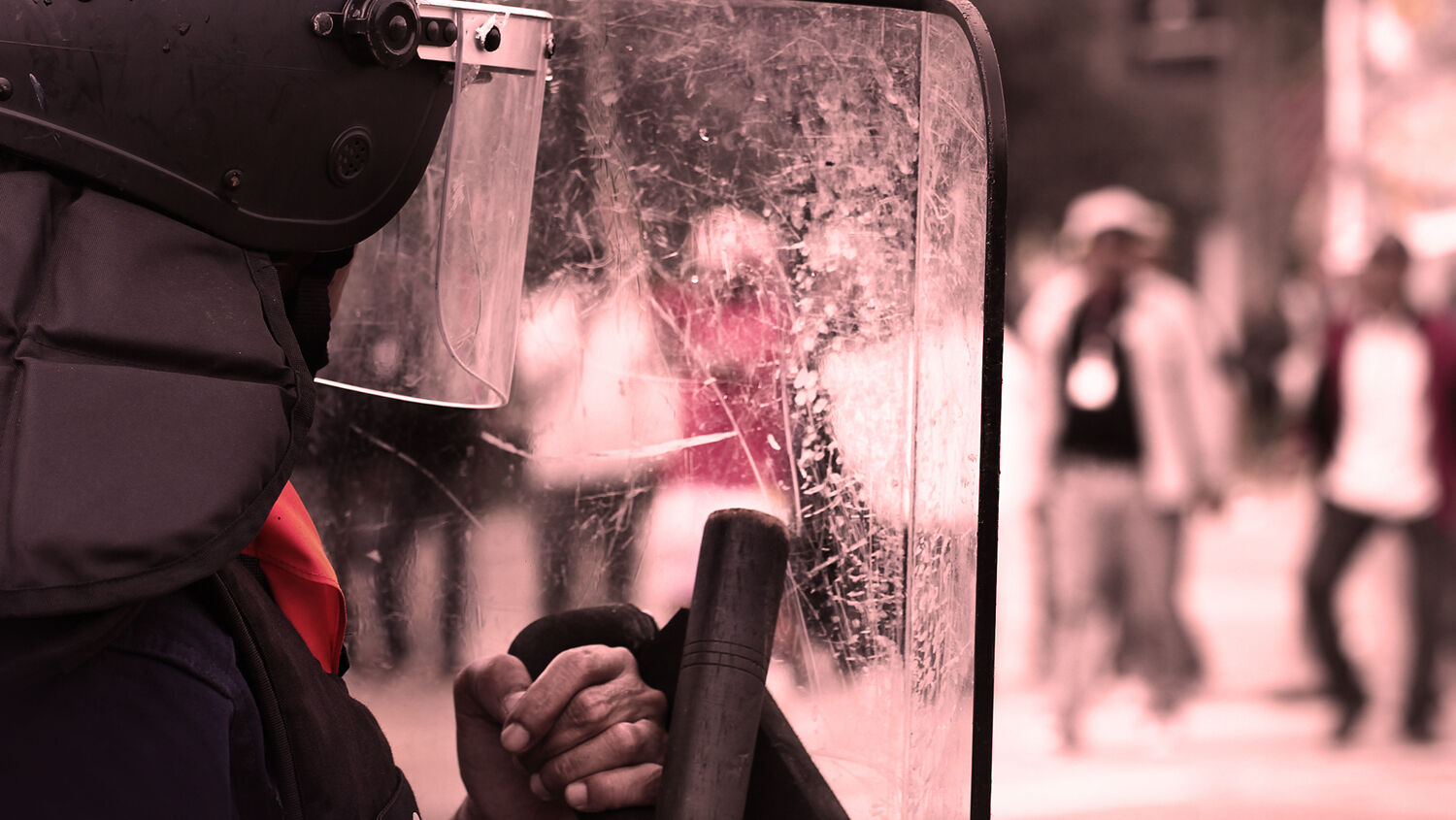 One third of Americans think a civil war is coming, but almost no one understands why it is coming.

There are a matter of hours until midterm elections conclude and millions of Americans finish casting their ballots for 35 seats in the Senate and all 435 seats in the House of Representatives. But not all Americans are prepared to peacefully accept the results of the election. Actor James Cromwell told Variety magazine last Sunday that if the Republicans maintain their congressional majority, there will be “blood in the streets.”

“This is nascent fascism,” Cromwell said. “We always had a turnkey, totalitarian state—all we needed was an excuse, and all the institutions were in place to turn this into pure fascism. If we don’t stop [President Donald Trump] now, then we will have a revolution for real. Then there will be blood in the streets.”

Cromwell clarified his comments the next day, posting on Twitter that he was referring to the “blood of protesters” and not “calling for the left to violently attack.” Yet by referring to the president as a fascist who will establish a totalitarian state if Republicans win the midterms, activists like Cromwell are stirring up the very revolution they say is coming.

“You cannot be civil with a political party that wants to destroy what you stand for,” Clinton told journalist Christiane Amanpour on October 9. “I believe if we are fortunate enough to take back the House and/or the Senate, that’s when civility can start again. But until then the only thing that the Republicans seem to recognize and respect is strength.”

Will this incivility lead to blood in the streets?

Last summer, Rep. Maxine Waters called on her supporters to publicly confront and harass members of the Trump administration. Liberal celebrity Peter Fonda threatened violence against President Trump’s 12-year-old son. It seems an increasing number of leftists are adopting the view that they should unshackle themselves from the constraints of human decency to fight Republicans and the Trump administration. After years of voting progressive policies into law via the ballot box, many leftists are returning to 1968-style protesting now that their opposition is in power.

During the 1960s and 1970s, the Black Panthers, the Weather Underground and other leftist groups resorted to terrorist tactics to fight the U.S. government. According to a Politico article titled “Here’s What Happened the Last Time the Left Got Nasty,” there were some 41,000 bombings or bomb threats during the first 15 months of Richard Nixon’s presidency. Things have not gotten quite that bad during the first 24 months of Donald Trump’s presidency, but many leftists are using familiar tactics: celebrity activism, comparisons to Nazis, civil disobedience, mass demonstrations and, in some instances, outright violence. This poisonous atmosphere has also motivated a few mentally disturbed Trump supporters—like 56-year-old Cesar Sayoc Jr—to threaten violence against Democratic Party leaders.

The push to return to 1960s-style violence will likely intensify if Congress remains under Republican control. Amidst the rioting of the 1960s, Plain Truth editor in chief Herbert W. Armstrong warned that far-left ideology would strip America of its blessings—the greatest national blessings ever conferred on any people—not because socialists outmaneuvered conservatives, but because the American people as a whole have turned away from God’s law. In particular, he warned that Communist thought would pervert America’s morals, sabotage its educational system, wreck its social structure, destroy its spiritual life, and weaken its economic power.

“Why are our people unable to recognize the Communist line—the Communist plan and conspiracy—in college and university riots, in propaganda accusing ‘police brutality,’ in ‘black power,’ ‘Black Panther’ and other slogans, even in ‘civil disobedience’ and ‘nonviolent’ movements of protest which lead to violence?” he asked in the March 1969 Plain Truth. “The guiding hand in student revolt is the Communist Party. Many students, their emotions stirred and enraged to violence, do not themselves realize this. Yet actually, these young leaders of the ‘New Left’ movement are going beyond the Communist Party. Their plan is to stir up college-age students to revolt first, and the teenage high school adolescents. If they can corrupt and/or win over tomorrow’s students, they will gain control.”

Mr. Armstrong based his forecast not only on current events but also on Bible prophecy. Anciently, God told the Prophet Ezekiel to record a message for the people of end-time Israel.

“And say unto the people of the land, Thus saith the Lord God of the inhabitants of Jerusalem, and of the land of Israel; They shall eat their bread with carefulness, and drink their water with astonishment, that her land may be desolate from all that is therein, because of the violence of all them that dwell therein. And the cities that are inhabited shall be laid waste, and the land shall be desolate; and ye shall know that I am the Lord” (Ezekiel 12:19-20).

Mr. Armstrong explained in his most popular book, The United States and Britain in Prophecy, that these verses and many others apply primarily to the U.S. and Britain. Cities will be laid waste “because of the violence of all them that dwell therein.” This verse describes violence between those who dwell in the same land—i.e., civil war.

How could a dramatic prophecy like this be fulfilled? How could the most powerful and prosperous nation in human history fall into such a terrible fate? One of the major reasons that Americans are clashing with one another is over the issue of government control. By definition, liberal socialism directly opposes limited government.

The clash between the two ideologies is leading to a violent revolution. But the fundamental reason this is happening is not because President Trump is a fascist, as James Cromwell and many other leftists claim. Nor is it because of too few Republican voters. The reason is that the American people as a whole have turned away from God’s law.

According to one recent poll, an estimated one third of Americans think a civil war is coming. Yet almost no one understands why it is coming. To learn why midterm election violence is a harbinger of civil war, and to learn how God will restore America to greatness after its people finally turn to Him and repent, read Great Again, by Trumpet editor in chief Gerald Flurry.