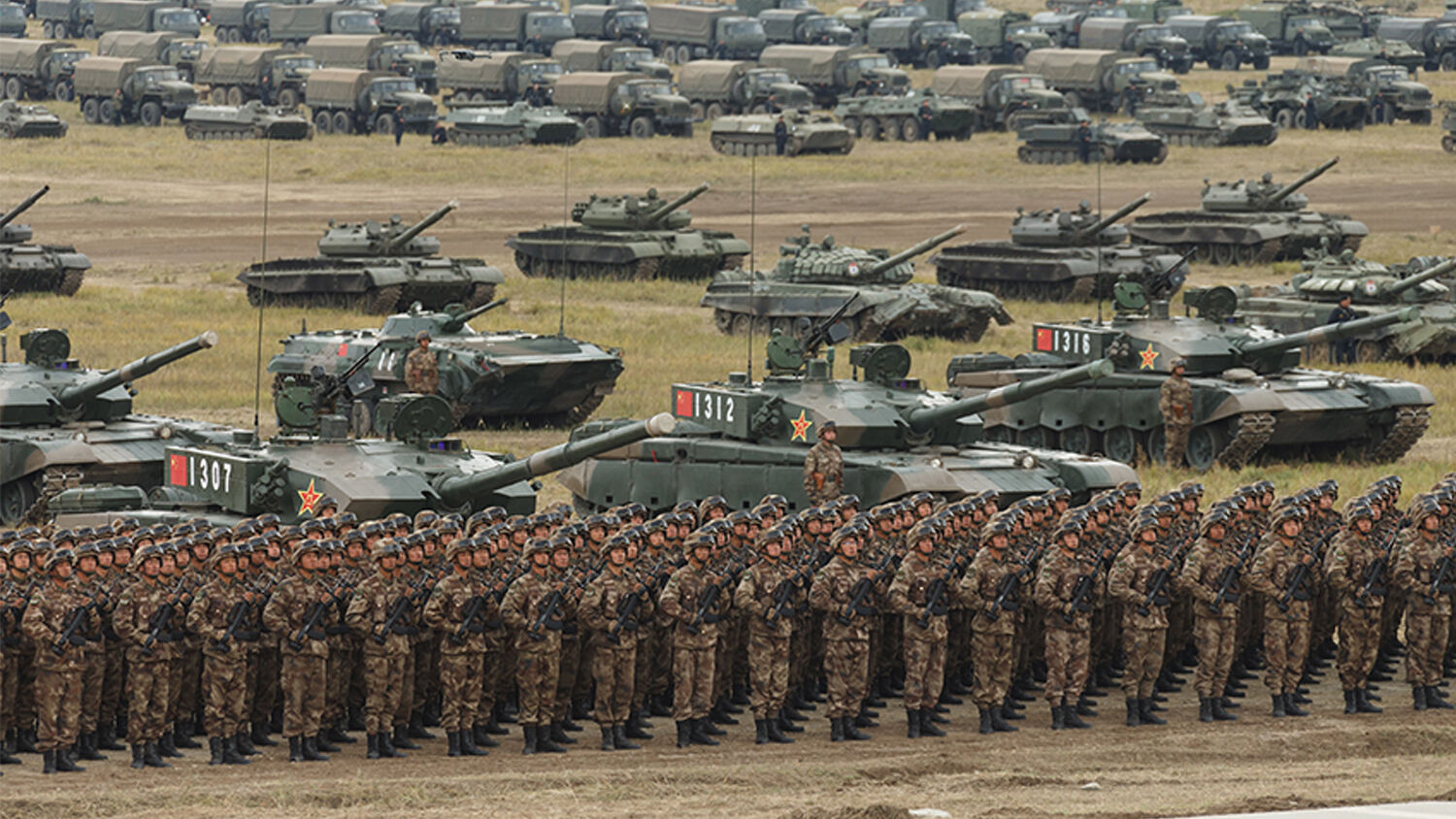 The Chinese military parades the hardware used in the Vostok 2018 military exercises held jointly by the Russian Armed Forces and the Chinese People’s Liberation Army at the Tsugol range in Russia on September 13.
Getty Images

Listen to the October 18, 2018, episode of the Trumpet Daily Radio Show.

Japanese vehicles storm a foreign beach for the first time since World War ii, and Russia and China hold the biggest military drills in history. What is behind Asia’s militarization and where is it leading? Also on today’s show, what’s behind the Orthodox schism and the bbc asks, “Why is Germany beefing up its military?” Trumpet contributing editor Richard Palmer examines these questions on today’s show.