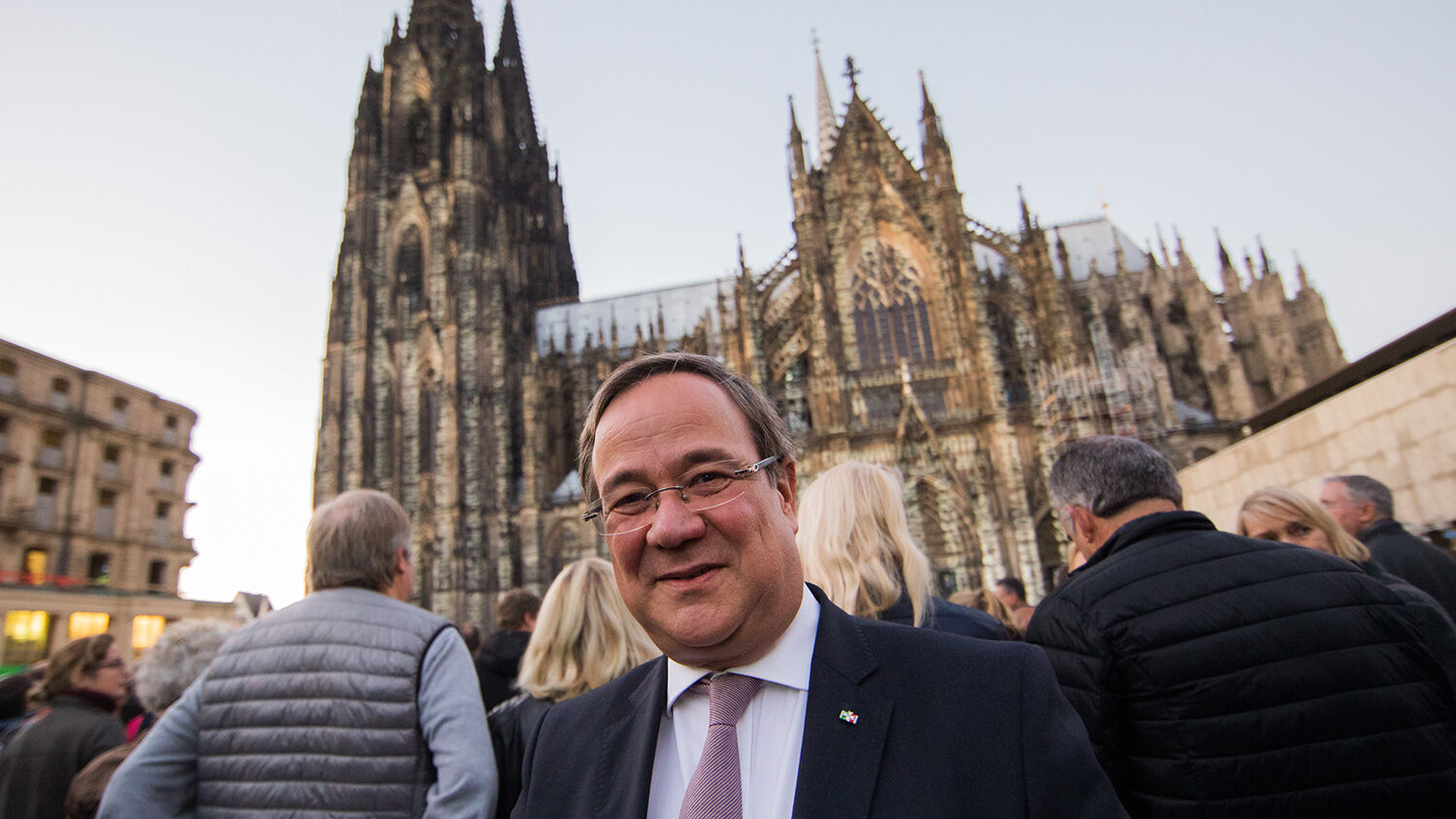 The German state of North Rhine-Westphalia signed an agreement with the Vatican on October 9 to avert the secularization of one of its leading universities. After the Diocese of Essen shifted its priest training program from Bochum University to the seminary of Münster, Bochum’s theology program was close to becoming extinct. But then North-Rhine Westphalian State Premier Armin Laschet, a man who is seen as a possible successor to German Chancellor Angela Merkel, intervened. Laschet saved the religious program by providing needed financial support.

About 750 men and women study Catholic theology at the university. The faculty consists of 12 core professors and covers all areas of theology. Europe’s educational system has become increasingly secular over the last several years, however, and with the priest training program moved, the religious department of the university was close to dying out.

Last May, Laschet visited the Vatican and discussed the increasing secularization of European universities, among other topics. Despite its influence in Europe, the Vatican’s power to change the course of events lies solely in the willingness of politicians to cooperate. Laschet is willing to work with the Vatican to fight Germany’s trend toward secularism. According to the official website of the Roman Catholic Church in Germany, during his visit, Laschet promised to intervene in situations like this.

Laschet is a strong defender of the Catholic faith, whether the threat comes from secularism or other religions. Even as Pope Francis highlighted the importance of dialogue between religions, Laschet emphasized after his private audience with him that emerging Islamic academic chair positions should never “be to the detriment of Christian faculties and chairs.”

Laschet is the head of Germany’s most populous state and is increasingly seen as a very likely candidate to replace Chancellor Merkel. Laschet has recently used his strong political influence to increase Germany’s religious awareness.

“Our society is changing. More than ever before, the urgent questions of our time demand ethical answers,” Laschet said during his visit to the Vatican. “In this regard, theology is essential, because religion also has a social and a political effect. I am all the more pleased that Catholic theology in Bochum still has a permanent place in science.” To ensure that this will not change, Laschet signed a special agreement with the Vatican. The State Chancellery announced:

Minister of State Armin Laschet received the papal nuncio to Germany, Archbishop Nikola Eterović, on Tuesday, Oct. 9, 2018, in the state chancellery. Both sides signed diplomatic notes, in which both the Holy See and the state of North Rhine-Westphalia [agreed to promote] Catholic theology in Bochum.

The date of the agreement between North-Rhine Westphalia and the Vatican is the same day that Charlemagne was crowned king of the Franks. On that day, Katholische.de published an article titled “Charlemagne—Founder of Christian Europe,” which stated:

Charlemagne decisively shaped the developing Europe—with a firm hand and political skill, he united the Reich and Christianized the formerly pagan areas. On Oct. 9, 768, he was anointed king.

The fact that the North-Rhine Westphalia-Vatican agreement was signed on the 1,250th anniversary of Charlemagne’s coronation is probably not a coincidence. The tradition of politicians supporting the education of priests in Germany began with Charlemagne. The first religious centers that Charlemagne established for educating priests were in the region now known as North-Rhine Westphalia. Using these trained clerics to secure his power, he spread Catholic Christianity throughout Europe for the first time.

While Laschet’s commitment to safeguard religious education may seem to be a minor event, it is a part of a prophesied trend. Prophecies, such as those found in Revelation 13 and 17, show that religion will once again surge in Europe, promoted by Europe’s political leaders.

With Laschet’s support, Catholicism and the history of the Holy Roman Empire are regaining their prominence in North Rhine-Westphalia. In September, 150,000 people came to the five-day Cologne Cathedral Pilgrimage, which included services, music, cultural events and a light show that highlighted the cathedral as a “lighthouse of peace.” Laschet was patron of the project and gave its opening speech. Dean of the Cologne Cathedral, Gerd Bachner, said the number of participants “far exceeded our expectations.”

The festival week “40 Years of the World Heritage Aachen Cathedral” was attended by approximately 73,000 people, the cathedral chapter announced on Sunday. Provost Manfred von Holtum was delighted with the successful mix of services, concerts and cultural events. Culture and religion belong together, he said at the closing service in the cathedral. “Being Christian is culture.”

At Aachen, the religion and politics of Europe united under Charlemagne, forming one of the most significant revivals of the Holy Roman Empire in history. Aachen, according to Steinmeier, had been a “world-historical hinge” in Charlemagne’s time, “recipient and guardian of a great heritage and by itself again the beginning of a new epoch.” German newspaper Aachner Zeitung commented, “After all, the Frank had seen himself as the heir of the Roman Empire, in direct line with Constantine, the first Christian emperor.” The spread of Catholic Christianity, as it originated in Rome, has always relied heavily on the support of political leaders like Charlemagne and Constantine.

In his booklet Who or What Is the Prophetic Beast?, the late Herbert W. Armstrong wrote: “It was Constantine, emperor of the Roman Empire, not a pope, who made Sunday the official so-called Christian day of rest. But it was enforced—people were caused to accept it universally—by the church!” Mr. Armstrong explained that prophecy indicates Sunday rest will again be enforced in our day. For this to happen, Europe needs leadership that is willing to take a stand for the church.

Armin Laschet, like other emerging leaders in Europe, is working diligently to bring Catholicism back into education and politics. To learn more about where this trend is leading, read “The Holy Roman Empire Goes Public—Big Time!”, by Trumpet editor in chief Gerald Flurry.