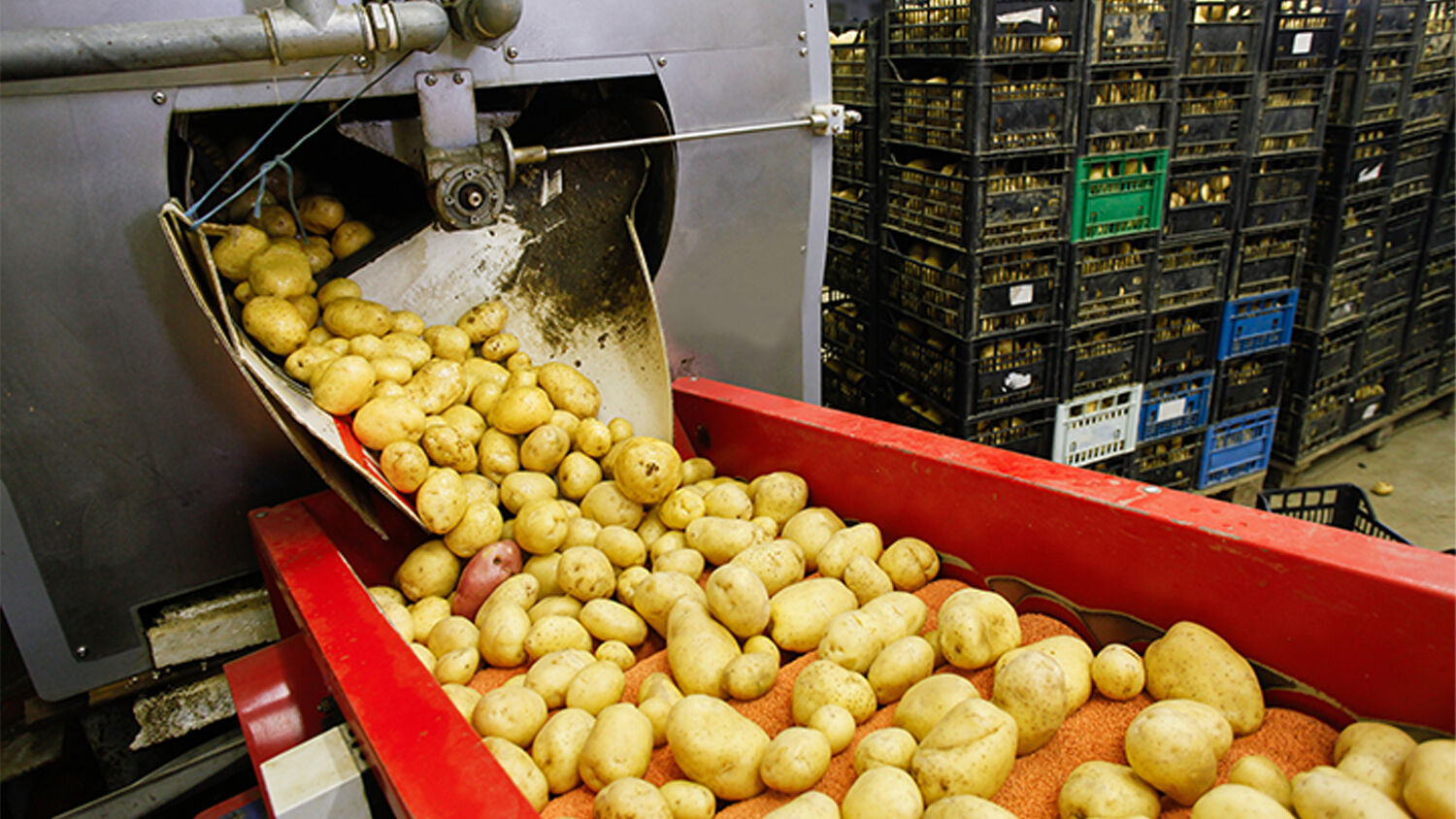 The next wave of mass famines will be the most destructive of all time.

“It’s kind of amazing that our future food supply depends so much on what happens in this one country.” Those are the words of journalist Brendan Borrell during an interview with Planet Money earlier this year.

He was talking about Morocco.

The reason our future food supply depends so much on this North African country is because it is home to some 75 percent of the world’s known phosphorus reserves. This gives Morocco a near-monopoly on the trade of the mineral.

Why does it matter? Because phosphorus is a key component of the synthetic fertilizers that have greatly expanded the amount of land usable for agriculture over the last century and have quadrupled the productivity of existing agricultural lands. In 2016, the Atlantic said phosphorus-dependent fertilizers have “allowed millions of people who would have otherwise starved to be fed.”

The United States—the world’s number one exporter of food—obtains some 42 percent of its phosphorus imports from Morocco. Mexico, Australia, New Zealand, Lithuania and Canada are also major importers of Moroccan phosphorus.

But Morocco’s reserves, like the far smaller ones of a handful of other nations, are not limitless.

“We’re on a finite planet with finite reserves of phosphorus,” investment expert Jeremy Grantham told Planet Money. “[W]e are mining it and running through the supply” and this “should make the hair on the back of everybody’s neck bristle,” he said.

Authorities have been aware of the limited supply of phosphorus for decades, but since its price was cheap, the finite supply never seemed to pose an immediate threat.

When the global financial crisis struck, the price of phosphorus skyrocketed by 800 percent. As a result, food prices around the world soared. “I would argue that that was a shot across the bows,” Grantham said. “That was the first warning to planet Earth that we are beginning to run out.”

Another warning shot came the following year when the U.S. Geological Survey published a report saying peak phosphorus was only 24 years away, meaning production would begin falling, possibly precipitously, after 2033.

Borrell recently investigated Morocco’s phosphorus near-monopoly, and found that the nation is disturbingly secretive about its reserves. “It turns out that they don’t want to tell you a lot,” he said. “[T]hey’re trying to use this secrecy to their advantage. That way, they can dictate the price.”

In light of these facts, when Borrell says it is “amazing” that the world’s future food supply depends so much on what happens in Morocco, it seems that a better word here may be “alarming.” And the alarm becomes far more intense in light of the growing influence in Morocco of an actor that would relish the opportunity to decide who can grow food and who can’t.

On May 1, the Moroccan government announced that it had evidence that Iran was using its terrorist proxy Hezbollah to support a separatist group called the Polisario Front. Since the 1970s, Polisario has been fighting for the independence of Western Sahara, a region that the Moroccan leadership insists is part of Morocco. The dispute has raged for more than 25 years, and now Iran—the world’s number one state sponsor of terrorism—is reportedly giving Polisario military training and weapons.

Trumpet contributor Callum Wood wrote about this in August, saying, “Iran would love to destabilize Morocco through groups like the Polisario Front.”

Morocco’s cache of phosphorus is split between Western Sahara and Morocco. As for how much of it lies on the more secure northern side of the line, and how much lies on the southern side where Iran’s destabilization is focused, Morocco won’t say.

Geopolitical Futures wrote on August 23 that the Iranian destabilization efforts in Morocco are happening at a time when “anti-West sentiment and religious zeal are both on the rise, which is raising concerns in [Morocco’s capital] Rabat and elsewhere about the potential for religious extremism to take hold.” The most recent sign of this came in July when 30,000 individuals, Moroccan youth alongside 6,000 to 8,000 members of the banned al-Adl wal-Ihsan Islamist group, protested in the streets of Rabat. These “recent developments in Morocco have put that country’s stability in doubt,” Geopolitical Futures wrote.

In any other nation, these developments would be worrisome. But since the world’s food supplies depend so heavily on Morocco’s phosphorus, they are nothing short of alarming. They raise the specter of a return of mass famine in chilling fashion.

Trumpet editor in chief Gerald Flurry and coauthor Wayne Turgeon wrote about the impending return of famine in their booklet The Four Horsemen of the Apocalypse.

Their booklet thoroughly examines Revelation 6, which discusses the “seven seals”—with special focus on the first four, which are otherwise known as the four horsemen of the apocalypse. Verses 5 and 6 of this landmark Bible chapter describe the third of the four horsemen: “And I beheld, and lo a black horse; and he that sat on him had a pair of balances in his hand. And I heard a voice in the midst of the four beasts say, A measure of wheat for a penny, and three measures of barley for a penny ….”

The booklet explains: “[T]his third horseman of famine will have a specific fulfillment. It is ready to gallop into our immediate future with an impact far beyond the historic and present-day occurrences of localized famines.

“We are not discussing some dusty old prophecies. These are dramatic, dire prophecies that lie directly in front of us! … This great famine will eventually spread to every corner of the Earth before mankind repents in unconditional surrender to God (Philippians 2:10).”

Whether or not Iran’s destabilization efforts in Morocco play a role in the great famine of the future, the global food supply is far more vulnerable than we would like to think. And mass famines will return.

But Mr. Flurry and Mr. Turgeon explain that although this points to a bleak future, the Bible makes clear that God will provide a way of escape for those who will turn to Him.

To understand these “dire prophecies that lie directly in front of us” and the escape from them that is available to those who turn to God, please order a free copy of The Four Horsemen of the Apocalypse.