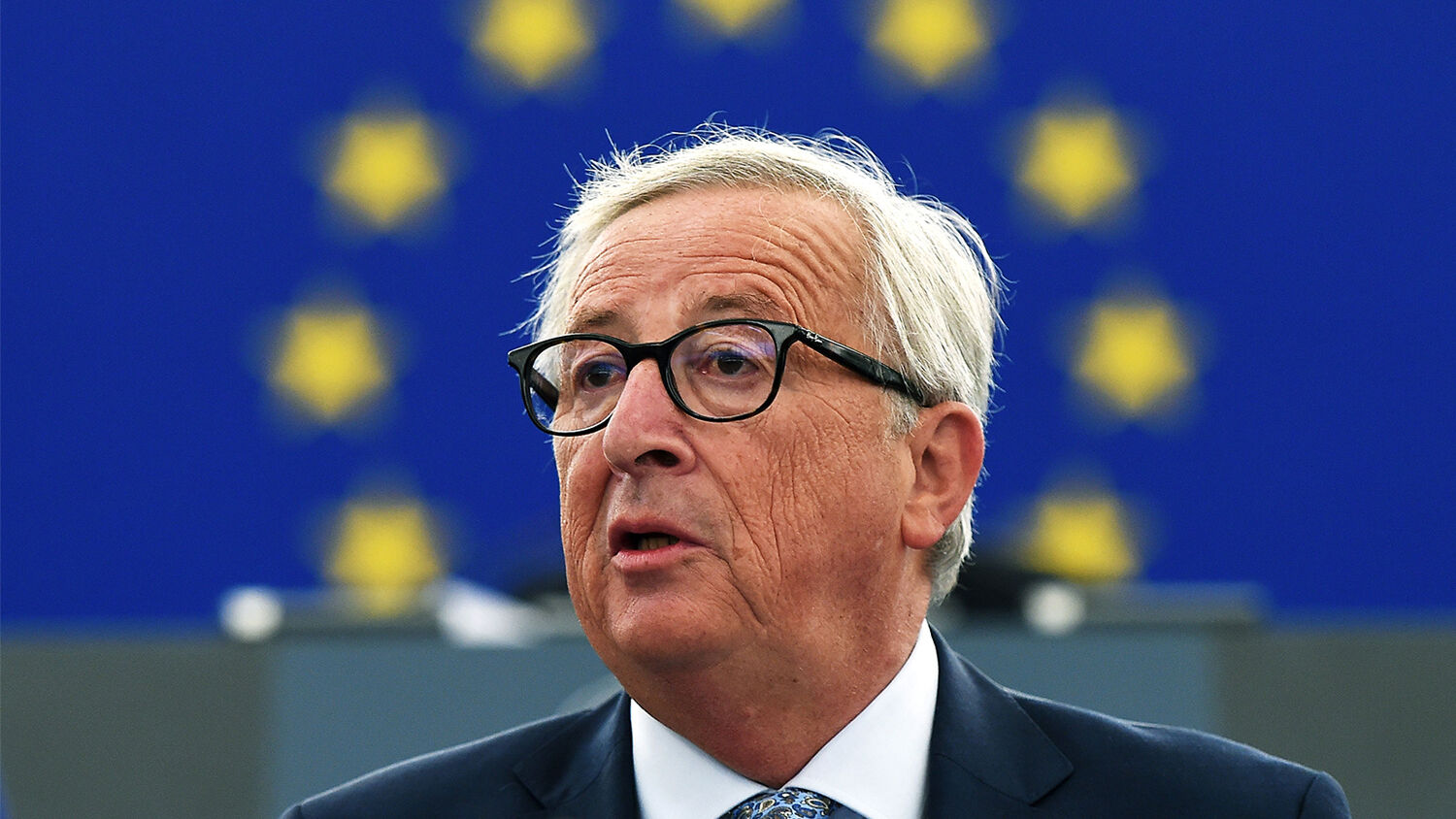 European Commission President Jean-Claude Juncker leaves after his State of the Union speech at the European Parliament.
FREDERICK FLORIN/AFP/Getty Images

Europe must dramatically expand its European Border and Coast Guard force, European Commission President Jean-Claude Juncker stated during his State of the Union address on September 12.

The European Border and Coast Guard was established in 2016 with 1,500 members. Original proposals estimated that the force would increase to 10,000 by 2027, but Juncker’s proposal accelerates this timetable by seven years.

The powers to be held by this proposed force are particularly notable. It will operate with executive powers and its own equipment, deploying “wherever and whenever” along the EU’s external borders as well as in non-EU countries. Its equipment is to include “vessels, planes and vehicles, available to be deployed at all times and for all necessary operations.”

The numerous responsibilities of this border force include the authority to conduct identity checks, to allow or deny border entry, to stamp travel documents, and to patrol and intercept illegal border crossings. The force will also have authority to implement the forced return of certain individuals.

The EU claims this force will operate under the command of whichever member state it is located in. Yet at the same time, it says that when the Union’s interests require it, the force can take emergency intervention even without the approval of the state it is intervening in.

The proposal emphasizes that such emergency measures should only happen in “a spirit of cooperation,” but that does not change the fact that the EU wants its armed border force to amass a considerable, and concerning, amount of power.

“We cannot continue to squabble to find ad-hoc solutions each time a new ship arrives,” Juncker said in his speech. “Temporary solidarity is not good enough. We need lasting solidarity—today and forever more.”

“[T]he international order that served Europeans so well after the Second World War is being increasingly called into question,” he continued. “In today’s world, Europe can no longer be certain that words given yesterday can still be counted on today. That old alliance may not look the same tomorrow.”

In a nutshell, the European Commission president’s State of the Union speech openly doubted the reliability of the United States as an ally, and pushed for a solution that involves a more powerful European central government building a more powerful border guard and deploying it in EU member states regardless of their consent.

The Trumpet wrote in an article earlier this year titled “Could an EU Army Actually Work?”:

It can send in its soldiers, even if the country they’re going to does not want the deployment. EU nations are giving up the legal right to have a monopoly of force within their own borders. For the first time, there will be a pan-European military force with the right to go anywhere it wants within the Union.

Herbert W. Armstrong warned of this military union for decades. In May 1953, he wrote that “10 powerful European nations will combine their forces.” In August 1978, he warned: “The Europeans are far more disturbed about their safety in relying on the United States military power to protect them than Americans realize! …

In the same May 2018 article, theTrumpet.com wrote:

Mr. Armstrong based his prophecies on scriptures in Daniel 2 and 7 and Revelation 13 and 17. These describe a European power comprised of 10 nations or groups of nations that would appear in this end time. Revelation 17 says that these kings have “one mind” (verse 13) and shall “make war” (verse 14).

Many other passages warn of a great war-making power in this end time.

To understand more about how this unified EU military fits into Bible prophecy, read “Why the Trumpet Watches Europe’s Push Toward a Unified Army” and order your free copy of Who or What Is the Prophetic Beast?, by Herbert W. Armstrong.