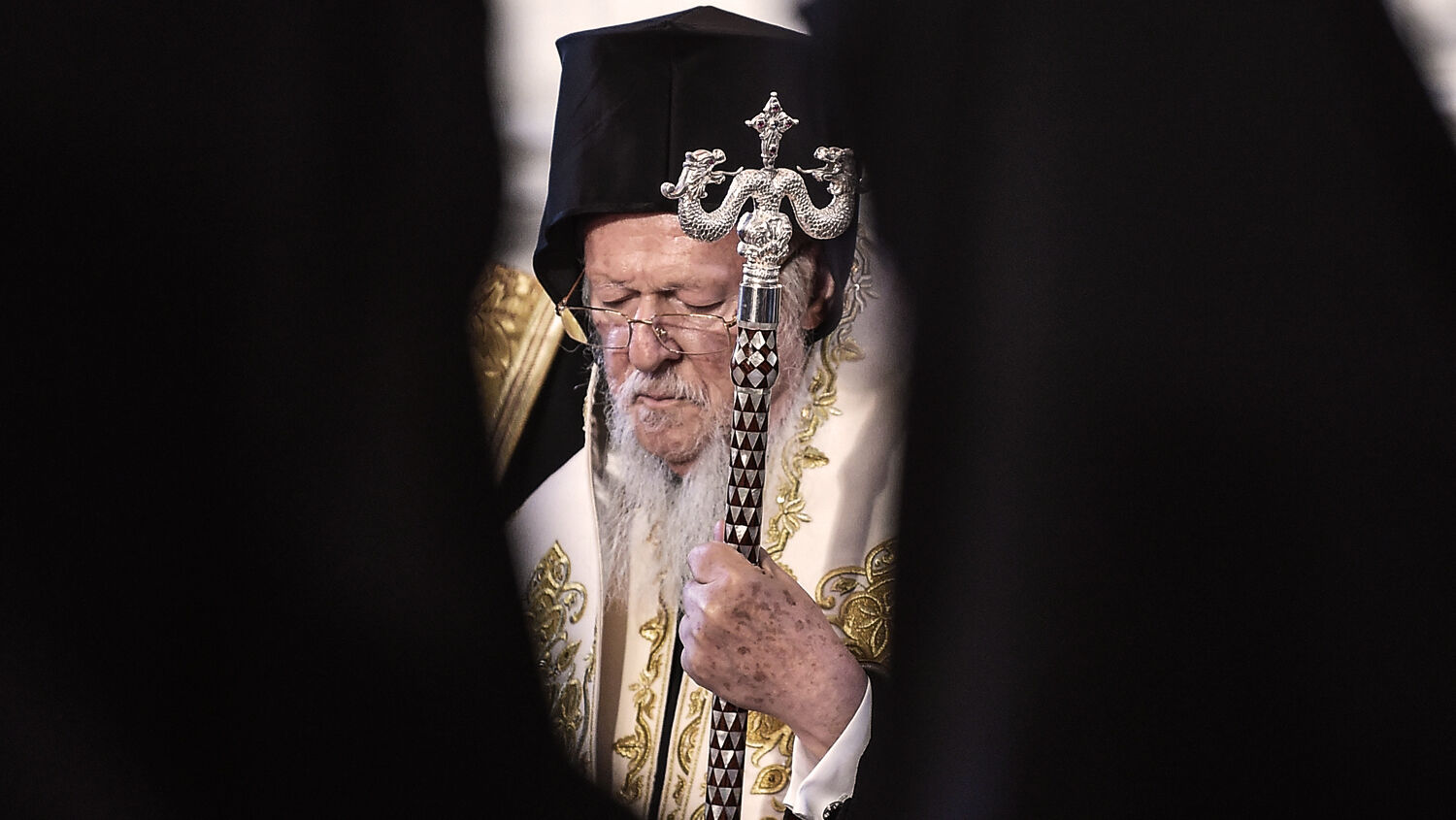 Europe is being divvied up between Catholicism and Russian Orthodoxy.

The conflict in Ukraine may soon cause the Eastern Orthodox Church to break apart. On September 7, Ecumenical Patriarch Bartholomew of Constantinople put Orthodox Christians in Ukraine under the leadership of Archbishop Daniel of Pamphilon and Bishop Ilarion of Edmonton. This is a preparatory step to create a new Ukrainian Orthodox Church.

As the civil war between Ukraine and Russian-backed insurgents entered its fifth year in April, Ukraine’s parliament officially petitioned Patriarch Bartholomew to recognize an independent Ukrainian Orthodox Church. The two bishops he recently appointed will begin preparations for the establishment of a self-governing Ukrainian church in one of the biggest overhauls to Eastern Orthodoxy in centuries.

But the church that actually stands to benefit most from a split between Bartholemew’s Patriarchate of Constantinople and the Patriarchate of Moscow is the Roman Catholic Church.

If the Eastern Orthodox Church breaks up over Ukraine, the pro-Russia faction will likely draw closer to Moscow, while the pro-Constantinople faction draws closer to Rome.

For over 40 years, until his death in 1986, Plain Truth editor in chief Herbert W. Armstrong foretold that the Roman Catholic Church would pull its Protestant and Eastern Orthodox daughters back under its dominion as it rose up to rule over a united Europe. The November 1963 issue of the Plain Truth stated:

The mighty problem of achieving [Catholic] unity is twofold. First, it involves reconciliation of the Orthodox Schism that officially commenced in 1054 and divided the churches in the East—Greece, Russia, the Balkans and the Near East—from Rome. Second, it involves the restoration to the Roman Communion all Protestantism which developed from 1517 onward.

This prediction was based on a prophecy in Isaiah 47, which describes a church called “the lady of kingdoms” that has power over many nations. Yet this church has protesting daughter churches that have split away. The Prophet Isaiah states that these protesting daughters will be brought back under their mother’s control. This mother will rise to prominence in the end time, exerting great influence over a European superpower.

The Roman Catholic Church has signed agreements with Orthodox, Lutherans, Methodists, Anglicans and many other religious groups in its push to unify the world—and especially Europe—under its control. Political tensions over Ukraine may present a stumbling block to the Vatican’s efforts to reabsorb the Russian Orthodox Church, but they will not stop Rome from reabsorbing other Eastern Orthodox Patriarchates. Just as Eastern Europe is being divided between a German-led European Union and a Russian-led eurasian union, it is also being divided between the Catholic Church, led by Rome, and the Orthodox Church, increasingly led by Moscow.

For more information on how the Roman Catholic Church is working to unite all Christians under the pope, read “Returning to the Fold” by Stephen Flurry.