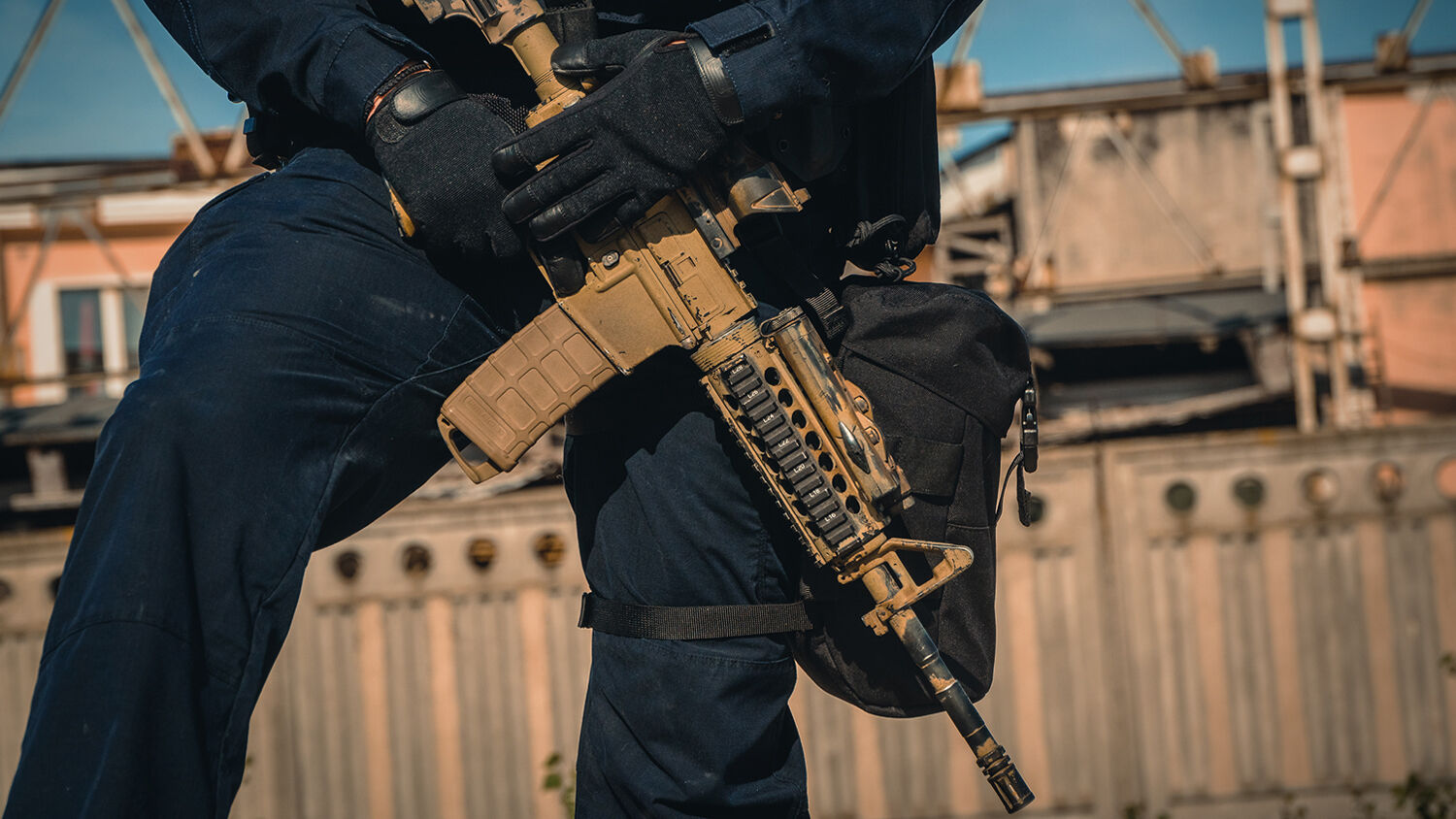 Slovenian police arrested two men last Thursday for involvement in an antimigrant militia. They are suspected of “inciting violent change of constitutional order” and illegal possession of weapons and drugs.

Across Central Europe, authorities are reporting a disturbing rise in vigilante militia groups, some of which have equipped themselves with automatic weapons, armored personnel carriers and even tanks.

In Slovenia, police made the arrests after finding a Facebook video showing 70 masked Štajerska Guard militants holding rifles and axes.

Andrej Šiško, leader of the Štajerska Guard, is currently in custody pending a final decision. Šiško is a far-right Slovenian politician who made a failed run for the presidency in June, and who has also faced jail time for attempted murder.

Šiško claimed his armed unit is willing to cooperate with police, that it exists to “secure public order,” and that it is “doing nothing wrong.”

In July, journalists in Slovakia discovered tanks at an antimigrant militia base. The base is owned by the Night Wolves, a biker gang aligned with the Russian government.

New militias are continually forming, made up largely of otherwise ordinary European citizens. They benefit from supportive pockets of the population, mostly in small towns. They grow by recruiting members from the public and from the police, and by receiving acceptance from academics and members of anti-immigration political parties.

Andor Šándor, former chief of Czech military intelligence, believes people are concerned “that the European Union is not able to manage the migration crisis. People who believe that … will take matters into their own hands to protect their families and their property.”

The nations where antimigrant militias exist took in very few migrants compared to the rest of Europe. Slovenia and the Czech Republic took in less than 200 migrants last year. Slovakia received a mere 56 applications—and intentionally ignores the EU migration scheme. However, these nations did see thousands of migrants pass through on their way to other EU nations, which potentially inflamed antimigrant sentiment.

The rise of armed antimigrant militias reveals a dangerous way of thinking. It indicates that Europeans see problems in their society and will consider extreme solutions to solve these problems.

The Trumpet has often said that Germany is in the ideal position to provide solutions. It already has Europe’s strongest economy. It only lacks a strong leader to tackle Europe’s identity and migration crises. When that leader arrives, all of Europe will look to Germany. History shows this has happened before. The November 2015 Trumpet issue stated:

Germany is the strongest, healthiest nation in Europe, and the only nation capable of addressing these crises. The German people also have a history of repeatedly turning to a strongman for leadership in an emergency. Recall Otto the Great, Charles v, Otto von Bismarck and Adolf Hitler, to name a few.

How could Herbert W. Armstrong expect a strong German leader with such certainty, over 80 years ago? Like the Trumpet today, he relied on the sure word of Bible prophecy. To learn how a strong leader will soon unite 10 nations in Europe, read our free literature The Holy Roman Empire in Prophecy and A Strong German Leader Is Imminent.