Is America headed the same way the “invincible” empire was headed centuries ago? 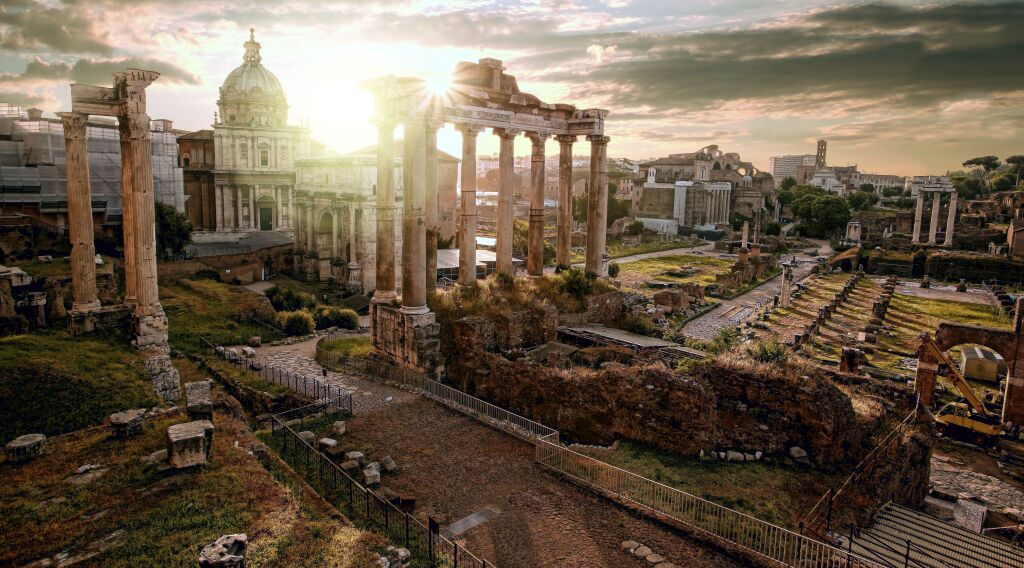 Is America headed the same way the “invincible” empire was headed centuries ago?

It was one of the mightiest empires on this planet—ruling over much of Europe for centuries. Alive with activity, it was an advanced society of high-rise buildings, arts and spectator sports. Building was at an all-time high, the economy was good, citizens basked in affluence and luxury. Avenues were lined with trees and beautiful fountains.

Seneca, a well-known statesman, warned that the empire would fall. No one heeded. Why? Because times had never been so good! Yet the cold hard facts of history are that the Roman Empire and the mighty city of Rome did fall, and the voices of the scoffers were silenced.

Why did this empire collapse? The reasons are well-documented.

The Roman Empire possessed the most powerful, awe-inspiring, disciplined military force in history—in the position as policeman to the world. They conquered many nations—and tribute poured in from the defeated. To the empire, wealth was commonplace.

Romans spent a vast amount on entertainment. They were obsessed with it. With this mad and mounting craze for pleasure, families became destabilized.

In early Rome, the most important feature of the family was the authority of the father. The early Roman parents’ methods of childrearing were based on godly principles. The Apostle Paul taught the Romans about God’s law (Romans 1:7; 7:12). In the average family, the mother taught the child until age seven, then the exclusive education continued under the leadership of the father. Families flourished, and children learned obedience.

But when a laxity of morals crept in, the family unit broke down. Fathers let down in their childrearing—allowing their children to govern themselves. In early Rome divorce was rare, but by the first century it became the norm. Seneca wrote, “They divorce in order to remarry, they marry in order to divorce.” Marriage, according to the Roman writer Martial, had become a form of legalized adultery. As morals disappeared, the family structure was turned upside-down.

Consider this quote from Daily Life in Ancient Rome, by Jerome Carcopino. Roman fathers, by the beginning of the second century a.d., had “yielded to the impulse to become far too complacent. Having given up the habit of controlling their children, they let the children govern them, and took pleasure in bleeding themselves white to gratify the expensive whims of their offspring. The result was that they were succeeded by a generation of idlers and wastrels ….” (page 78). Moral conditions worsened—riots occurred and destroyed entire towns.

But why should anyone be concerned with the fall of some ancient empire? Because the very same conditions that led to the downfall of the great cities of the Roman empire exist in the cities of the Western world today!

And perhaps no country is taking the lead in such a disastrous direction as is the U.S. A repetition of history 1,500 years past will prove to be inevitable when comparing America’s moral direction with that of Rome.

Consider the economy. Times are good now. On the surface it seems to be a time of greater economic stability than this nation has enjoyed in years; but at the same time the federal budget deficit is rising. And we would consider any warning that this great, prosperous country is heading for collapse foolish.

But consider the family and moral status of American culture.

The same family structure that Rome had when its families were in order—with the father in command—was also the foundation that assisted in the rise of the British Empire and the U.S. But family life with the father at the head has all but disintegrated in America. About 40 percent of new marriages end in divorce, and the marriage rate has dropped in half since 1970—more couples are cohabiting instead. Cheating on a mate is considered normal. Many married couples continue to live together for the sake of appearance while actually hating each other. In the U.S., some marital experts even predict that the very institution of marriage is on its way out—to be replaced by couples being “pairbound.”

Children today have little respect for their parents and in many cases openly defy them—just as Paul said it would be in the end time (2 Timothy 3:1-2). Most sitcoms depict homes with the father either gone or incapable of leading the family, while the mother makes all the wise decisions.

It’s a society where “anything goes.” Today’s movies and television are loaded with smut. Marriage is downplayed—unmarried couples living together is glorified. Homosexual relationships are regularly depicted. This is what our children are watching. It is teaching them that this is normal for the American family. Family traditions are drifting away from our society. Add to all of this the easy availability of pornography—an appallingly lucrative industry—in movies, magazines, TV, and now on the Internet.

Just as in ancient Rome, the teaching of God’s law in the American home today has become virtually extinct. The recent and numerous school shooting massacres by teenagers is evidence of this.

It was not always that way. The Trumpet has written extensively on America’s moral state at the time of its forefathers—how the nation was built on the Ten Commandments. Write for our free booklet Character in Crisis to understand more about our forefathers’ view of God’s law.

Our founding fathers also understood the importance of proper family structure. The home and family are the basis of all decent societies! The family relationship is where the lessons of character, decency, kindness, patience, loyalty and a sense of responsibility should be learned. When the father is removed from the head of the family and children are not reared in a God-loving, commandment-keeping family, a rebellious delinquent is often the result.

The parallels are astounding. We live today as the Romans did; we are traveling the same route; yet we stand on the brink of a disaster much greater than theirs—a nuclear disaster that could be avoided if only we would repent.

America and its cultural cohorts are being warned that they are following in the footsteps of Rome—footsteps that lead to disaster. And just like the Romans before us, these warnings also are falling on deaf ears. This work of warning started over 70 years ago by Herbert W. Armstrong. He warned that this nation was heading down the same ominous path as ancient Rome. The Philadelphia Church of God continues this work of warning through the Trumpet magazine and the Key of David telecast.

Will America and the rest of the Western world listen? Will they heed the warnings trumpeted by this magazine and the Key of David television program? Will they heed the lesson of history and mend their ways before it is too late? Or will they become—like ancient Rome—ancient history?