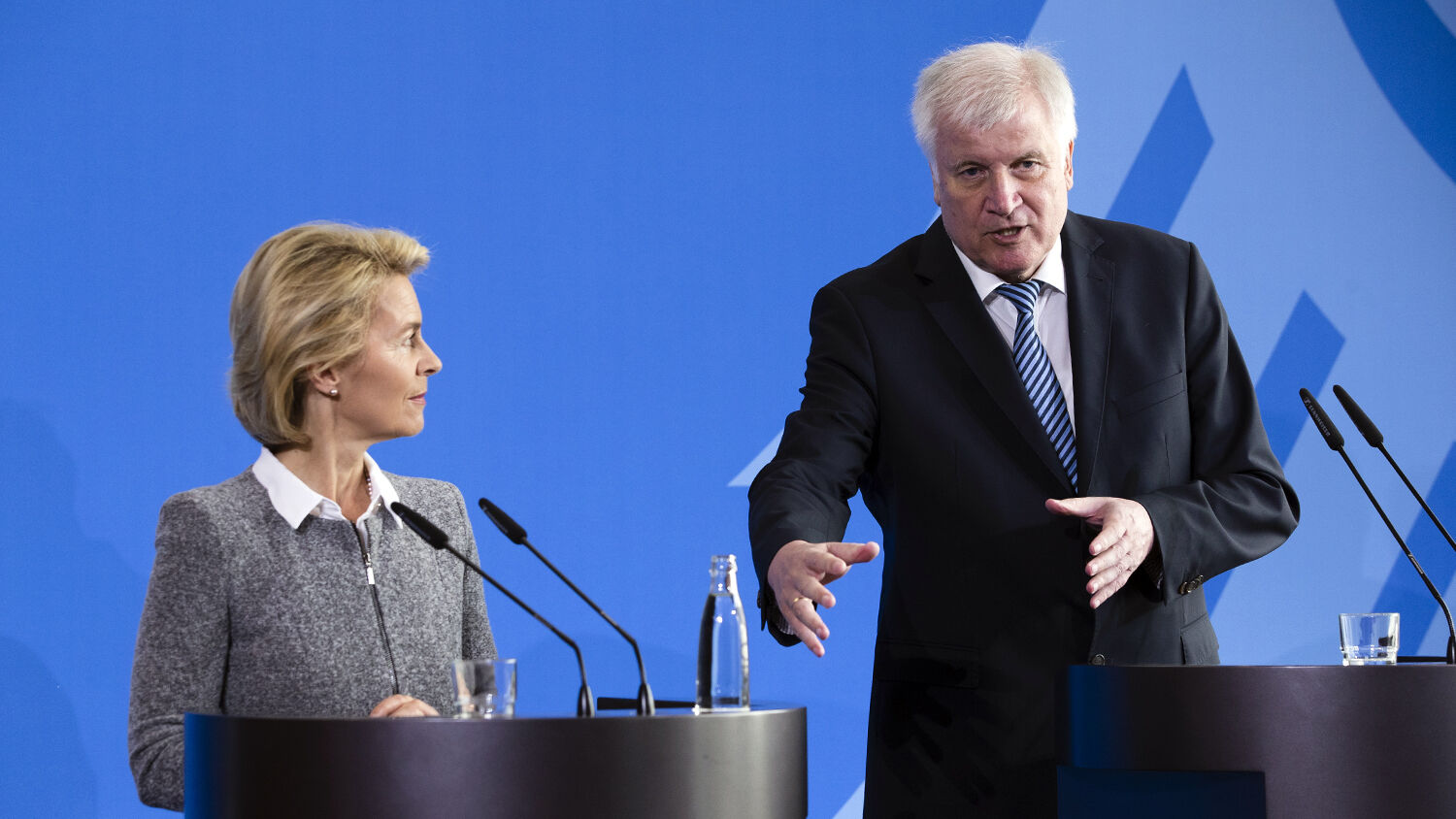 German Defense Minister Ursula von der Leyen and Interior Minister Horst Seehofer deliver a press conference in the Federal Ministry of the Interior on the cabinet decision to establish the Agency for Innovation in Cyber Security.
Emmanuele Contini/NurPhoto via Getty Images

Germany has announced that it plans to invest $230 million in a new cyberresearch agency over the next five years. The new agency could finally end the German government’s dependence on third-party software.

“It is our joint goal for Germany to take a leading role in cybersecurity on an international level,” Seehofer said. “We have to acknowledge we’re lagging behind, and when one is lagging, one needs completely new approaches.”

The new agency is scheduled to become operational this year. It will start with fewer than 20 employees, but will likely reach 100 in the future. The government also plans to invest more in the agency once it gets off the ground.

In the past, Germany has purchased third-party software from the United States, China and other countries. If the new program is successful, Germany will have its own offensive and defensive cybercapabilities within the next five years.

Over the last two years, Germany has paid greater attention to creating independent cybercapabilities. In April 2017, Germany established a cybersecurity branch of its military, now called the Cyber and Information Domain Service (originally Cyber and Information Space Command). It operates on the same level as the German Army and Air Force, with rapidly growing employment numbers.

Cyberattacks occur more often than the average person might think. In 2017, hackers attacked Bundeswehr networks 284,000 times within a nine-week period. Every day, hackers make thousands of attacks against the Bundeswehr and other German military branches. This is reality for governments and militaries in a modern world dependent on cybertechnology.

Germany sees these risks and is moving to catch up. Von der Leyen called current efforts “too slow” and advised that Germany would “have to be at least as quick and as well equipped as the perpetrators.”

We are only beginning to understand the impact of cyberweapons. John Kerry once compared them to nuclear bombs because of their ability to paralyze a military and disrupt almost every part of our modern lives. Cyberattacks are common. They can come from anyone, from nations to individuals. But why should we focus on Germany’s recent cyber advances?

If you know history, combined with what the Bible reveals, you know that Germany’s cyberattacks will eventually target America and Britain.

At the Trumpet, we have focused on America’s reliance on technology as its “Achilles’ heel.” Editor in chief Gerald Flurry addressed this weakness in the May 2005 Trumpet issue (emphasis added):

I believe one key end-time Bible prophecy could well be fulfilled through … cyberterrorism …: “They have blown the trumpet, even to make all ready; but none goeth to the battle: for my wrath is upon all the multitude thereof” (Ezekiel 7:14). The trumpet of war is to be blown in Israel—mainly America and Britain. … It seems everybody is expecting our people to go into battle, but the greatest tragedy imaginable occurs! Nobody goes to battle—even though the trumpet is blown! Will it be because of computer terrorism?

Mr. Flurry focused specifically on the potential for Germany to launch cyberattacks. Now Germany is building one of the largest cybercommands outside of the U.S.