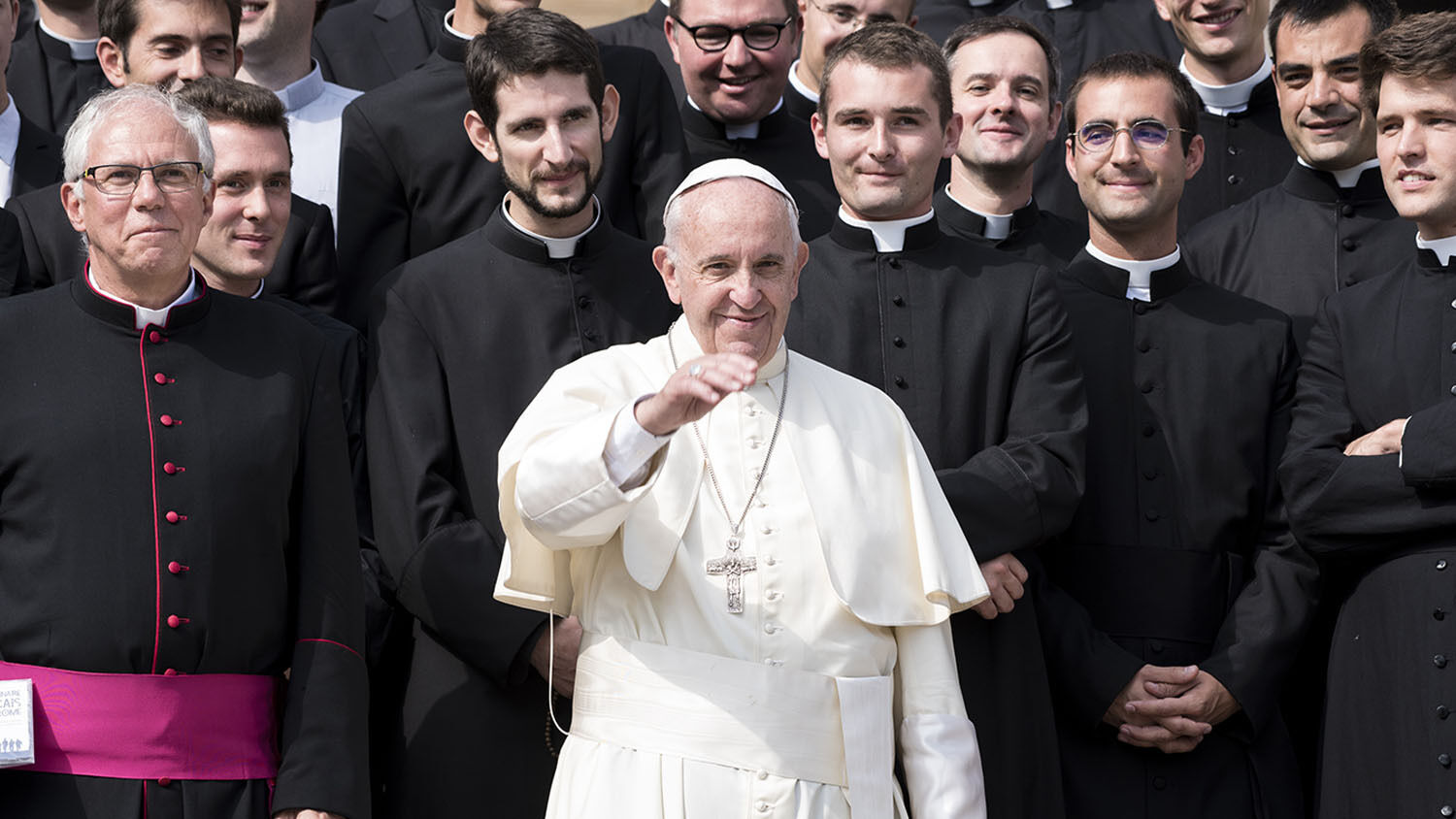 Why are members of Pope Francis’s own church calling on the man they refer to as the “holy father” to quit his job?

The following is from the Trumpet Brief sent out yesterday. These daily e-mails contain personal messages from the Trumpet staff. Click here to join the more than 20,000 members of our mailing list, so you don’t miss another message.

Conservative Catholics are actually calling on the pope to resign. How has it come to this? Why are members of Pope Francis’s own church calling on the man they refer to as the “holy father” to quit his job?

Since he became pope in 2013, Francis has focused less on cultural issues like homosexuality and more on economic issues like income inequality. During Pope Benedict xvi’s papacy, the Vatican published a document saying that men with “deep-seated homosexual tendencies” should not be priests. Yet Francis seemed to reverse this decision in 2013, when he told reporters: “If someone is gay and he searches for the Lord and has good will, who am I to judge?”

The Catholic policy of allowing homosexuals to become priests as long as they promise to remain celibate has backfired.

An explosive Pennsylvania grand jury report published on August 14 accused 300 Pennsylvania priests of sexually molesting more than 1,000 children and teenagers over a 70-year period. The investigation revealed that several Catholic officials were involved in covering up this abuse. Since 2004, the Vatican has disciplined 3,400 priests for child sexual abuse, not counting the 300 priests exposed as predators in this scandal.

On August 26, Archbishop Carlo Maria Viganò published a 7,000-word letter accusing Pope Francis of covering up sexual abuse in 2013 in an attempt to protect homosexual priests. Viganò called on Francis to resign.

In a 2014 interview with Eugenio Scalfari, Pope Francis was quoted as saying that 2 percent of Catholic priests are pedophiles. That means an estimated 8,000-plus men who hold positions of religious authority prey on children sexually. Barbara Dorris, the outreach director of the Survivors Network of those Abused by Priests, says the real figure is higher than Francis admits. She told the Guardian that her organization’s statistics show that 5.6 percent of priests in the United States were accused of sexual abuse between 1950 and 2013. The Royal Commission Into Institutional Responses to Child Sexual Abuse found that 7 percent of priests in Australia were accused of sexual abuse between 1950 and 2010.

If these figures are the average in other nations, then roughly 25,000 out of 410,000 Catholic priests are sex predators.

A 2004 report by the John Jay College of Criminal Justice found a total of 10,667 people who alleged that priests committed sexual abuse between 1950 and 2002. Of these victims, 81 percent were boys sexually molested by men.

These statistics have led Catholic officials like Cardinal Raymond Burke to allege that the Catholic priesthood has a serious homosexual problem. “It was clear after the studies following the 2002 sexual-abuse crisis that most of the acts of abuse were in fact homosexual acts committed with adolescent young men,” he said in an August 16 interview with Catholic Action for Faith and Family. “Now it seems clear in light of these recent terrible scandals that indeed there is a homosexual culture, not only among the clergy but even within the hierarchy, which needs to be purified at the root.”

Many people say the powerful homosexual element among Catholic priests has been an “open secret” for years. While doing research for his book The Sex Effect, Ross Benes came across many scholars who suggested that the Catholic policy of forbidding priests to marry has altered the makeup of the priesthood by providing a haven for homosexual men. Surveys suggest that 15 to 50 percent of Catholic priests in the U.S. are homosexual (compared with less than 5 percent in the general male population). This might have something to do with the thousands of boys being molested by male priests.

As the Trumpet wrote in 2010, “The Catholic Church might promote itself as the bastion of family values and morality. But that message has been radically undermined by the nearly constant surfacing of sordid sex crimes by Catholic leaders. Moreover, the Vatican’s halfhearted approach to these scandals is a sign that despite marketing itself as a defender of marriage and family, this institution is merely another broken religion incapable of curing the evil human heart.”

To learn more about where the Bible says the current crisis in the Vatican is leading, read “The ‘Nuclear’ Memo That Could Bring Down Pope Francis.”