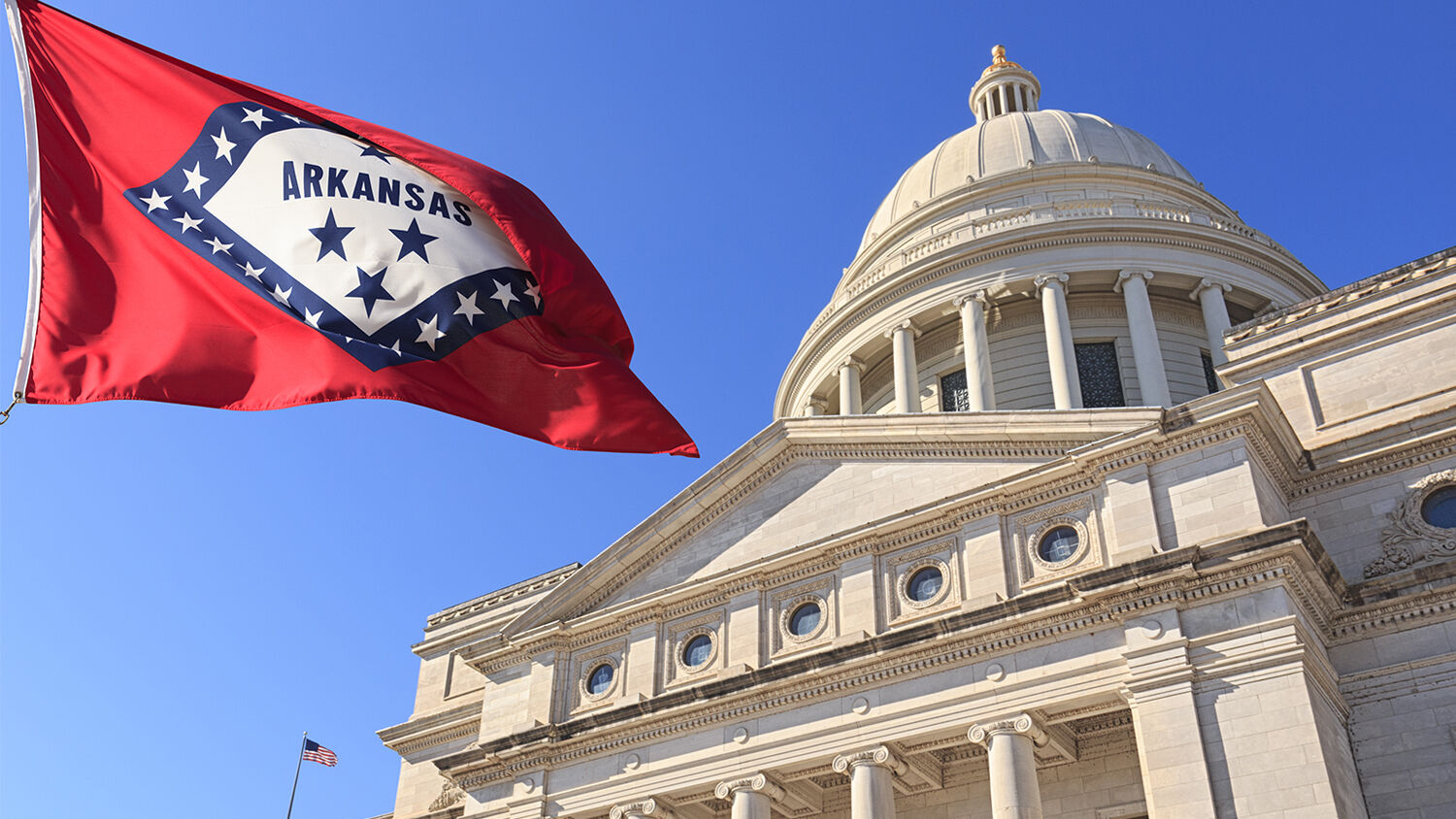 On the state capitol grounds in Little Rock, Arkansas, stands a monument commemorating the Ten Commandments. On August 16, a demonic, goat-headed statue stood beside it for a portion of the afternoon. This occurred during a rally by the Satanic Temple organization, which claims it has a First Amendment right to display a statue of Satan.

Ivy Forrester, cofounder of the Satanic Temple’s Arkansas branch, said, “If you’re going to have one religious monument up, then it should be open to others, and if you don’t agree with that, then let’s just not have any at all.”

A new Ten Commandments monument was installed at the capitol this year after the previous, identical monument was smashed when a man sped his car into it in 2017. Last year, the Satanic Temple petitioned for a statue of Baphomet, the demonic symbol of its organization, to be installed alongside the Ten Commandments monument. Its petition went unanswered. It plans to sue the state of Arkansas for violating its religious rights as guaranteed under the First Amendment. That is what the August 16 rally was all about.

Satanic Temple spokesman Lucien Greaves remarked that members of his group have “as little interest in forcing our beliefs and symbols upon you as we do in having the beliefs of others forced upon us.”

The rally was attended by about 150 people as the statue was brought to capitol grounds and temporarily unveiled. Not everyone at the rally supported the Satanic Temple’s actions. A group of Christian counterprotesters stood off to the side, holding signs bearing Bible verses and singing hymns.

Sen. Jason Rapert, one of the leading Arkansan legislators who pushed for the Ten Commandments monument to be installed, denied the claim that the organization’s religious rights have been violated. Rapert cited a 2009 Arkansas Supreme Court ruling that no group can force a government body to permanently display an offensive symbol on capitol grounds. “It will be a very cold day in hell,” he said, “before an offensive statue will be forced upon us to be permanently erected on the grounds of the Arkansas State Capitol.”

After this, the Satanic Temple had no more interest in Oklahoma City: It had successfully removed the Christian symbol of the law. This is exactly what members of this self-described “nontheistic religion” are trying to achieve in Arkansas.

Members of the Satanic Temple are largely atheistic and agnostic. The organization does not believe in a higher authority but in the mentality of the “eternal rebel,” which is why it took on the name of Satan. It makes its claims of religious discrimination in the name of the First Amendment, yet its own publications promote rebellion against authority.

This is an organization literally waging a war on law, attempting to remove the Ten Commandments through twisting the meaning of a law that it rejects.

This is an extreme example, but this plague is infecting more and more Americans. Few may be trying to set up statues of Satan the devil outside of government buildings, but many fervently hold the view that the government must be secular, atheistic and certainly not based on the Bible.

Many believe this absence of religion is constitutional. But that is not what the men who wrote the Constitution thought. Trumpet editor in chief Gerald Flurry wrote in his article “The War Against Law” (emphasis his):

America was built on a foundation of Bible-based law. And now we are abandoning that law. What happens when we abandon the law? Read that last sentence again: “Our forefathers believed that if we didn’t keep God’s Ten Commandments, our republic would collapse!” That is exactly what we see happening today. Our people and our leaders have disregarded the spiritual principles this country was based on. And in large part, they have also disregarded the laws upon which our country was founded.

The Constitution is being altered dramatically. And it is the foundation of our republic! We are experiencing a constitutional earthquake, and most of our people don’t even know it—yet. Your future is being changed for you, and often you have no input.

This process is sure to lead to anarchy! That is why you and I should be deeply concerned.

Law scholars today don’t believe the Constitution was “rooted in objective and unchanging truth”—that is, they don’t believe our founders established the rule of law. But that’s just what the founders did. And now most lawyers and judges reject their foundational work.

Our views today reflect a deadly degeneration into lawlessness!

The Satanic Temple gave itself that name because Satan is, in fact, the “eternal rebel.” A rebel is one who, according to American Heritage Dictionary, “resists or defies authority or convention.”

Our political leaders today are resisting and defying the Constitution, the supreme authority of the land. What does that say about who is inspiring such actions and mindsets in human beings? What does that tell you about where our society is headed?

The Satanic Temple previously caused the removal of a Ten Commandments monument from the capitol grounds of Oklahoma, and it is now attempting to do the same in Arkansas.

Satan himself is removing the rule of law in the United States!

But as Mr. Flurry wrote, “[T]here is good news. The Bible clearly shows Jesus Christ’s Second Coming occurs at a time when lawlessness prevails. Christ is about to return, and our lawless society is evidence of that fact! When He does, the wonderful rule of God’s law is about to be established forever!” (ibid).

Mr. Flurry exposes our political leaders’ utter lack of respect for law in his booklet America Under Attack. To understand more on this subject, please order your free copy.