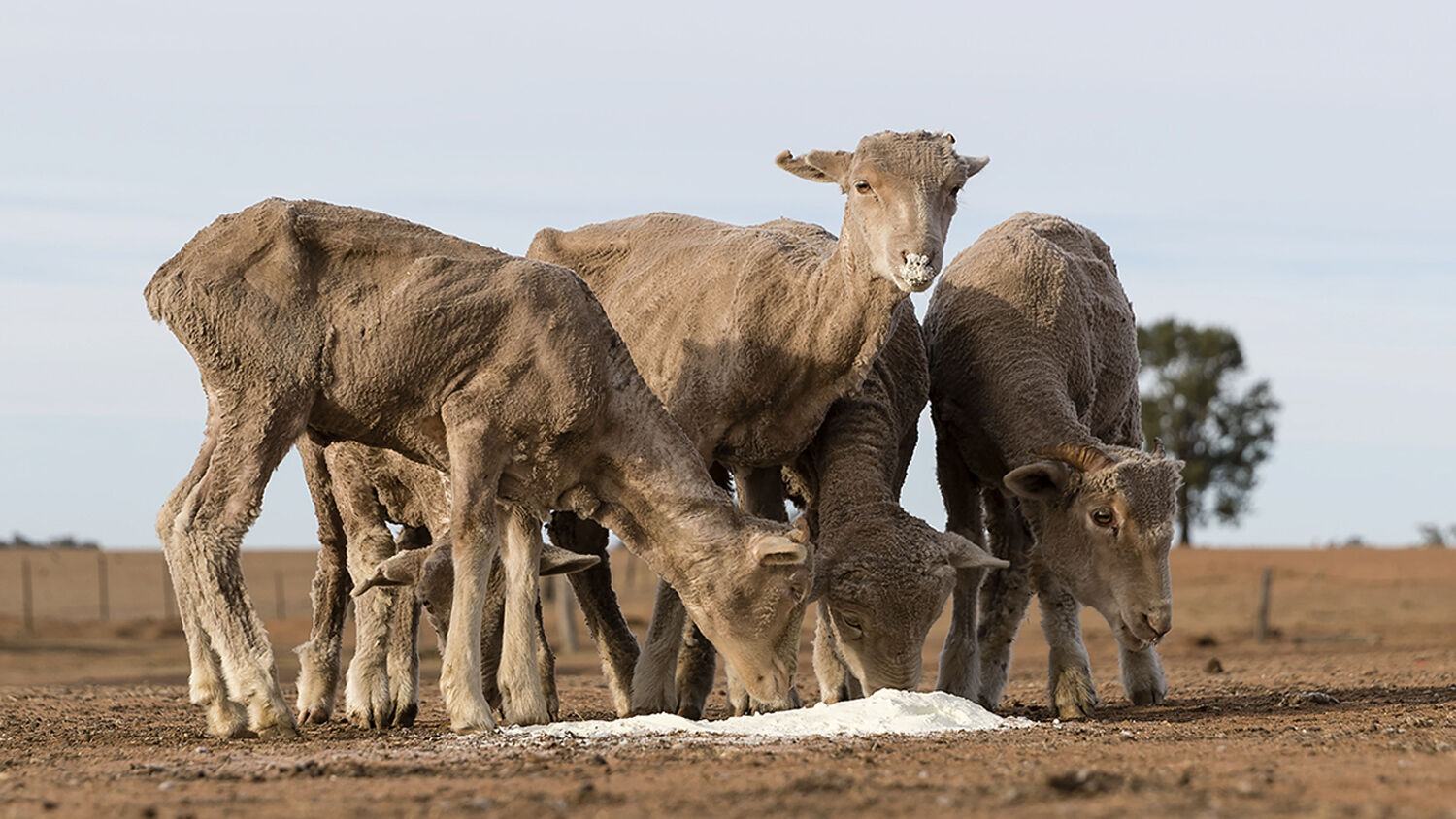 Australia withers under a drought of biblical proportions.

Australia is drying up. Red dust has replaced green fields. Cracked and baked creek beds offer no relief to malnourished sheep and cattle. The stoic resilience of Aussie farmers is being tested. As News.com put it, “Some farmers say the only water they’ve seen in years is the tears on their pillows.”

Droughts are nothing new for Australia. The continent is the second-driest, second only to Antarctica. The national average rainfall is a meager 16 inches. Yet the severity of the current drought has burned its place in the history books.

The drought is shaping up to be the worst in 400 years. Some farmers have been enduring with little-to-no-rain since 2010. A handful of towns are now months away from having no water at all. The nation experienced the warmest and driest July in 20 years.

The national crisis is best summed up in the plight of New South Wales. The state has endured its fifth-driest July in history. It has marked seven consecutive months of below-average rainfall. Now 100 percent of the state is in drought. And this is all in the lead-up to summer—which promises even less rain.

“To showcase just how bad it could be,” one New South Wales farmer told the Trumpet, “most crops that have been planted are under stress, and if we don’t receive two to three inches of good soaking rain in the next month that crop will wilt and die.”

The depleted water and food levels have left livestock languishing. Starved cattle jostling for food are common images on the nightly news. Across rural Australia, thousands of animals have already been culled. To keep animals alive in such conditions is expensive. According to the Herald Sun, “Some have reported churning through $1 million in a year just trying to feed their livestock.”

Humanitarian companies supplying hay and water now struggle to source aid. According to one supplier, 60 bales of hay sells for au$2,500 (us$1,800) . Add to that an extra au$5,000 for transport to some properties.

And the crisis today could lead into the same situation next year. As the farmers in New South Wales acknowledged, “There is little-to-no hay and grain now for the stock feed, and if we don’t get a crop this year, then there will be no grain to harvest and no grasses to bale for hay, which ultimately means no food to store for the animals for next season.”

A Forgotten Source of Aid

The New South Wales government has pledged more than au$1 billion to help farmers. The federal government has spent a further au$57 million. The cash will provide some relief, but it merely kicks the can down the dusty road.

No cash injection can make grass grow or rain fall.

But there are solutions. In living memory, for the briefest of moments, Australia seemed close to seeing one. In April 2007, Australia was suffering in another drought. Farmers in the Murray-Darling Basin faced having no irrigation water available for a year.

“So we should all, literally and without any irony, pray for rain over the next six to eight weeks.”

By August, the Murray Darling River, Australia’s equivalent to the Mississippi, was flowing again. The drought wasn’t broken, but farmers were relieved.

A leader who looks to God, and people who pray for relief, is praiseworthy. But the Bible shows that we need to do more than pray as a last resort. First of all, we must understand why these “natural” disasters happen.

Many scorn the notion that God influences the weather. They instead chalk up such acts to the work of weather systems, global warming, climate change or luck. They deny Bible-based understanding of why natural disasters occur.

But what about those who do believe and pray for an end to droughts and other natural disasters? Can the religious of our nations answer the deep questions? Is God listening? And why would a loving God allow these things to happen in the first place?

After all, while Eastern Australia roasts, Western Australia is flooding. In similar fashion, the U.S. suffers hurricanes and deluges on one side and terrible fires on the other. Why? There is an answer.

We need to know the answer and respond to it. Until we do, God says these natural disasters will continue.

As shocking as it might sound to both believers and unbelievers, God warned that He would inflict many of these disasters on mankind. On the other side of the coin, God also promises fertile lands and bumper crops.

So why are we receiving so much of the former? God is not cruel, hoping to grind His creation back into the dirt He molded us from. God is teaching man. Right now, our society is reaping the fruits of its actions. Meanwhile, stunning and wonderful blessings could be at our fingertips!

Two Steps From the Solution

Notice God’s promises in Leviticus 26. “If ye walk in my statutes, and keep my commandments, and do them; Then I will give you rain in due season, and the land shall yield her increase, and the trees of the field shall yield their fruit. And your threshing shall reach unto the vintage, and the vintage shall reach unto the sowing time: and ye shall eat your bread to the full …” (verses 3-5).

God lays it out plainly: Obey me, and I’ll make sure you never suffer drought or any other natural disaster! This obedience requires repenting of our former way—the way that brought on these curses. Imagine the impact on the Earth if mankind heeded in repentance and obedience!

Now notice what God says will happen as a result of disobedience to His law. “And if ye shall despise my statutes, or if your soul abhor my judgments, so that ye will not do all my commandments, but that ye break my covenant …. … I will break the pride of your power; and I will make your heaven as iron, and your earth as brass: And your strength shall be spent in vain: for your land shall not yield her increase, neither shall the trees of the land yield their fruits” (verses 15-20).

Again, God is explicit: Break my laws, and I will send drought so bad it will seem like the sky is made of iron. A sky of iron and earth of brass sums up the parched Australian interior!

Leviticus 26 and a host of other scriptures reveal the ultimate solution. To end drought and other natural disasters, repent and obey God’s law!

The Department of Primary Industries says there is no end in sight to Australia’s drought. Short term, they could be right. Long term, they are most definitely wrong. While daily weather forecasts are known to be hit-and-miss, God’s Word is absolute.

Isaiah 35 shows that the desert will soon blossom as the rose. This time is coming, but not before man learns that living his own way does not work. Right now man is learning the hard way. But God promises blessings and abundance to those who turn to Him and that includes you!

If you haven’t already, be sure to order a copy of our free booklet Why ‘Natural’ Disasters? It explains in detail why these terrible events occur. It explains God’s purpose behind them. And it provides the amazing solution.

If you want to see deserts blossom as the rose and the land bring forth its abundance, why not put God to the test? As God so clearly states, blessings are two steps away: repentance and obedience.