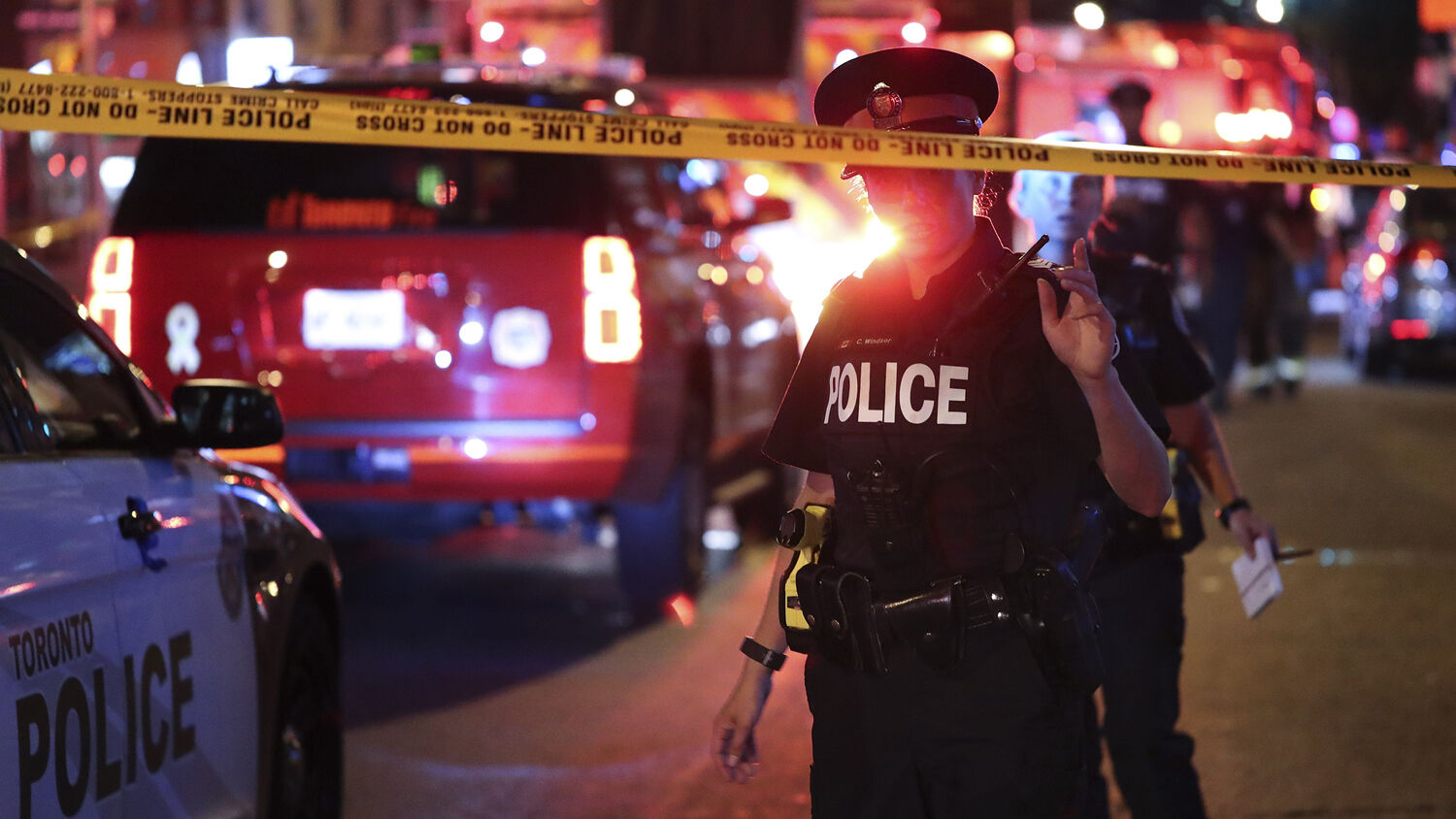 Toronto experiences its second mass murder in three months. Why?

Canada’s largest city has again been shaken by a mass murder. At around 10 p.m. Sunday, 29-year-old Faisal Hussain walked down Danforth Avenue in Toronto’s Greektown neighborhood and began indiscriminately firing a handgun at groups of people. Police arrived on the scene and exchanged gunfire with Hussain, who fled the scene. He was found dead sometime later that evening. Hussain’s rampage killed an 18-year-old woman and a 10-year-old girl and wounded another 13 victims.

Details about the shooter are slowly being released. A statement by Hussain’s family said that he had a lifelong struggle with “severe mental health challenges,” including “psychosis and depression.” He had been seeing a psychiatrist. Hussain was “well known to Toronto Police” for investigations into past crimes “involving weapons and violence,” according to the Toronto Sun, and police believe the attack was planned. They are currently investigating if the attack was inspired by Muslim extremism.

While police continue to investigate, the city of Toronto struggles to make sense of the escalating violence on its streets. The latest shooting brings the total number of murders in Toronto to 57 so far this year. That’s more than double the 24 murders from the same time last year. There have already been 220 shootings, according to online Toronto Police statistics, up 11 percent from the same time last year. If this wave of violence continues, 2018 will be the deadliest year in the city’s history.

But the city is suffering more than just gun violence. In April, a man drove a rental van down a busy sidewalk, killing 10 and injuring 15. While this tactic has been used by Islamic terrorists in Europe, the Toronto attacker was not linked to any extremist groups. No real motive has been determined yet, though that attacker also had a mental illness. Toronto has also been in the news following the high-profile murders of billionaire couple Barry and Honey Sherman in December 2017, and the arrest of alleged serial killer Bruce McArthur, charged with the murder of eight men.

As murder and violence increase, public officials are struggling to deal with this crisis. When the city surpassed 200 shootings at the start of July, Toronto Mayor John Tory issued an urgent request to the provincial and federal governments for assistance. The mayor expressed “grave concerns” over the mounting death toll in the city, much of which is tied to escalating gang violence. As a result of the violence, many people no longer feel safe in the city. City councilor and former deputy mayor Norm Kelly tweeted that it seemed the city was “unravelling” before his eyes.

As expected, the discussion on how to lessen the violence now centers on tougher gun laws and background checks. After the shooting, Mayor Tory stated, “We have a gun problem in that guns are readily available to too many people. The police are doing their best, but they’re operating under extraordinarily difficult circumstances to deal with these guns. And we’ll see what they conclude from this case, but it’s evidence of a gun problem, clearly.”

Canada already has more restrictive gun laws than the United States, yet none of these measures seem to be working. The federal government says crimes involving guns across Canada rose 30 percent from 2013 to 2016. Gun homicides jumped 66 percent in the same period. Despite all the laws and restrictions, the violence is only getting worse.

Why this surge of violence? And why this associated problem of mental illness? More laws can be passed to limit access to guns to these people, but as Toronto has experienced, a deranged killer can use a van for his murderous rampage.

As the Trumpet has repeatedly pointed out, there is a hidden cause behind these attacks. Ultimately, the cause is not the guns themselves or even a psychiatric “disorder,” but a murderous spirit that motivates these actions. As the Trumpet wrote after the Toronto van attack earlier this year:

Only the Bible supplies the answers and the hope and the solution to world evils, and to the crimes of the nature Toronto is now trying to come to terms with today. Most would accept, without question, a faulty human medical hypothesis to explain why these evils. Will we accept God’s sure answer? The Word of God unequivocally says good, as well as evil, are spiritual in nature. There is a spiritual component to every human life.

The Bible refers to God as the originator of love and goodness and of the qualities most people hold in high regard today. However, the Bible also refers to a lawless spirit being named Satan and his fallen angels, now demons, that are confined to Earth! (Revelation 12:12). Satan is the god of this world (2 Corinthians 4:4). He rules this present evil world. He is the original author of every evil; and, with the demons, he has been cast down to Earth. They are in a frothing, red-hot rage. Many people are agitated and influenced emotionally and mentally by demons. Others are possessed by them, and go on to commit murderous, heinous crimes.

Toronto, like the rest of the world—but especially America, Britain, the Commonwealth nations and the State of Israel—is under attack.

For months, the Trumpet has been working to proclaim a biblical message of warning to the city of Toronto in a special way. Since April, tens of thousands of free Trumpet magazines have been distributed through public newsstands in the city’s transit system. At the end of June, editor in chief Gerald Flurry visited the city and delivered two free lectures to Trumpet subscribers about the cause of the world’s evils, as well as the solution: the glorious hope of the return of Jesus Christ. While God’s warning message is for the world, God has given a special message to Toronto.

Bible prophecy reveals that this is the end time and that evil is only going to get worse and worse (2 Timothy 3:1, 13). Yet God promises protection and safety in these perilous times to anyone who will act on His message of warning and repentance. God leaves it to each individual to decide how to respond to the Trumpet’s message. To learn more about how you personally can act on this precious truth, listen to Stephen Flurry’s Trumpet Daily Radio Show program “God’s Work Is Waiting on You!”