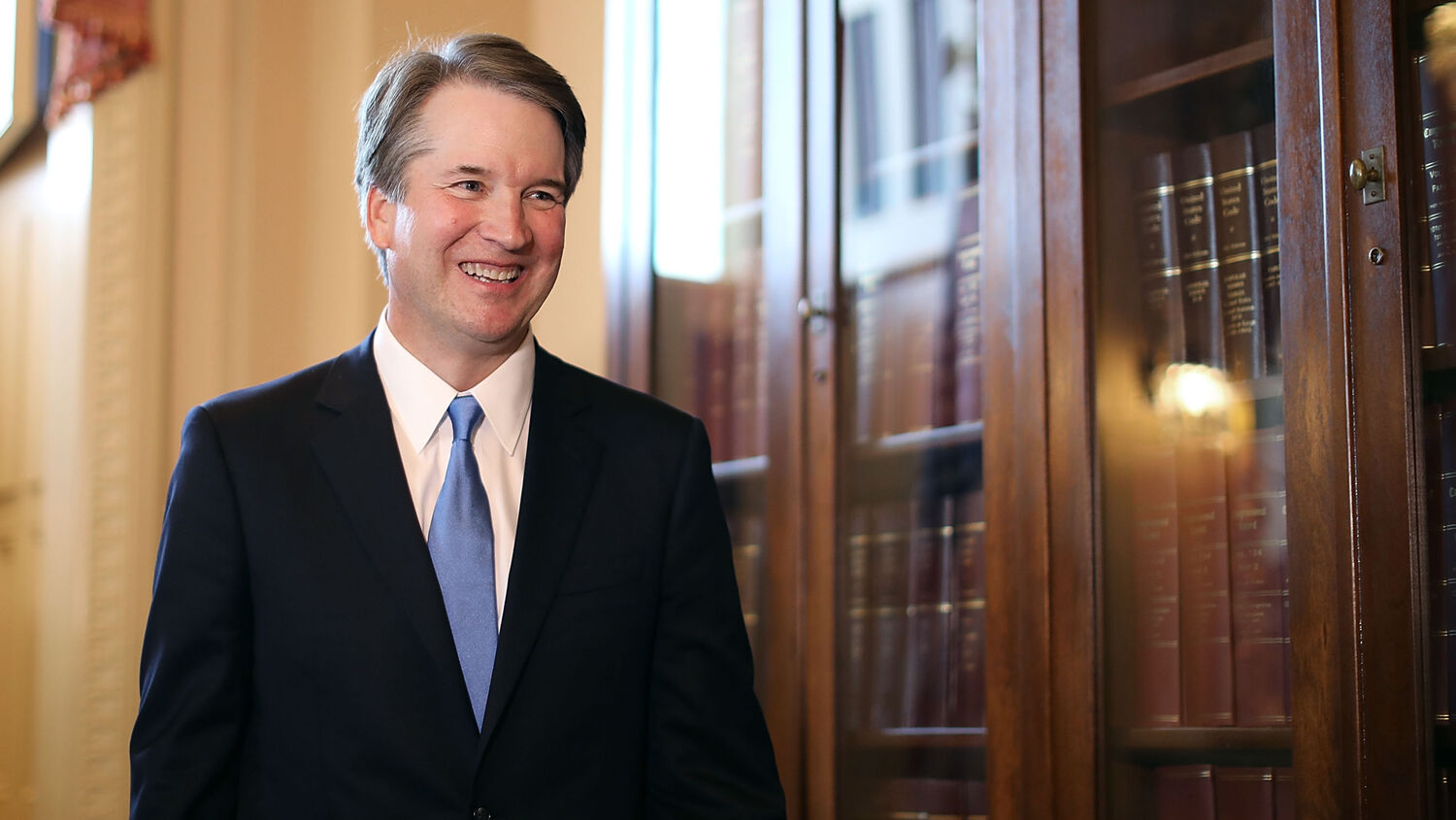 “There is no one in America more qualified for this position—and no one more deserving,” he said. “This incredibly qualified nominee deserves a swift confirmation and robust, bipartisan support.”

Like justices Neil Gorsuch and Clarence Thomas, Judge Kavanaugh is a constitutional “originalist,” someone who interprets the United States Constitution as its framers originally intended.

During his tenure on the Third Circuit Court of Appeals, Judge Kavanaugh wrote influential legal opinions on administrative law, criminal law, environmental law, immigration law, the Second Amendment, the separation of powers, religious liberty and many other issues. An analysis by political scientists Lee Epstein, Andrew Martin and Kevin Quinn predicted that he would be the second-most conservative justice on the bench if confirmed, next to Justice Clarence Thomas.

Where Brett Kavanaugh sits on the ideological spectrum https://t.co/KWfe1by2nq pic.twitter.com/lfaDAww2dG

But that can only happen if he is confirmed. The Constitution gives the president the right to nominate Supreme Court justices, but they must be confirmed by the Senate before they can be officially appointed. Since Sen. John McCain is absent from Washington, D.C., for health reasons, the nominee needs the support of 50 senators to be confirmed. That means even one Republican defector can sink Kavanaugh’s nomination, assuming he receives no support from Democratic senators.

Senate Minority Leader Chuck Schumer, a Democrat, has pledged to block Kavanaugh’s confirmation. His plan involves convincing Democrats and liberal Republicans that Kavanaugh would roll back abortion rights and the Affordable Care Act (aca) if the Senate confirms him for the Supreme Court.

“I believe if we can prove to the American people, which I believe is truly the case, that this nominee will lead to a court that repeals women’s reproductive freedom, repeals aca with its protections for preexisting conditions, we will get a majority of the Senate to vote for it,” Schumer told a cbs interviewer when asked how he plans to block Kavanaugh’s confirmation.

The battle over abortion is becoming particularly heated. Justice Kennedy was a legal advocate for abortion rights. Kavanaugh has made only a few rulings on the topic of abortion. Since he is a constitutional originalist, however, many analysts think he could side with the Supreme Court’s four conservative justices to overturn Roe v. Wade, the 1973 Supreme Court decision that declared criminalizing abortion unconstitutional. If Roe v. Wade were overturned, abortion would instantly be criminalized in 13 states, according to a study by naral Pro-Choice America, a pro-abortion political advocacy group.

It is too early to predict whether Judge Kavanaugh will even be confirmed to the Supreme Court, much less whether he will help overturn Roe v. Wade. But the current situation is an indictment of America’s moral condition: A judge who believes in obeying the Constitution and who has made few legal decisions regarding abortion is being adamantly opposed and demonized based on the idea that he might possibly play a role in making it harder for women to kill their unborn children.

Over 60 million babies have been aborted in the U.S. since the Roe v. Wade court decision in 1973. Two thirds of Americans say they do not want this court decision to be completely overturned. Some high-ranking government officials, like Vermont Sen. Bernie Sanders, are even calling for “the American people” to rally “around Roe v. Wade.”

If Americans, and especially some of their leaders, are this outraged over the possibility of a potential future Supreme Court justice possibly beginning to restrict abortions, what will happen if the Supreme Court actually makes such a decision?

The dangerous level of ideological division in America will eventually lead to violence unless the nation as a whole turns to God in repentance. It is a great blessing to have a Supreme Court justice willing to uphold the rule of law, but his efforts will be in vain unless the American people themselves rally around the rule of law and biblical morality.