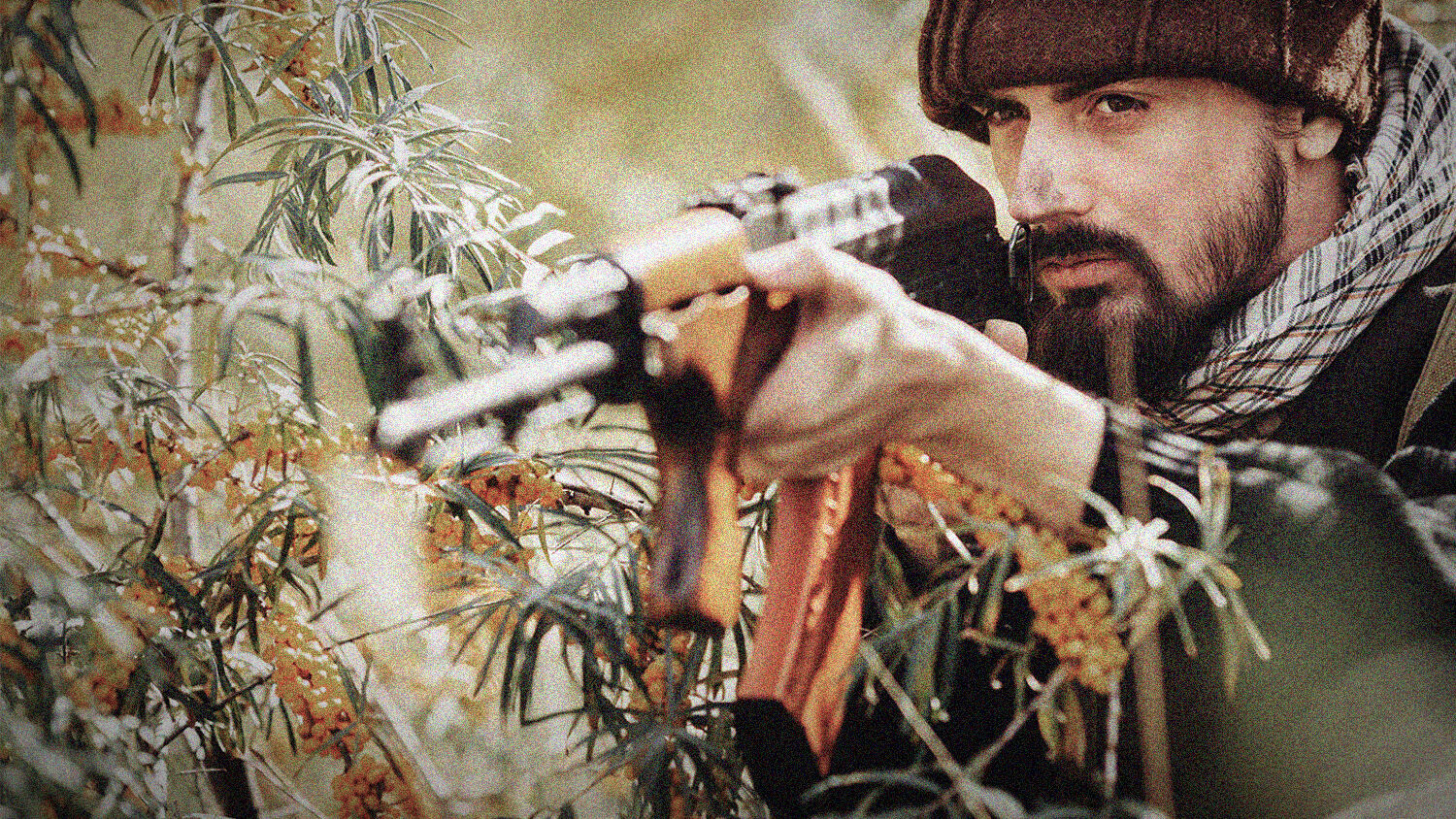 The Islamic Republic is changing tactics to deepen its ties with radicals in Afghanistan.

The soaring mountains of the Hindu Kush have long been training grounds for the Taliban, a Sunni Islamic terrorist organization. There in Afghanistan, the harsh desert climate is etched with rugged and steep topography. It provides a well-hidden enclave from which to train and produce fighters. But today there is a new breed of soldier—one that isn’t forged in the Safed Koh ranges or in the shadows of the Hindu Kush. The best of the Taliban fighters are now training in Iran.

A July 2 report by the Times of London details how the next generation of Taliban fighters is better trained and armed—all thanks to Iran. High-ranking members in both the Taliban and the Afghan government have verified this report.

“The scale, quality and length of the training is unprecedented and marks not only a shift in the proxy conflict between the [United States] and Iran inside Afghanistan, but also a potential change in Iran’s ability and will to affect the outcome of the Afghan war,” the Times reported.

But long-term readers of the Trumpet know there is another proxy conflict to watch. Not between Iran and the U.S., but between Iran and Europe. The Bible highlights a specific war between Catholic Europe and an Islamic power. The Afghan war makes up part of the front line in this brewing conflict.

According to the Times, Iran is operating training facilities in Kermanshah. Rifle ranges, mosques and mess halls buzz with activity in this Iranian province. Islamic Revolutionary Guard Corps (irgc) trainers man the sites; these trainers are from the Quds Force—the special forces division of the irgc.

One trainee told the Times 500 to 600 recruits are at the camp. The trainees learn tactics, leadership skills and recruitment. More practical terrorist elements include bomb making and weapons training.

The soldiers receive next-generation Russian weaponry before heading home to Afghanistan. The Taliban claims that Iran has offered 300 recruit visas in each of Afghanistan’s 34 provinces.

But why? Historically, Iran has cooperated with the government in Kabul. This has put it at odds with the Taliban. Now the irgc is training and arming the terrorists.

“The Iranian offer of training came with two demands: that we should put more focus on attacking American and nato interests in Afghanistan, and devote more forces to attacking the Daesh [Islamic State],” one political adviser to the Taliban told the Times.

Iranian training comes with conditions. The world should closely watch as Iran seeks a return on its investment.

With fresh sanctions looming on the horizon, Iran will be looking to make life hard for America. With the U.S. already dislodged from the Levant, if Iran wants to fight against sanctions or try and use regional stability as a bargaining chip, Afghanistan is the logical target.

For decades Iran’s role in Afghanistan has been shrouded in secrecy. The vast U.S. military presence has hindered—but not stopped—Iranian inroads. Openly supporting the Taliban could signal a reinvigorated effort to gain clout.

The Bible does not speak specifically of a war between Iran and America. However, its description of the Middle East in the end time is conspicuously absent of any references to the U.S. at all. And it speaks of an America that has had the pride of its power broken! (Leviticus 26:18-19).

Trumpet editor in chief Gerald Flurry referenced the verses in Leviticus 26 in a January 2018 article titled “America’s Greatest Defeat—Iran’s Victory.” He used the passage in the context of Iran’s rise, noting, “Iran also has bombed and butchered its way into the dominant role in Iraq and Afghanistan ….” America has paid in lives, blood and trillions of dollars. But Iran has come out on top. And now it has begun this new robust Taliban training.

The arrival of Taliban 2.0 portends Afghanistan descending further into chaos. And we can expect Iran to capitalize while America falters.

Iran shares almost 600 miles of border with Afghanistan. It stands to reason that Iran wouldn’t want the Islamic State on its doorstep. One of Tehran’s preconditions for training Talibani fighters was that the Taliban eliminate the Islamic State.

However, Iranian border security is not the compelling factor in this decision. Again, the Bible reveals Iran’s motives. Studying prophecy with recent events, we can see that Iran finds the Islamic State extremely useful.

Why? Because the Islamic State provides a convenient excuse for Iran to gain power. As the Islamic State loses territory, the power vacuum must be filled. It is often Iranian-backed militias that sweep in. Iraq is a case-in-point. Iran is using the Islamic State to seize control of regions that were once beyond its reach.

In Afghanistan, Iran is uniting with the Taliban to face a common foe. Not everyone has been duped by this tactic.

The leader of one of Afghanistan’s biggest political parties has called Iran out. Gulbuddin Hekmatyar, the chief of Afghanistan’s Islamic Party, drew parallels to what Iran has done elsewhere in the region:

Iran is playing the same game in the name of [the Islamic State] like it has done in Iraq. Iran has sent nearly 30,000 trained Afghans to Syria for war there. Many have been killed and now Iran wants to bring them back to Afghanistan. Iran has requested the Afghan government to allow them to return. Some have already been deployed in northern parts of Afghanistan. [The Islamic State] in Afghanistan is Iran’s game and not the U.S. and Pakistan.

In his January 2018 article, Mr. Flurry wrote, “Scripture makes plain that Iran is the king of the south. Iran is the tiger and the Islamic State is the mouse. There is no way we can ever solve our problems if we do not realize who our real enemy is and quit playing games.”

You can read about this king of the south in Daniel 11:40. You can also watch the following 90-second video for a succinct overview.

Our free booklet The King of the South explores this fascinating prophecy in detail. Order it here.

This is why we need to pay attention when Iran starts befriending and training the radical former leaders of Afghanistan. Prophecy reveals that the king of the south will lead the forces of radical Islam. Tehran has worked to seize control of neighboring Iraq. Don’t think it wouldn’t seize the opportunity to do the same in Afghanistan.

While the U.S. may refuse to acknowledge Iran’s rise, Europe will not. Across the Middle East and North Africa, Europe has steadily maintained troop deployments. Often these training, humanitarian or weapons-manufacturing sites share borders with radical Islam.

When looking at Europe’s troop deployments, a pattern begins to emerge. Iran and its radical partners are being encircled. This is leading toward the prophesied clash between the king of the north (a united German-led Europe) and the king of the south (radical Islam, led by Iran). God even records how this one-sided war will be fought: It will be a whirlwind-style attack (Daniel 11:40).

We must understand the prophetic context of Europe’s attack. Be sure to request and read our free booklet Germany’s Secret Strategy to Destroy Iran.

Afghanistan has been the focal point of the war on terror for almost two decades. With all the blood spilled and treasure spent, strategically speaking the reason the war hasn’t been more successful traces back to one fatal mistake: the West’s inability to identify the head of the terrorist snake—Iran.

Prophecy shows that Europe will soon rectify this. The consequences will be terrible—not just for Iran but for the world. The whirlwind aggression from Europe is a sign of the start of the Great Tribulation. Prophecy states that the world will descend into anarchy as the king of the north runs rampant.

But take hope in these earthshaking prophecies. God is delivering a warning today so we can avoid these cataclysmic events. God promises a way of escape for those willing to repent and turn to Him now. In fact, He offers a place of protection and preparation for the end of the Tribulation and the arrival of the Kingdom of God!