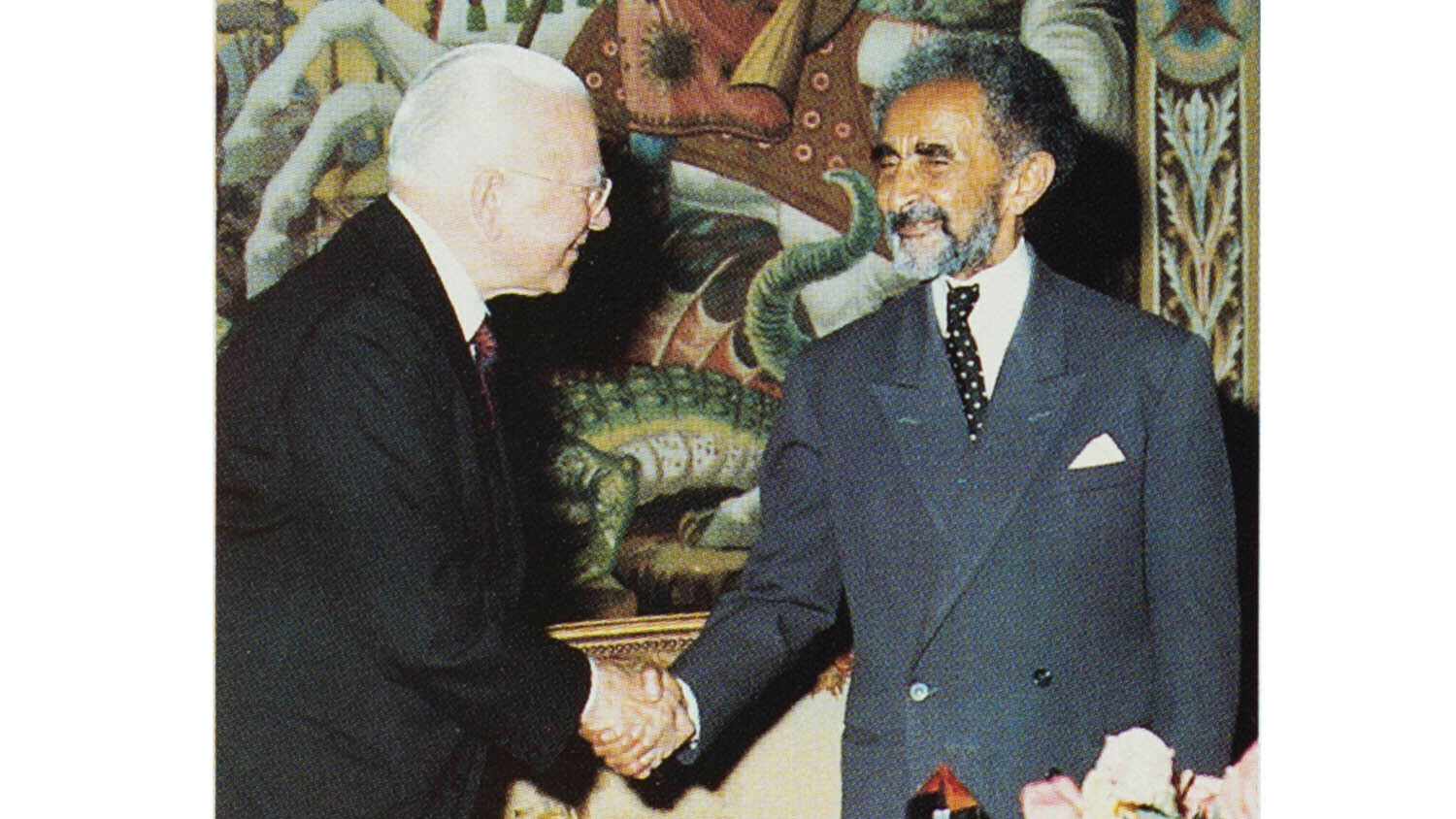 Why Ethiopia needs to remember its history with God’s work

Herbert W. Armstrong once wrote, “Of all the heads of nations or of great corporations, I think none could have triggered greater anticipation prior to meeting than this longest-ruling of all rulers” (Plain Truth, December 1973). Mr. Armstrong was pastor general of the Worldwide Church of God and editor in chief of the Trumpet’s predecessor, the Plain Truth. In his lifetime Mr. Armstrong met with hundreds of world leaders. Yet none filled him with more anticipation than meeting Ethiopian Emperor Haile Selassie.

They met 45 years ago today, on June 19, 1973. Recounting the meeting at Ethiopia’s Jubilee Palace, Mr. Armstrong wrote: “All my life, from age 19, I have had more or less close contact with many of ‘the great and the near-great’ of the world—heads of large corporations, presidents and chairmen of major banks, publishers, educators—and in these recent years government heads and world leaders. But none had seemed a more outstanding personality than Emperor Haile Selassie” (ibid).

The two shared much common ground. Born eight days apart, both men traced their lineage back to King Solomon and King David. Upon discovering this common ancestry during their meeting, the emperor broke with tradition. He dismissed his interpreter and spoke with Mr. Armstrong in English.

In his Plain Truth article, Mr. Armstrong recounted how the two discussed basic fundamentals of world conditions: “He took keen interest in my explanation of the two divergent philosophies or ways of life, which I call the way of ‘get’ practiced in this world, and the way of ‘give’ which leads to peace, happiness and success.”

Forty-five years later, Ethiopia, like all nations today, is wracked by the practice of “get.” Tribes and ethnic groups are vying for power, while more than 40 percent of the population languishes in poverty. War, overgrazing and deforestation threaten the livelihood of the nation’s farmers.

Today a new Oromo prime minister is taking steps to bring liberal reform. In a nation lacking basic education, the effort could bring pandemonium instead of prosperity! Nations such as Iraq prove that instant democracy splits a nation along ethnic lines. Everyone votes for his tribe—hoping to get more from a “brother” in power.

Now more than ever, Ethiopia needs to hearken back to a message once delivered: the way to real peace.

The Fall of an Emperor

God brought a powerful witness to the emperor through Mr. Armstrong. Emperor Selassie received the message about the way of “get” versus “give.” He was highly receptive, responding often from the book of Proverbs and words of Solomon. He commended Mr. Armstrong for not only preaching the way of give, but practicing it.

The two met again in 1974. But arriving for this second meeting Mr. Armstrong found the emperor “downcast and tremendously concerned.” His nation was languishing in poverty and on the brink of civil breakdown. Conditions akin to today.

Mr. Armstrong told the emperor, “World conditions are rapidly accelerating into the final climax of trouble and evils mankind has brought on itself. Soon now, the Almighty, Supreme God is going to intervene, and by supernatural, divine power, take over the governments of all nations and enforce world peace” (Plain Truth, March 1974).

Imagine if Ethiopia—or any nation—had acted on this information then? What would life in Ethiopia be like today if this warning had been heeded?

Sadly, this was to be the last time the two men spoke face to face. Emperor Selassie would not see the peace he craved. Just one year later, destruction descended on Ethiopia.

A committee of 109 soldiers called the Derg was assembled to investigate and root out corruption and abuses in the military. The group quickly gained power including the means to charge military and government officials at every level. Just three months after its founding, the Derg deposed and imprisoned the emperor.

Mr. Armstrong noted, “One of the very last things the emperor did before being taken was to send me a telegram of congratulation on my birthday.”

Mr. Armstrong then canceled a large personal appearance campaign in Ethiopia. The officials he was working with were all imprisoned. The gospel message to Ethiopia was silenced.

So began the brutal and bloody reign of the Stalinist Derg regime. The nation was transformed overnight. In one day, known as “Bloody Saturday,” 60 former high-ranking officials—including the emperor’s grandson—were executed without trial.

Then, on Aug. 28, 1975, the regime released a statement claiming the emperor had died of respiratory failure. His personal doctor—not present at the time—rejected the claim. Many imperial loyalists still believe the emperor was assassinated.

In one year, Ethiopia’s Solomonic dynasty and government was wiped out. The Derg ruled until 1991. During its reign, the regime killed more than half a million people. Countless more were tortured and maimed.

The Rise of an Alliance

Today Ethiopia faces similar challenges to those the emperor faced in the 1970s: poverty, famine, ethnic division, corruption. The same factors that led to the emperor’s fall are present again.

The Trumpet carries the same hope-filled message of Mr. Armstrong. But a warning must also go out. As Mr. Armstrong warned, world conditions are heading to a climax of trouble and evil. And Ethiopia is not immune.

The Trumpet pinpoints a specific prophecy in Daniel 11:40-43 that shows Ethiopia will join an alliance called the king of the south. This is a power led by Iran and fueled by radical Islam. Ethiopia is mentioned by name in this prophecy!

Many might scoff at such an alliance. How could a Christian-majority nation align with radical Iran? But remember the Derg and how quickly the nation was transformed. Mr. Armstrong warned the emperor, and within two years the monarch died a prisoner in his own palace—his kingdom stripped away!

If you want to better understand Ethiopia’s place in Bible prophecy, be sure to request and read our free booklet Libya and Ethiopia in Prophecy. This booklet contains a powerful warning for Ethiopia, Europe and the entire world. It also reveals the great hope the book of Daniel prophesies for all nations.