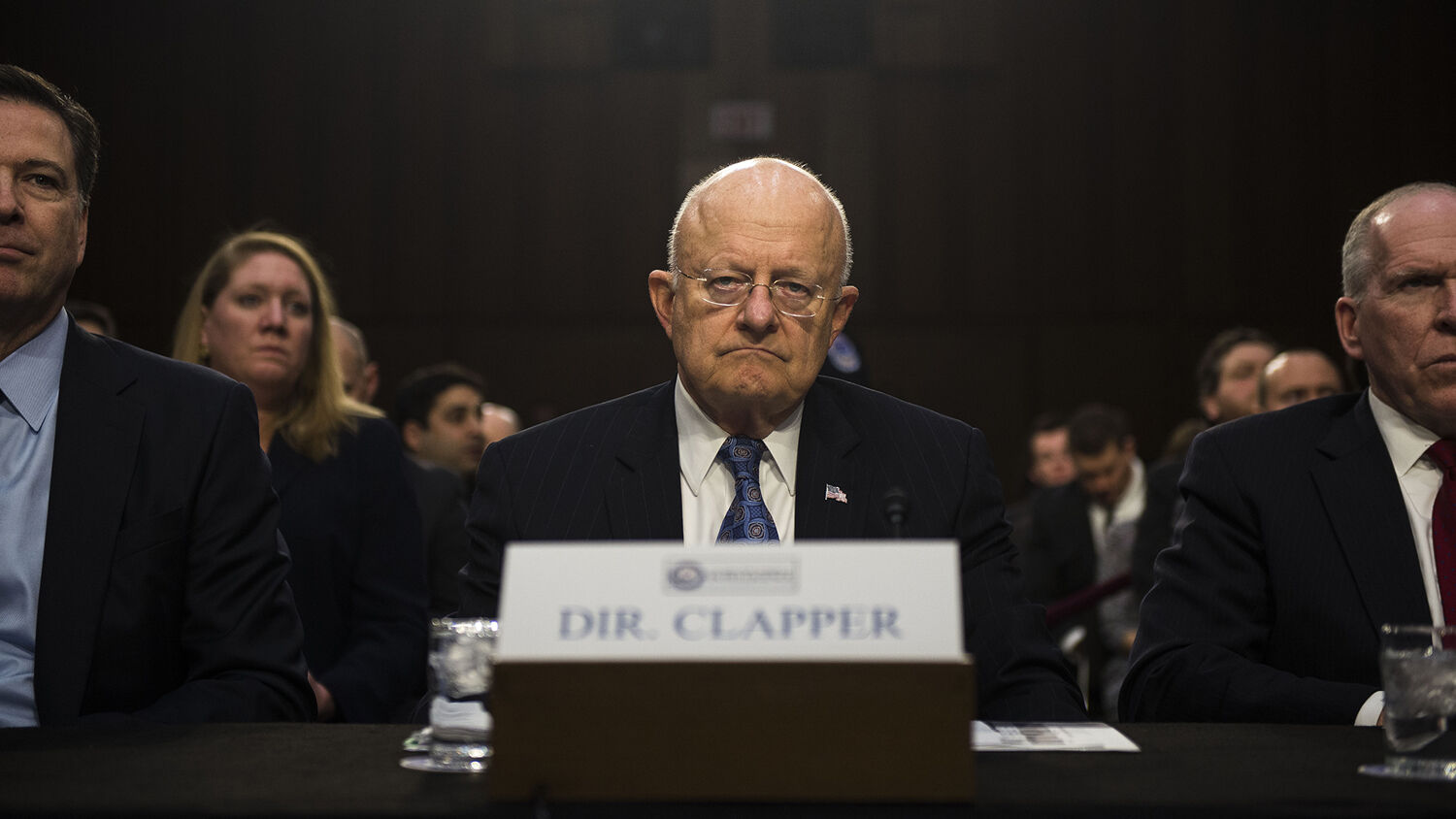 A team of cnn reporters was presented the Merriman Smith Award for broadcast journalism at the White House Correspondents’ Association dinner on April 28. Jake Tapper, Jim Sciutto, Evan Perez and Carl Bernstein won the award for a story reporting that Barack Obama’s top intelligence chiefs briefed President-elect Donald Trump on Jan. 6, 2017, that Russia may have compromising personal and financial information on him. Although the Merriman Smith prize committee rewarded the cnn employees who reported the story, it neglected to credit the senior Obama administration official who leaked the classified information to the media.

Then Director of National Intelligence James Clapper leaked the information to cnn, according to a House Intelligence Committee report released on March 22. While Clapper denied leaking information to the media when Congress questioned him in July 2017, he later acknowledged discussing a dossier compiled by former MI6 agent Christopher Steele with Jake Tapper around the time he briefed President-elect Trump on the same topic.

Clapper resigned his post as Director of National Intelligence on Jan. 20, 2017—the day Donald Trump took the oath of office. Eight months later, cnn hired him as a national security analyst. This has raised serious ethical concerns, as it at least appears like cnn is paying Clapper for leaked information by giving him an on-air job.

Meanwhile, nbc has hired former cia director John Brennan as a national security analyst. Like Clapper, Brennan was one of four intelligence chiefs who briefed Trump on Jan. 6, 2017. Brennan has also been accused of leaking classified information to the press. Rep. Peter King (R-New York) alleges that Brennan leaked Russian hacking information to the Washington Post and has called for an official investigation. The Washington Post reported in November 2016 that a classified cia assessment found Russia had meddled in the U.S. election.

Even if Brennan did not leak classified information to the media, the fact that mainstream media outlets are hiring former spies from the Obama administration is concerning. In the 1950s, cia director Allen Dulles attempted to manipulate news media for propaganda purposes by collaborating with 400 American journalists. While cia director George H. W. Bush supposedly put an end to the Agency’s domestic propaganda operations in 1976, recent developments have raised concerns that the U.S. Intelligence Community may be collaborating with major media outlets like cnn and nbc.

According to Attorney General Jeff Sessions, the Justice Department has more than tripled the number of active investigations of government leaks since the end of the Obama administration. Many former spies and intelligence officials are now working for the very news agencies that publish these leaks. As Tablet Magazine reported, “It’s hard to imagine anything worse for a democracy than journalists coordinating with political operatives and spies who are paid by the press to leak information about American citizens.”

The federal government is literally at war with itself, and the major media is taking sides. While media outlets like Fox News are sympathetic to the Trump administration, cnn and nbc are hiring deep state spies to discredit, damage and possibly end Trump’s presidency. This deep state civil war threatens to unleash a constitutional crisis that will lead to an actual civil war unless there is a drastic change in the very near future.

“Republicans and Democrats are divided like never before,” Trumpet editor in chief Gerald Flurry wrote in the October 2017 Philadelphia Trumpet. “Rather than trying to solve the nation’s problems, the radical left is stirring them up. Some people believe they are bringing down President Donald Trump, but are they instead bringing down America itself?”

President Abraham Lincoln famously quoted this verse before the Civil War. Now is the time for every American to look to the same Bible Lincoln did and ask what might we be doing to have brought such curses upon ourselves. The grand lesson of all history is that the law of God is the only law that leads to peace, unity and prosperity. As people seek unity with God, they also achieve unity with each other. This is the only solution to the corruption and division currently tearing America apart.