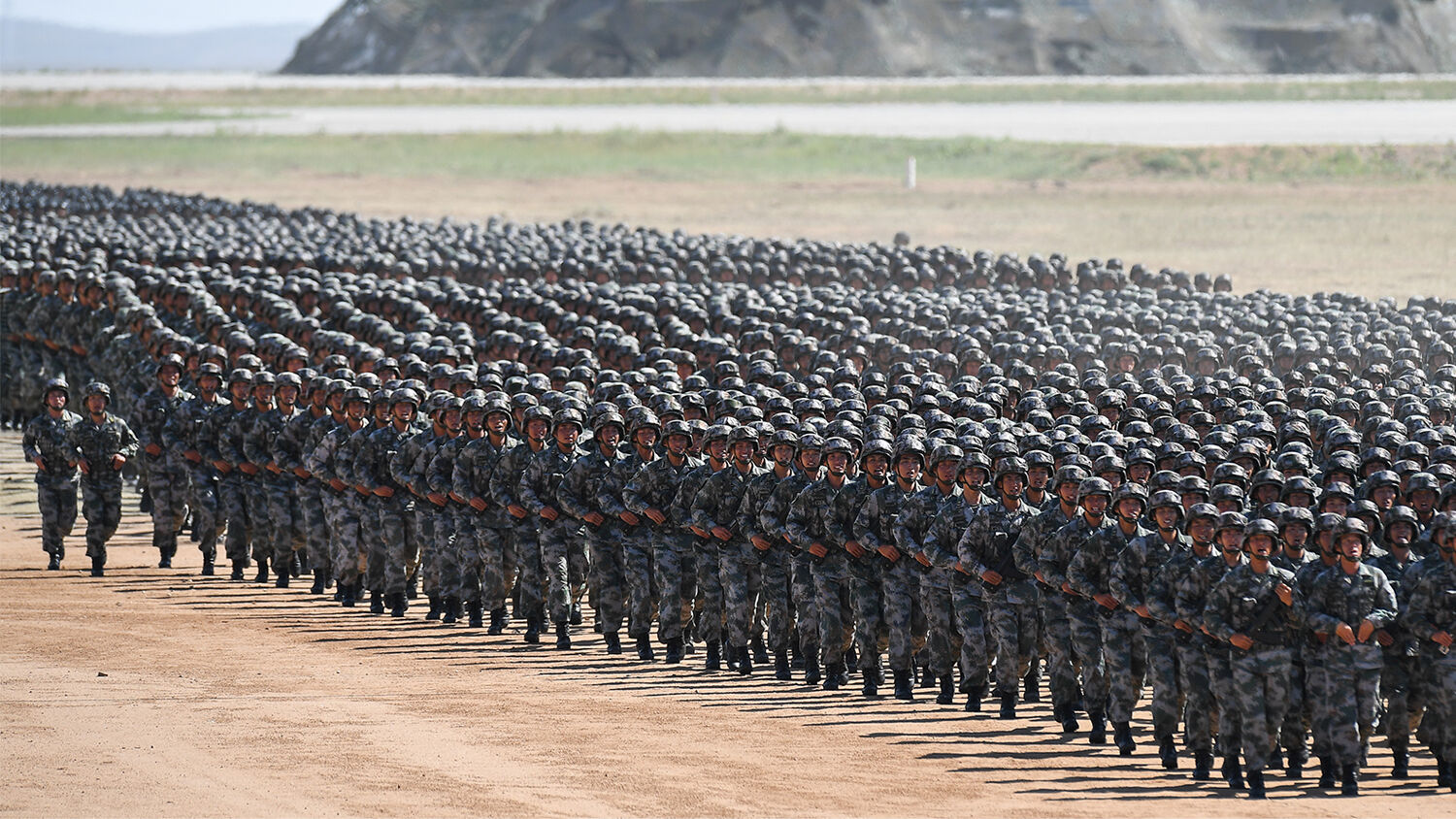 A military parade is held at Zhurihe military training base to mark the 90th birthday of the Chinese People’s Liberation Army on July 30, 2017, in Xilingol League, Inner Mongolia.
Getty Images

The Shanghai Cooperation Organization’s latest meeting is leading to a fulfillment of Bible prophecy.

Members also agreed to hold major joint military exercises in Russia this September. The combined population of these nations comes to around 3.2 billion people, which is close to half of the total global population. These war exercises by militaries representing such vast numbers will mark a historic event.

The meeting also marked the first time India and Pakistan participated as full members. Both became full members last year, adding their large populations and nuclear-armed militaries to the bloc.

Yet the true powers of the sco are still China and Russia.

Chinese Minister of National Defense Gen. Wei Fenghe presided over the summit and delivered a keynote speech. “The ‘Shanghai Spirit’ should be well-preserved,” he said, “while pragmatic cooperation is strengthened in areas such as high-level exchanges, joint military drills, and education, among others.”

The strengthening of cooperation between these eight Asian nations is deeply significant in light of Bible prophecies for modern-day Asia.

Around a.d. 90, the Apostle John recorded a striking prophecy about a military force that would emerge in the end time: “And the number of the army of the horsemen were two hundred thousand thousand: and I heard the number of them” (Revelation 9:16).

This is describing a military force of 200 million men.

This jaw-dropping number is orders of magnitude larger than the largest army in human history. And the jaw drops further when we consider how many people were alive when John recorded this prophecy. Estimates of the total population on the planet at that time come to a little over 150 million people. That is compelling evidence that this prophecy is for the modern age. Only in recent times have national populations swelled large enough to make a military force of this size even possible.

Yet even in this modern era of population explosion, such an army is enormous. Where could this many troops come from?

Historical data shows that nations can field roughly one fighting man for every 15 adults in a population. In extremes, 1 in 10 adults could be made soldiers.

In the United States today, there are 250 million adults. That means, in a time of extreme duress, the U.S. could possibly field an army of 25 million troops. (This is more than 15 times the current number.)

By this formula, the European Union’s vast population could field a force of around 40 million; the combined countries of Latin America could produce an army of 48 million; those of Africa, 70 million.

These impressive figures are still a far cry from the 200 million-man force that Revelation 9:16 prophesies will rise up in the end time.

It is only from a combination of Asian nations that a force of this stupefying size could be assembled. The combined population of the sco member states is 3.2 billion, of which some 2.5 billion are adults. Even going with the low end of the formula, building a military of 200 million men from these Asian nations is demographically feasible.

It should come as no surprise then that in Revelation 16:12 John refers to this 200 million-man army as “the kings of the east.” This incomparably huge force will be a confederacy of several Asian or Eastern nations.

The Trumpet has said for years that these “kings of the east” will be one of the main players in a nuclear World War iii, and that they will be led by Russia and China.

China and Russia are the regional behemoths driving the coalescing of Eastern nations, and the sco may prove to be among the vehicles they use to achieve that goal.

To understand the significance of a unified Asian bloc and how it is connected to the most inspiring and hope-filled event that Earth has ever seen, read our free booklet Russia and China in Prophecy.