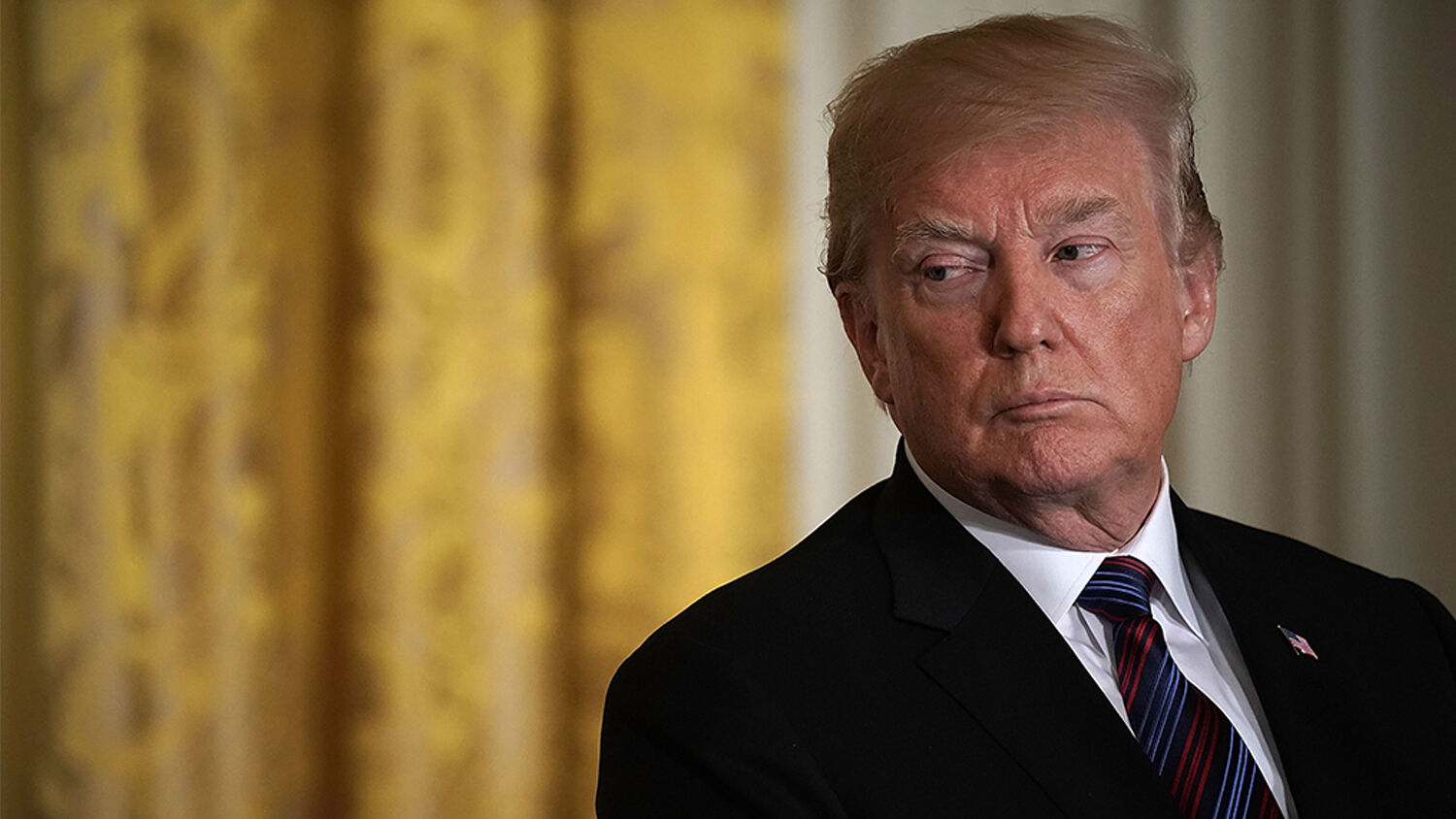 Recognize the real significance of the historic infighting consuming the United States government.

An embarrassing spectacle is unfolding within the American government. All the scandals, investigations, accusations and infighting happening right now can be bewildering to try to keep up with.

However, you cannot afford to just tune it out! You need to recognize the real scope of the history unfolding before your eyes. You must understand what it means for the future of this nation and the future of the world.

If you follow mainstream news, you are getting a very distorted view. Some less-used sources provide good information and help you to see a picture closer to reality. But the Trumpet offers a perspective you will get nowhere else. Only we show why this is happening and where it is leading.

Our view is not partisan. The Trumpet is neither pro-Trump nor anti-Trump. We offer the spiritual and biblically prophetic view. We explain how events are fulfilling the prophecies of the Bible and leading to the end of this age and the Second Coming of Jesus Christ.

This is a vital perspective, and we feel a real sense of responsibility to inform you of it.

What we are witnessing now is nothing less than a war, waged by people who, wittingly or unwittingly, are working to bring America down from within.

For the duration of the 15-month-old Trump presidency (and even before, when it became clear he would win the Republican nomination), the media have found and broadcast every bit of unflattering, embarrassing, salacious information they could find about this man. Sadly, of this there is no small amount. America has never had a president whose past sins were so public, or who provided so much ammunition to his enemies by using an unfiltered populist megaphone like social media.

However, the president’s enemies in the media and within the government are not limiting themselves to publicizing negative things that are known and provable. They are also fixating on what is implied, alleged or possible—or even proved false.

Donald Trump has been in the public eye his entire life. He was born to rich parents. He has real estate and properties all over the map. He led a popular reality show on a major television network for 14 years. He has befriended many media stars and politicians, including prominent Democrats like Hillary Clinton.

But then he ran for president.

Virtually overnight, he was declared to be a joke, a buffoon, a clown. And once he started to win, and especially when he won the Republican nomination, the attacks against him turned far more malicious.

Since he won the presidency, Trump’s enemies in the media and in the government have done everything possible to depict this man as deranged, stupid, unstable, incoherent, senile, corrupt, immoral, chauvinist, misogynist, bigoted, racist, jingoistic, nationalist, white supremacist. Just two years ago, nobody accused him of any of these things. Now he is supposedly such a threat to global stability that any and all means to discredit and overthrow him are considered acceptable, even noble and patriotic.

These relentless condemnations and attacks reveal something far more serious and threatening than the specifics of the accusations against the president.

They reveal that there is a segment of America willing to do virtually anything to undo the results of the last presidential election—and to reclaim power.

In the 2016 election, Donald Trump won 57 percent of the electoral vote and 30 out of 50 states. He won 84 percent of America’s counties. He received nearly 63 million votes, the highest vote total of any Republican candidate in history.

However, there is a strong contingent within the government, the media, and the American populace that does not and will not accept this.

The election of Donald J. Trump to the presidency represented a blow to their claim to power and their ambitions to remake this country as they see fit.

This is a type of internal conflict that America’s founders did not foresee when they established the checks and balances of Washington’s three governing branches. It imperils the very survival of the constitutional republic they built.

We are seeing the true nature of this movement and the mortal threat it truly is to the foundational principles of America.

The lid is being lifted on this movement in a way it never would have had Hillary Clinton been elected. Miraculously, the Trump presidency is temporarily holding it back and, in the process, exposing it for anyone willing to see.

What we are seeing, in fact, is just how close this nation is to collapse!

Astoundingly, many people within this country would love to see this happen and are working to bring it about. Many of them are in the federal government.

This is why we at the Trumpet feel compelled to focus on these developments.

America’s downfall is one of the most earthshaking end-time prophecies of the Bible. It is foretold in dozens of biblical passages. We have been warning about it for decades, since Herbert W. Armstrong wrote the first version of The United States and Britain in Prophecy back in the 1930s.

The drama unfolding in Washington is directly leading to the fulfillment of this prophecy of America’s downfall!

Trumpet editor in chief Gerald Flurry has been writing about the spiritual dimension to the dangers to America for years, starting with his booklet America Under Attack, first published in 2013. This booklet shows that the problem is bigger than a few partisan bureaucrats or one political party or the mainstream media.

The real force attacking America is a very real, very evil spirit power. It is working diligently to bring this nation down and plunge the world into a new holocaust.

This booklet also shows how the real reason for this curse is not simply bad leaders. It is the sins of the American people that have opened the door for this attack. Even a simple look at the average American attitude reveals a broad, unshakeable complacency not only toward God but even toward their constitutionally prescribed freedoms. This is enabling the nation’s leaders to take these freedoms away. A people vigilant to protect the Constitution would protest efforts to dismantle it, rather than applauding those efforts—or ignoring them to flip over to a different television channel.

I urge you to read Mr. Flurry’s May-June 2018 Trumpet cover story, “Saving America From the Radical Left—Temporarily.” It provides the biblically prophetic perspective, even showing how the Trump presidency is fulfilling a specific prophecy about America. “The drama unfolding in Washington is something you cannot afford to ignore,” he wrote. “We are witnessing a government—and a nation—on the verge of collapse.”

This is a crucial perspective. This article shows how God is actually orchestrating these events to fulfill His prophecies. It will help you gain God’s view of what is happening to America today.