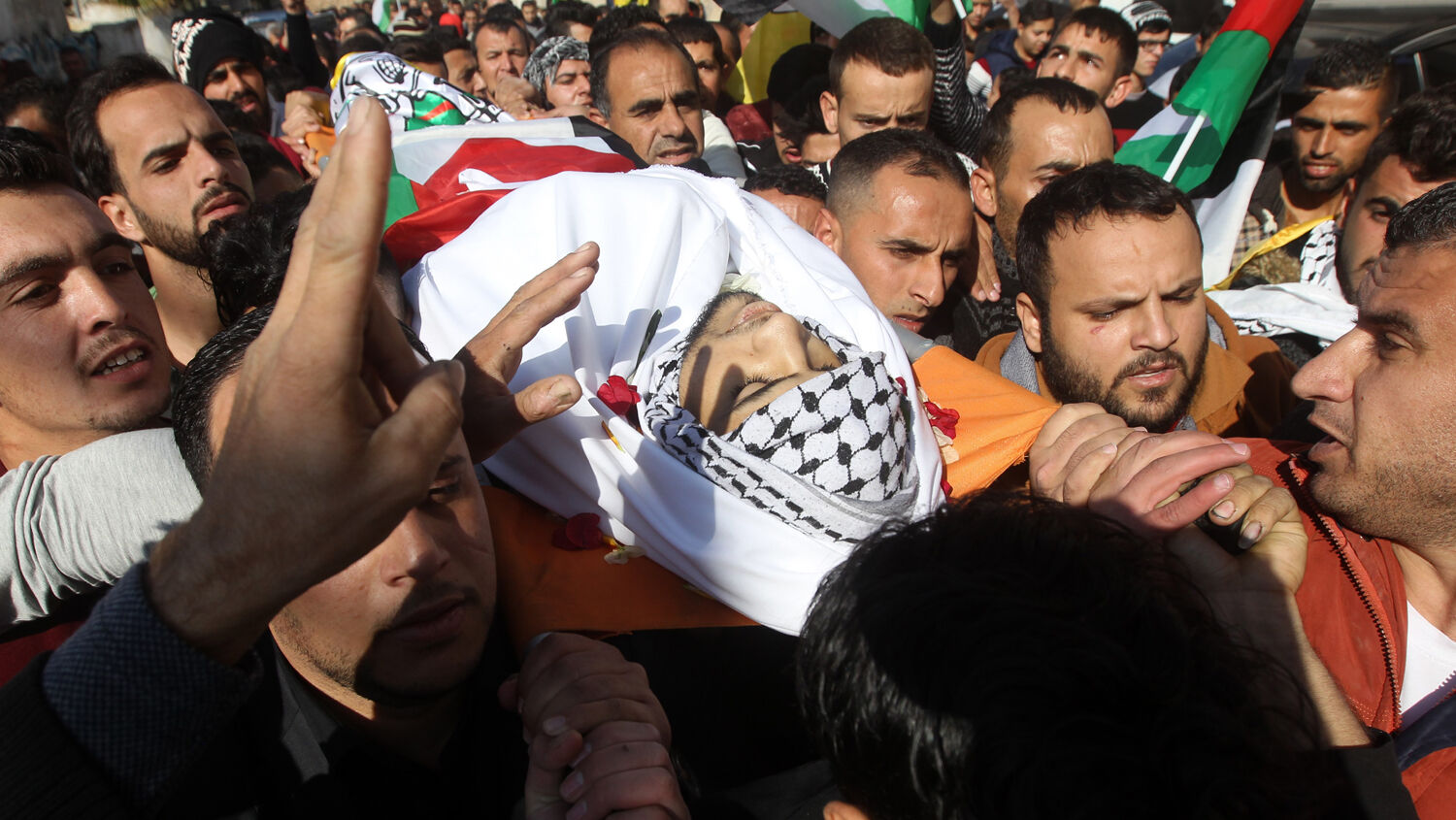 A Palestinian funeral procession for Mohammad Akil, who attempted a stabbing attack and was killed by Israeli soldiers in Ramallah
Getty Images

If you are American and you pay taxes, then your funds are going toward paying terrorists.

According to Times of Israel, the Palestinian Authority (PA) receives approximately $600 million annually from the United States. Much of this goes to the operational costs of the PA and its internal programs. One such program is the Palestinian Authority Martyrs Fund. Through this fund, the PA pays the families of men and women who carry out terrorist attacks. It is referred to as the “pay-to-slay” program.

Any Palestinian wanting to pick up a knife to stab a soldier or drive a car onto a crowded footpath has the added incentive of knowing that his family’s bank accounts will benefit from his terrorist act. The Martyrs Fund rewards those who kill and maim. It encourages terror. It would not be as well-funded without U.S. taxpayer dollars.

The United States government is well aware of this, and the Trump administration has taken steps to stop it. On March 23, President Donald Trump signed the Taylor Force Act into law.

This legislation stops all economic aid unless the PA ends the martyr program. The Palestinian leadership has criticized the act.

“Of course we categorically reject this,” said PA President Mahmoud Abbas. “We will not under any circumstances allow anyone to harm the families of the prisoners, the wounded and the martyrs. They are our children and they are our families. They honor us, and we will continue to pay them before the living.”

Abbas dismissed the underhanded approach of siphoning off aid to supplement the fund. Now he unashamedly promotes it. According to Palestinian Media Watch, the latest PA budget allocates nearly 8 percent of its total operational budget to the Martyrs Fund. That is almost 44 percent of total foreign aid, or $355 million.

Taylor Force was an American war veteran and student visiting Israel in 2016. On March 8, he was stabbed to death by a Palestinian terrorist. Taylor’s attacker was killed. The terrorist’s relatives now receive a pension larger than the income earned by the average Palestinian.

While the U.S. is finally reacting, the Palestinians seem hardly concerned. Many Arab nations sponsor the Palestinians, as does the European Union and a host of nongovernmental organizations. In 2016, flushed-with-cash Iran also promised to pay Palestinian “martyrs.”

Even with the Taylor Force Act in place, American taxpayer money will continue to go into Palestinian accounts. The PA security forces and intelligence agencies receive separate economic aid that is unaffected by the act.

The Trumpet warned in 2007 that the West needed to rethink its relationship with Abbas. Columnist Brad Macdonald wrote:

Ever since he has taken office, Abbas has repeatedly mocked his “moderate” status with provocative words and radical actions. … Rather than cracking down on terrorist activity, he approved sending government financial aid for the families of multiple thousands of suicide terrorists, as well as for terrorists who are wounded or sitting in Israeli prisons.

Terrorism has thrived under the leadership of Mahmoud Abbas. Ideologically, Abbas is more on the side of Iran, Syria, Hezbollah and Hamas than he is of Israel and the West.

Today, peace in the Middle East hangs by a thread. Hamas is whipped up into a frenzy. Across the northern border, Hezbollah bristles with armaments. And Iranian militias inch closer to the Syrian-Israeli border every day. Next to these, Abbas might seem like a moderate. But as Mr. Macdonald said, “Even a fox appears good-natured when standing beside a lion.”

The agenda of Abbas and the Palestinians is not mysterious. A man who runs a “pay-to-slay” program is not interested in peace. We have warned for years that the West has put too much trust in the Palestinians. The U.S. ought to be less interested in dangling financial carrots and more interested in what God promises is about to happen in the flashpoint city that Palestinians, Jews and others are struggling over: Jerusalem.

“Behold, the day of the Lord cometh, and thy spoil shall be divided in the midst of thee. For I will gather all nations against Jerusalem to battle; and the city shall be taken, and the houses rifled, and the women ravished; and half of the city shall go forth into captivity, and the residue of the people shall not be cut off from the city” (Zechariah 14:1-2).

Notice what Trumpet editor in chief Gerald Flurry wrote about half the city falling: “The Palestinians, backed by Iran, will almost certainly do this violent deed.” Mr. Flurry wrote this in his booklet Zechariah—The Sign of Christ’s Imminent Return (free upon request).

Islamic terror will keep getting worse until Christ returns. For more on the future of radical Islam’s attack on Israel and the inspiring hope for Jerusalem in the long term, read our free booklet Jerusalem in Prophecy, by Gerald Flurry.