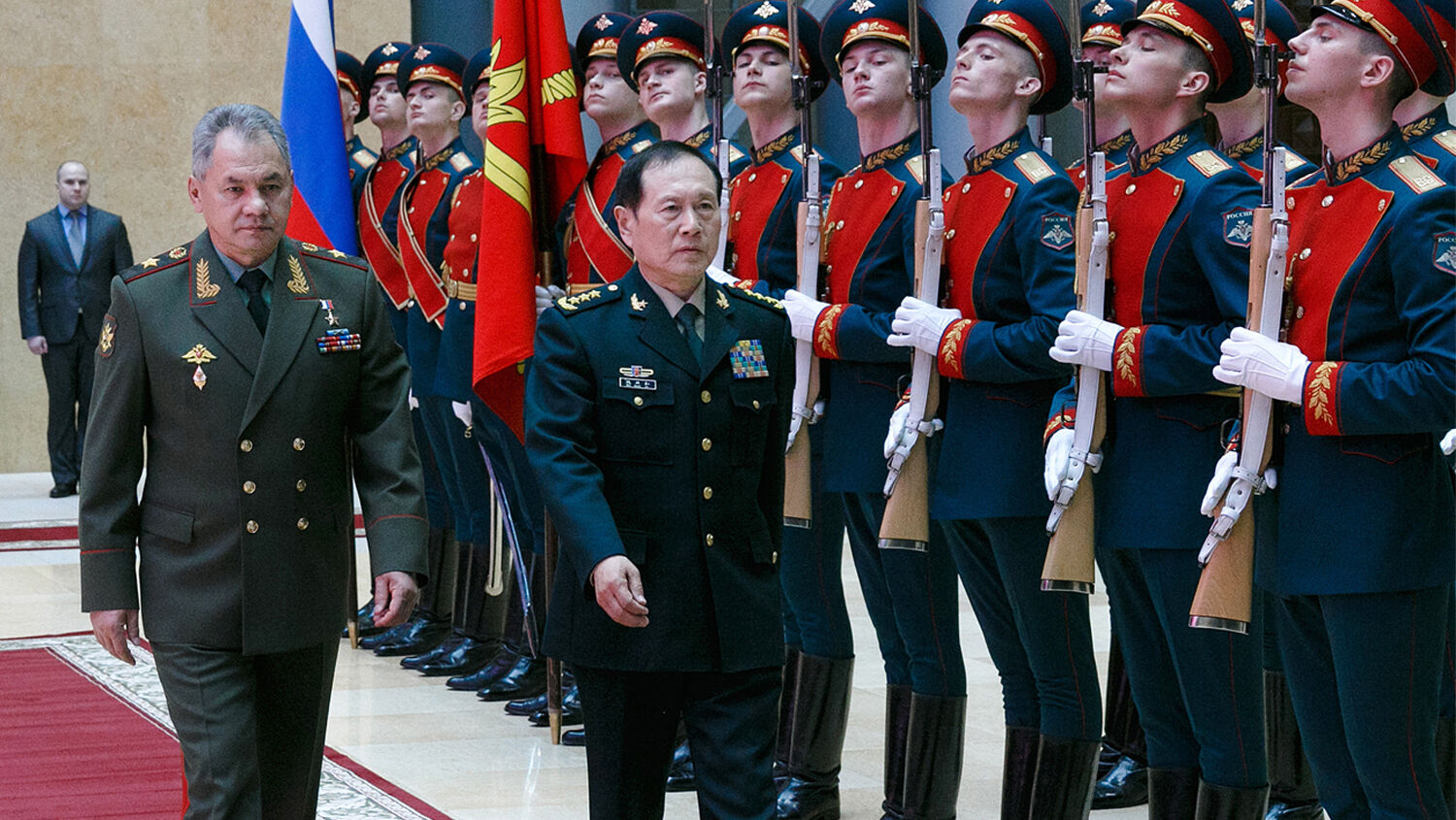 Deep cooperation between Moscow and Beijing was predicted 2,500 years ago. Now it is a reality.

It was no exaggeration when Modern Diplomacy wrote on April 8 that “China’s alignment with Russia is a fait accompli.” The assessment came after a week of notable indications showing that the Moscow-Beijing partnership has reached a new peak of strength.

On April 3, Chinese Defense Minister Wei Fenghe traveled to Russia as the special envoy of Paramount Leader Xi Jinping for the Moscow International Security Conference. The general had two main messages to deliver to the Russian leadership and to the world.

First, Wei said: “I am visiting Russia as a new defense minister of China to show the world a high level of development of our bilateral relations and firm determination of our armed forces to strengthen cooperation.”

He continued: “Second, to support the Russian side in organizing the Moscow International Security Conference, the Chinese side has come to show Americans the close ties between the armed forces of China and Russia, especially in this situation. We’ve come to support you.”

So the messages are that Russia-China military axis is here and it is ready to challenge the existing global order.

On the same day as the conference, Moscow delivered to China the first regiment of S-400 surface-to-air missile systems. The delivery of this game-changing weaponry came with promises that more S-400 systems will be supplied to Beijing soon, as part of a $3 billion deal the two sides signed in 2014.

Two days earlier, news broke that Russia and China plan to merge their satellite tracking systems into one global navigation giant. “Moscow and Beijing will team up to create an integrated navigation system based on Russia’s Global Navigation Satellite System (glonass) and the Chinese BeiDou,” Russian state media reported. If such a merger happens, it will indicate a level of mutual trust between these two nations that is unusual and noteworthy.

These recent developments are only the latest in a decade and a half of rapid strengthening of the Russia-China partnership. The relationship is so robust, it could be called an alliance in every way except officially. “Although they never forge formal alliance in the classical terms,” Modern Diplomacy wrote, “the two countries have actually established strategic partnership covering all of the essential features as allies.”

From Contenders to Comrades

Part of what makes the rapidly deepening Russia-China partnership so newsworthy is how blatantly it contrasts with their recent history of disagreement. In the 1950s, a dispute erupted between China and what was then the Soviet Union about their shared border. The two also had considerably different views about how to implement communism and how to deal with the capitalist nations.

In 1969, these arguments exploded into war. The clash became so heated it threatened to trigger a nuclear conflict. Neither side pressed the nuclear button, but more than 20 years of distrust and animosity followed.

Even amidst those decades of bitterness between Beijing and Moscow, one analyst repeatedly said that the two would eventually form a partnership that would change the world.

Herbert W. Armstrong first prophesied of a Russia-China axis back in the June-July 1934 issue of the Plain Truth magazine. He wrote: “[T]wo great military powers [will] arise in the last days—one the revival of the Roman Empire … ; the other Russia, with her allies … possibly China or Japan.”

In December 1959, when the friction between Russia and China was severe, Mr. Armstrong’s magazine said that, despite those tensions, the two would soon lay aside their differences and form a partnership. “China’s … constant dream for centuries has been ultimate world conquest! … China knows, however, that in this highly industrialized age she can accomplish this dream only as an ally of Russia. … China is now ready to begin devouring the rest of Asia with Russia’s secret military backing” (Plain Truth, December 1959).

These are a small sampling of the numerous statements Mr. Armstrong and his newsmagazine made from 1934 up until his death in 1986, saying that Russia and China would shift from mutual hatred to close cooperation.

In 1986, Russia-China relations remained deeply strained. But the trend of the last 15 years—including the landmark events of early April 2018—show that Mr. Armstrong’s forecast is accurate.

Viewed Through a Lucid Lens

Mr. Armstrong accurately forecast the Russia-China cooperation that is so undeniable today because his primary intelligence source was Bible prophecy.

The December 1962 Plain Truth referenced some of the specific scriptures that informed Mr. Armstrong’s prophecies regarding Asia:

A passage in Ezekiel, written some 2,500 years ago, also informed Mr. Armstrong’s accurate forecast. “Son of man, set thy face against Gog, the land of Magog, the chief prince of Meshech and Tubal, and prophesy against him” (Ezekiel 38:2).

Referring to this passage, Mr. Armstrong wrote in the April 1981 Plain Truth:

Ezekiel 38 shows that Russia will be the leading nation in the end-time Asian power bloc, and that China will be in a position of secondary leadership.

In the near term, the Russia-China partnership points to a violent future for the world. But it is also closely connected to the best imaginable news for mankind.

To understand the details of these scriptures and numerous others, and to see how they are being fulfilled by the cooperation between Russia and China that is happening today, read our article “Why the Trumpet Watches Russia Allying With China.”