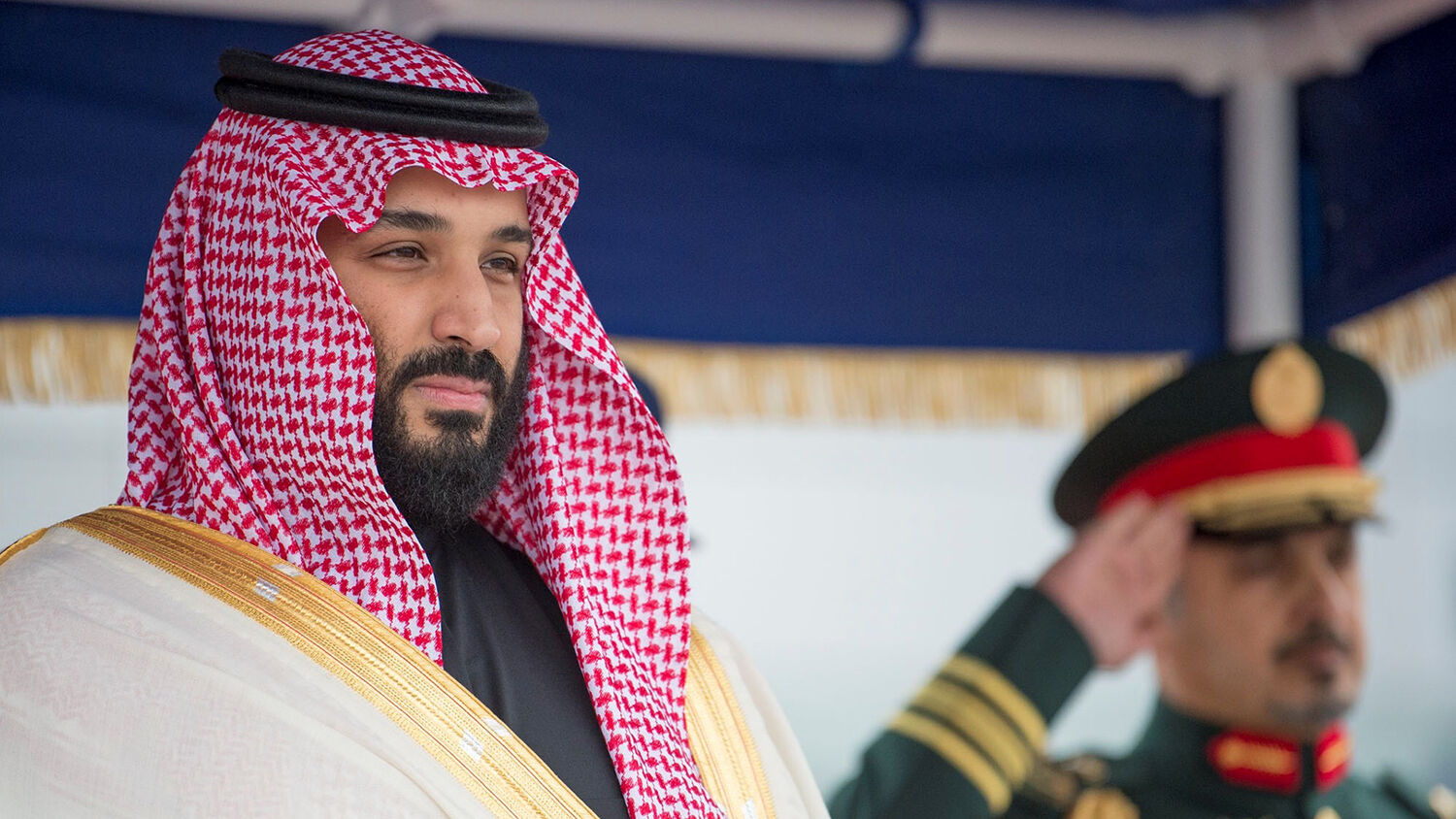 Saudi Arabia appears to be positioning itself as Israel’s new best friend in the Middle East.

Saudi Crown Prince Mohammed bin Salman ostensibly acknowledged Israel’s right to exist during an interview with Atlantic magazine published on April 2. This has set off a new wave of optimism about peace in the Middle East.

When asked whether he believed “the Jewish people have a right to a nation-state in at least part of their ancestral homeland,” Prince Salman responded: “I believe that each people, anywhere, has a right to live in their peaceful nation. I believe the Palestinians and the Israelis have the right to have their own land.”

Salman’s comments caused an international sensation. Such public comments are rare among Arab leaders. They delighted many of Israel’s friends. But they also worried many other friends of Israel. That’s because there’s more to Saudi Arabia’s charm offensive than choice words and diplomatic gestures.

“A Saudi ruler who speaks of Israel’s right to exist is a game changer,” Rabbi Shmuley Boteach wrote for the Jerusalem Post on April 3. Prince Salman “did something extraordinary and historic.” According to David Makovsy of the Washington Institute of Near East Policy, the crown prince’s comments could become “one of the most important statements made by a Mideast leader on the Arab-Israeli conflict since [the late Egyptian President Anwar] Sadat.” We all should watch Prince Salman, exhorted the Anti-Defamation League’s Jonathan Greenblatt on Twitter. “[H]e is far from perfect and there is a long road ahead, but in a region long dominated by hateful despots, [Salman] envisions a very different future for Muslims, Jews, Christians and all in [the] Mideast.”

Saudi princes Fahd (in 1981) and Abdullah (in 2002) have previously sponsored substantial peace initiatives toward a two-state solution for the Israelis and the Palestinians. And Saudi-Israeli ties have since improved. But with the ascension of Crown Prince Salman, who became the de-facto leader of the Kingdom of Saudi Arabia in 2017, those ties improved even more. Inside the kingdom, the prince has reformed economics and culture; beyond its borders, he has improved the Saudis’ relationship with the Israelis and the West. He has issued decrees allowing Saudi women to drive motor vehicles, curtailed the influence of Wahhabi Sunni Islam in Saudi politics, and diversified the kingdom’s oil-dependent economy. He has reached out to Israel and the United States as major economic partners.

Even in his interview with the Atlantic, Salman acknowledged that “Israel is a big economy … and it’s a growing economy, and of course there are a lot of interests we share with Israel, and if there is peace, there would be a lot of interest between Israel and the Gulf Cooperation Council countries and countries like Egypt and Jordan.” This is a notable departure from the Arabs’ quasi-boycott on trade with Israel. Commercial airline flights to Israel were previously banned from crossing Saudi airspace (as well as that of many other Arab nations), but now have open passage.

“Saudi Arabia’s crown prince is very keen to cooperate with the U.S. and with Israel in everything related to defeating what he refers to as the ‘triangle of evil,’” wrote Israeli affairs expert Caroline Glick. Iran is at the apex of that “triangle.”

In his interview, Prince Salman said Iranian Supreme Leader Ayatollah Ali Khamenei “makes Hitler look good.” When speaking about the Iran nuclear deal, he implied that there is a 99.9 percent chance of a war over Iran. “For Saudi Arabia, there is a 0.1 percent chance that this deal would work to change the country,” he said. “For President Obama, it was 50 percent. But even if there’s a 50 percent chance that it would work, we can’t risk it. The other 50 percent is war. We have to go to a scenario where there is no war.”

“Saudi Arabia doesn’t have a lot of strong allies left who could confront Iran, which is why Israel has become its second-most important military ally, right after the United States,” said Sebastian Sons, of the German Council on Foreign Relations.

Prince Salman’s charm offensive and his statements regarding Israel stem from his desire for allies against Iran. Without this pressure, Saudis would not want to be friends with Israel.

Consider: When the Trump administration announced its recognition of Jerusalem as the capital of Israel in December, the Saudi Royal Court condemned it as an “unjustified and irresponsible step,” publicly revealing what is likely the general consensus in Saudi Arabia—or at least in the royal family—about Israel’s place in the Middle East. On the same day, the Atlantic’s interview with the Saudi crown prince was published, King Salman, the prince’s father, telephoned U.S. President Donald Trump and reaffirmed “the kingdom’s steadfast position towards the Palestinian issue and the legitimate rights of the Palestinian people to an independent state with Jerusalem as its capital.”

Consider also that many critics say that Saudi Arabia’s economic and diplomatic overtures are mere marketing ploys that have “more to do with boosting the kingdom’s economy rather than reversing decades-old practices,” as the Washington Post wrote. Even though the Saudis have been meeting regularly with Israeli officials for the past five years, they are reluctant to acknowledge many of those meetings because of how unpopular Israel is among Arabs. In fact, even some of Prince Salman’s comments during the interview with the Atlantic were “deliberately imprecise” and “open to multiple interpretations,” as Glick observed. “An alliance with Israel will definitely hurt the Saudis and their allies,” said Hassan Hassan, an expert from the Tahrir Institute for Middle East Policy in Washington.

The deep anti-Israel sentiment is alive and well in Saudi Arabia and in the Arab world.

The Saudi charm offensive does not stem from a mind change over the State of Israel. Instead, it comes from a trend prophesied in your Bible.

Psalm 83 prophesies of the Saudis (“Ishmaelites”) forging an alliance in the end time with other Middle Eastern states and Germany (“Assur”). Saudi Arabia is already closely aligned with many of the Middle Eastern nations mentioned in this chapter. Now they are reaching out to new partners beyond the region. Last week, Prince Salman was in France, trying to secure more European assistance against Iran.

This alliance—which will provide the Saudis with economic, military and political benefits—will be anti-Iran. But it also will be anti-Israel and anti-America. You can read more about this prophesied alliance in our free booklet The King of the South.