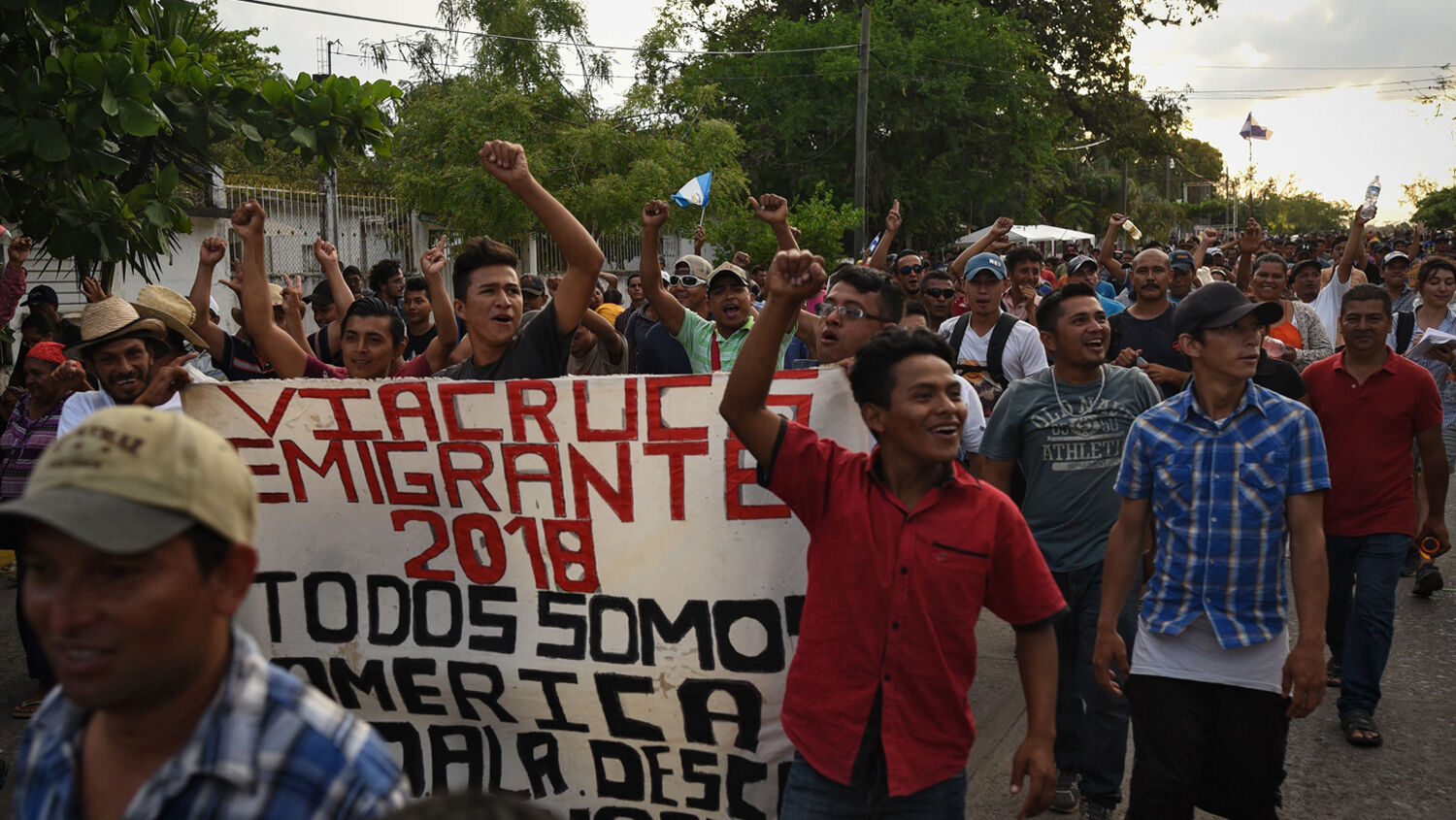 Caravans of Central American migrants make their way to the United States border.

Throughout the week, a large group of Honduran migrants had been traveling toward the southern border of the United States. After beginning their journey from the Southern Mexican border town of Tapachula on March 25, the caravan progressed approximately 400 miles to the city of Oaxaca.

This large group has captured the media’s attention. This is primarily because of its relatively unhindered progress through Mexico and the reaction of United States President Donald Trump.

Though the Mexican government denies that it is tacitly aiding the Hondurans, there are indications to the contrary. The group responsible for organizing and giving aid to this caravan, Pueblo Sin Fronteras, posted a video showing the swarm of migrants passing through a town. The caption on the Facebook post reads, “The Refugee Caravan knocking down borders yesterday in Huehuetán! Immigration agents abandoned the post when they saw us coming. The people celebrate this first small victory!”

Reports claim that not only did the Mexican government decline to escort the Hondurans home or hinder their passage to the U.S., but that many locals were giving them shelter, food and other aid.

The relative freedom with which the group was advancing toward the U.S. raised the hackles of President Trump, who has made it clear that tighter border control is one of his most passionate policies. However, his efforts to erect a border wall have continually been met with heavy opposition from American leftists. On April 3, President Trump announced that the U.S. military would take over the job of securing the nation’s southern border until a wall can be built and tighter security established.

“We are going to be guarding our border with our military. That’s a big step,” Trump told reporters at the White House. “We cannot have people flowing into our country illegally, disappearing and, by the way, never showing up for court.”

Controlling illegal immigration is a major problem for the U.S., and it was prophesied in the Bible.

The Americans are descended from the nation of ancient Israel. (For detailed proof, request your free copy of The United States and Britain in Prophecy, by Herbert W. Armstrong.) In Deuteronomy 28, God recorded promises to bless the descendants of Israel for obedience and to curse them for rebellion.

In his article “Where America’s Race Riots Are Leading,” Trumpet editor in chief Gerald Flurry wrote that America’s weak borders are a part of this curse. Speaking of America’s enemies, God states, “And he shall besiege you in all your gates, until thy high and fenced walls come down …” (Deuteronomy 28:52).

“This is talking about a virtually open border where foreigners flood into the land,” Mr. Flurry wrote in his article. “Illegal immigrants are streaming over the Mexican border in droves.”

Regardless of what happens with the Honduran caravan, thousands of other illegal aliens illegally enter the U.S. every year. Even this organized march is only one example of an annual tradition. The Pew Research Center estimates that over 11 million unauthorized immigrants live in the U.S. This is a large segment of the nation’s population.

This crisis is hurting the U.S. Illegal immigration is literally swallowing up billions of dollars from an American economy already trillions in debt. No speeches, no border wall, and no amount of military intervention can totally solve this problem. Many of these border problems are a direct result of America’s addiction to drugs and cheap immigrant labor. Only by returning to God and obeying His commands will these curses be lifted.