Teenagers are loudly demanding policy changes, and adults are cheering them on. This isn’t the heroic development many want. 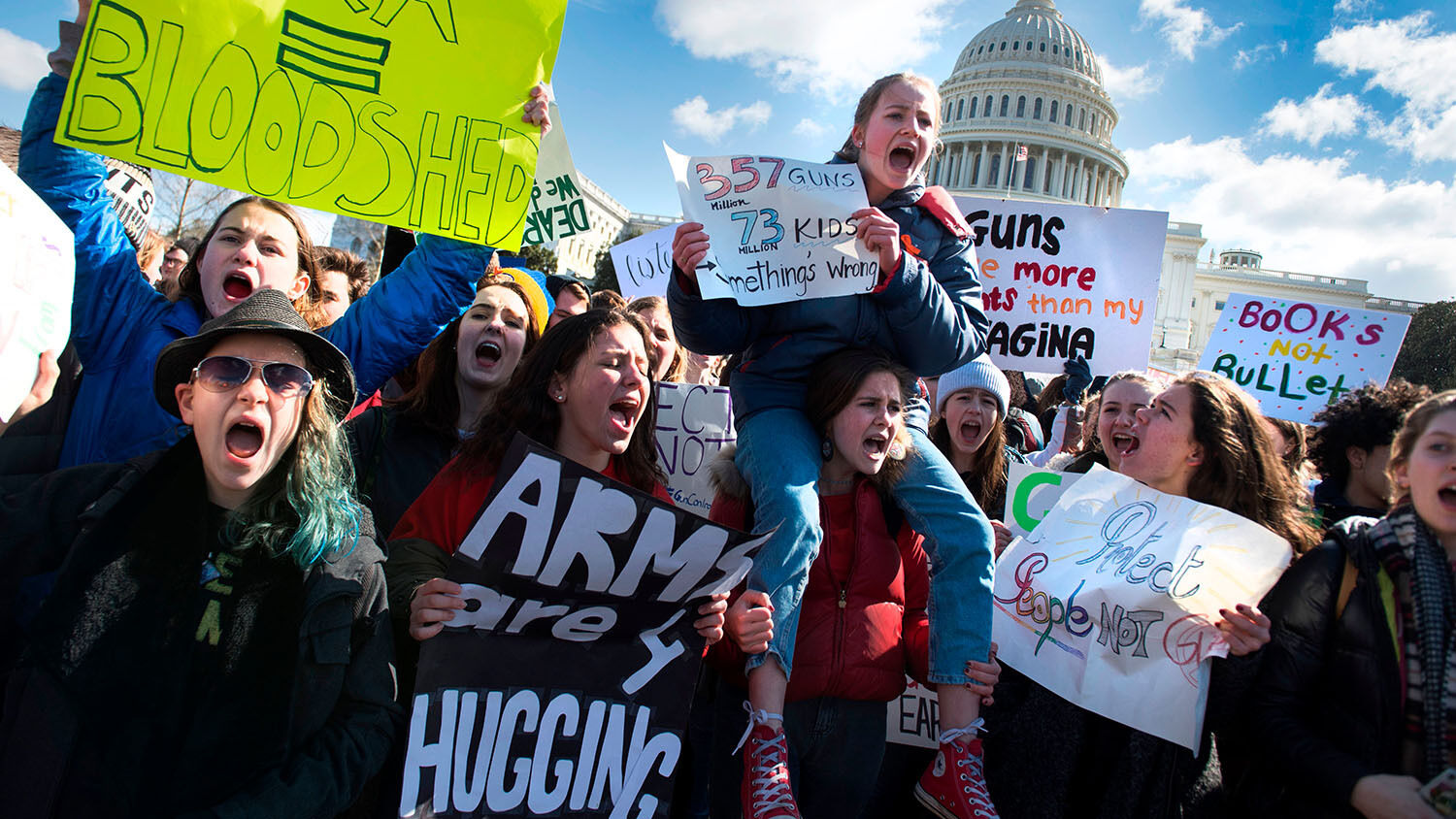 Teenagers are loudly demanding policy changes, and adults are cheering them on. This isn’t the heroic development many want.

It was a 19-year-old who used a semiautomatic rifle inside a high school in Parkland, Florida, to murder 17 people and wound 17 others who served as the catalyst. And after the fourth-deadliest school shooting in U.S. history, among the chorus calling for stricter gun-control laws, some of the loudest voices are coming from the teenage students of Marjory Stoneman Douglas High School.

“We certainly do not understand why it should be harder to make plans with friends on weekends than to buy an automatic or semiautomatic weapon,” said high school senior Emma González outside a Fort Lauderdale federal courthouse three days after the shooting. “To every politician who is taking donations from the nra [National Rifle Association], shame on you,” she said, demanding a ban on semiautomatic rifles.

Four days later, cnn put González and other grieving students in front of the cameras, under the lights and atop a literal stage, pitting them against an nra representative and a Florida senator. The nra representative was bombarded with shouts of “murderer” as she tried to defend her point of view to a crowd of irate teens. One high school senior said it was hard not to see the school shooter when he looked at Florida Sen. Marco Rubio.

We all sympathize with the survivors of the Parkland mass murder. Their grief is real. Their lives are precious. We should work to prevent more school shootings. But should children be the ones to forge policy? Should a grieving child who falsely proclaims it is easier to buy a gun than make weekend plans be able to attack the Second Amendment of the United States Constitution? Is it morally right for high school students to scream “murderer” at a woman who had nothing to do with the Parkland massacre just because she works for an organization that defends the right of law-abiding citizens to own a firearm?

Apparently, many American leaders think the answer to these questions is yes. These children are leading the way, and we should follow.

cnn news commentator Anthony Kapel”Van” Jones, who had ties to the Marxist group storm, wrote that these teens are leading a “children’s crusade Jesus would be proud of.” Former President Barack Obama gave his support. “Young people have helped lead all our great movements,” he posted on Twitter on February 22. “How inspiring to see it again in so many smart, fearless students standing up for their right to be safe; marching and organizing to remake the world as it should be.”

Major media outlets like cnn, Time magazine and the New York Times have covered, amplified and in some cases coached these students. Planned Parenthood, MoveOn.org and other leftist groups are pouring money, resources and training into teenage activists calling for a federal ban on certain weapons. Bolstered by this support, González’s rally in Fort Lauderdale has grown into a nationwide movement. Thousands of teens have joined the March for Our Lives movement, walking out of class to attend rallies for stricter gun control.

This “children’s crusade” seems to believe that the root cause of murder is the National Rifle Association. Therefore, they can “remake the world as it should be” if they defund the nra and ban semiautomatic weapons. Anyone who disagrees or even points out historical examples of tyrannical governments disarming citizens is labeled an accomplice to murder.

“The adult politicians have been playing around while my generation has been losing our lives,” one Marjory Stoneman Douglas student told Face the Nation on February 18. “This can be changed and it will be changed. And anybody who tells you that it can’t is buying into the facade of this being created by the people who have our blood on their hands.” The media have been eager to publicize this kind of condemnatory, hyperbolic language while it fits their agenda, but it certainly will not lead to reasoned, workable solutions to these difficult issues.

Other students have resorted to looting stores and yelling profanities. While some of the problems these teens protest are legitimate, the same spirit of lawlessness that has overtaken the Me Too and Black Lives Matter movements has also engulfed this movement. This spirit of rebellion threatens to unleash more chaos than it solves. Yet adults across the nation are getting in line behind their children.

The Prophet Isaiah foretold this situation over 2,700 years ago: “And I will give children to be their princes, and babes shall rule over them. And the people shall be oppressed, every one by another, and every one by his neighbour: the child shall behave himself proudly against the ancient, and the base against the honourable. … As for my people, children are their oppressors …” (Isaiah 3:4-5, 12).

Many people fail to recognize that elevating the reasoning of children above the fundamental principles that created the greatest, freest single nation in history is perilous. This will lead to a condition where our paths are destroyed and our land is desolate. The only way to prevent catastrophes, whether school shootings or the disintegration of nations, is to seek the Eternal while He may be found and to call upon Him while He is near (Isaiah 55:6).