“God is going to save Christians, Muslims, Buddhists, Hindus, Catholics, Protestants, Jews—all religious people. But God is going to do it His way and according to His time frame.” Is that true? 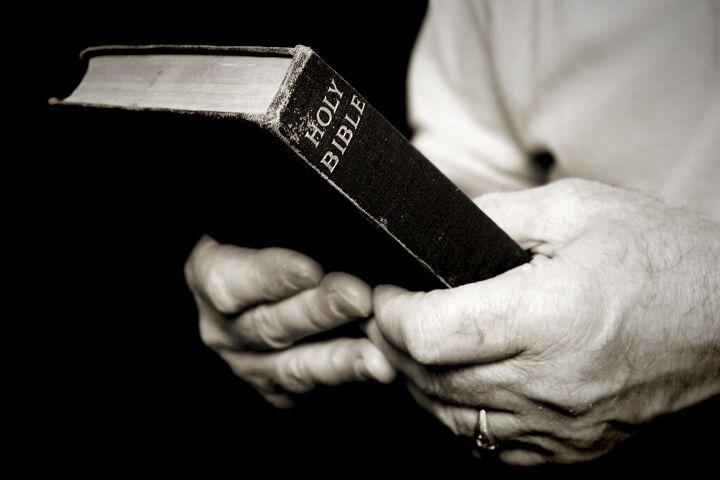 “God is going to save Christians, Muslims, Buddhists, Hindus, Catholics, Protestants, Jews—all religious people. But God is going to do it His way and according to His time frame.” Is that true?

Accept Christ or burn. That’s what a lot of professing Christians believe. So you can imagine the response we received last month when Gerald Flurry wrote, “We believe God is going to save Christians, Muslims, Buddhists, Hindus, Catholics, Protestants and Jews—all religious people. But God is going to do it His way and according to His time frame.” One reader wrote, “My Bible says that when we die our chance of salvation dies with us …. If you die without Jesus Christ as your Savior, you are lost forever.”

In simplest terms, this reader believes there are two classes of people: the saved and the lost. If this is true, the number of those lost is staggering. Literally billions of people have never even heard the name Jesus Christ. Did God simply not get to those people before plunging them into the fire?

Many others—again, probably billions—have heard of Christ but still not accepted Him as their personal Savior.

What about all the people born before Jesus Christ’s human ministry and sacrifice? And what about the Jewish people—part of God’s chosen nation, Israel—who rejected Christ as the Messiah?

Have most of humanity really lost their only chance at salvation? And is that what God wanted?

Let’s look at God’s plan of salvation—one that offers hope to all mankind.

The Will of God

We don’t have to guess what God’s will is on this topic; the Bible tells us: “For this is good and acceptable in the sight of God our Saviour; who will have all men to be saved, and to come unto the knowledge of the truth” (1 Timothy 2:3-4). There it is: God wants to save everybody. Is God the all-powerful Being who “doth according to his will in the army of heaven, and among the inhabitants of the earth; and none can stay his hand …” (Daniel 4:35). If He isn’t, then the Bible offers us no hope—even if we have accepted Jesus Christ.

Will we believe the all-powerful Creator when He says it is His will to save everybody?

How sad it is that some believe God has not only failed to save most of mankind, but also that He never gave so many even the opportunity to be saved.

The Bible shows us clearly that everyone will have a chance—one chance. But not everyone has had that chance yet.

Let’s see scriptural proof of that.

Have you ever wondered why Christ spoke in parables? The disciples asked Christ this exact question, and this was His answer: “Because it is given unto you to know the mysteries of the kingdom of heaven, but to them it is not given” (Matthew 13:11). These people actually saw Jesus Christ speak in person. They heard His words, but Christ deliberately obscured the true meaning from them.

So what was Christ doing? Didn’t He come to preach the gospel and convert all nations? Definitely not! Christ said the gospel is a witness to all nations: “And this gospel of the kingdom shall be preached in all the world for a witness unto all nations; and then shall the end come” (Matthew 24:14). Jesus Christ preached that gospel to relatively few in His human lifetime. All nations would hear the gospel message—but not until the end time. And even then, it was to be a witness to the nations, not a converting power that would cause God’s way of life to spread all over the Earth. That will eventually happen too—but not yet, as we’ll see.

Rather, Jesus Christ told us that few follow God’s way to life (Matthew 7:14). The Apostle Paul added that the weak and base are called to confound the mighty (1 Corinthians 1:26-27). Surely God doesn’t discriminate against the mighty in His eternal plan. But if only the few find the way to life, then the many are not saved, and this would contradict what is recorded in 2 Peter 3:9, which says that God is “not willing that any should perish, but that all should come to repentance.”

The truth is, God’s purpose is not to save humanity—today. If it were, surely more people would be following and obeying Him today. There is a time order in God’s purpose for mankind. The reality is, most don’t even know what the purpose of man is or what it actually means to be saved!

A Plan of Salvation

We can begin to see God’s plan of salvation by looking at the nation of ancient Israel. Israel was God’s own chosen people who received His law and whom He brought out of slavery. He had a special plan for Abraham’s descendants.

But verse 26 tells us that “all Israel shall be saved” and that the Deliverer (Jesus Christ) will come out of Zion and turn away all ungodliness from Jacob. This is talking about the return of Jesus Christ! Clearly that hasn’t happened yet, and Israel has not yet been saved, but your Bible says unequivocally that it will be. The hope for the nations of Israel is sure—though still in the future.

Numerous scriptures show that God’s purpose for man includes a resurrection of the dead. Read Ezekiel 37:1-14 to read about the resurrection of the whole house of Israel. (For more information on what modern nations this comprises, please request our free book The United States and Britain in Prophecy.) If these people already had their chance at eternal life, why resurrect them, cleanse them, put David over them as king, and expect them to walk in His statutes and judgments? (verses 23-24). God is going to pour out His Holy Spirit on these people and teach them His way. He will write His laws on their hearts and in their minds (Hebrews 8:10).

This opportunity isn’t exclusive to Israel. Joel 2:28 tells us God will pour out His spirit on all flesh—Gentiles and Jews alike. Everyone will have the opportunity to be saved. Isaiah 2:2 tells us that all nations—everybody—will go to the mountain of the Lord in the last days. More than that, His way of life will be opened up to them: “And many people shall go and say, Come ye, and let us go up to the mountain of the Lord, to the house of the God of Jacob; and he will teach us of his ways, and we will walk in his paths: for out of Zion shall go forth the law, and the word of the Lord from Jerusalem” (verse 3).

Have these scriptures been fulfilled yet? No, but they will be—and sooner than you might think.

Why Not Call Everyone Today?

So having seen God’s wonderful, amazing plan to save everyone, one has to ask: Why not do it right now? What is God’s purpose in waiting thousands of years to offer a chance for salvation to most of humanity? Why call only some now?

In his booklet Predestination—Does the Bible Teach It?, Herbert Armstrong answered these questions. “That great purpose [of calling some today] is to be trained to rule with Christ, and to teach, under Him, when He comes in His Kingdom—when all Israel shall be saved. We are being trained, prepared, fitted, through trial and test, through hardship, through persecution, through tribulation, with continual Bible study and prayer, growing in grace and in knowledge, to be able, then, to fill the high office of a king or a priest—to rule in the civil sense, or to preach God’s truth when the time comes that all may be privileged to understand, and to be called. What a glorious mission is the true Christian life!”

Today, in preparation for the education of all of these people, God is teaching the few who have been called to follow Christ. When the time does come for all mankind to have His Spirit poured upon them, He wants the conditions to be absolutely perfect; when they will have the best chance of success possible—far greater than they would have today! Then, Satan the devil will be put away, and everyone will see how much they need God. After a lifetime in societies run by evil men, people will be ready to turn to God. Mankind as a whole will be ready to learn about not just a religion, but a way of life. Those today who overcome Satan, society and themselves, and who follow Christ, will be ready to help Him teach it.

This plan offers tremendous hope to everyone! After all, who hasn’t wondered about the ultimate fate of a loved one who has died? Make no mistake: This won’t be a second chance for them. It will be the first chance they have had to really come to know Jesus Christ and God the Father. Even though they were not saved in their lifetime, they are certainly not “lost.” These people, resurrected to physical life, will have a choice to make: to follow God’s way of life or to continue to live a lifestyle that everyone on Earth has seen fail abysmally. People of every religion, every type of sinner, every type of person who ever lived will be given the chance to learn God’s way of life then.

If you are one of those chosen today who remains faithful, you will have the opportunity to help save them!

A Day of Salvation for Everyone

Yes, God is going to save Muslims, Buddhists, Hindus, Catholics, Protestants—people of every religion—and those of no religion. But He won’t save them as Muslims, Buddhists, Hindus, Catholics and Protestants. After all, “there is none other name under heaven given among men [than Jesus Christ], whereby we must be saved” (Acts 4:12). When God sets His hand to save them, they won’t have just a “religion” anymore. They will have a way of life—God’s way. The world isn’t going to remain religiously divided. The Bible tells us there is one body, one spirit, one hope, and one faith. When all mankind receives their chance, everyone will be a part of that body, a part of God’s lifestyle, and practitioners of the only way of life that truly works.