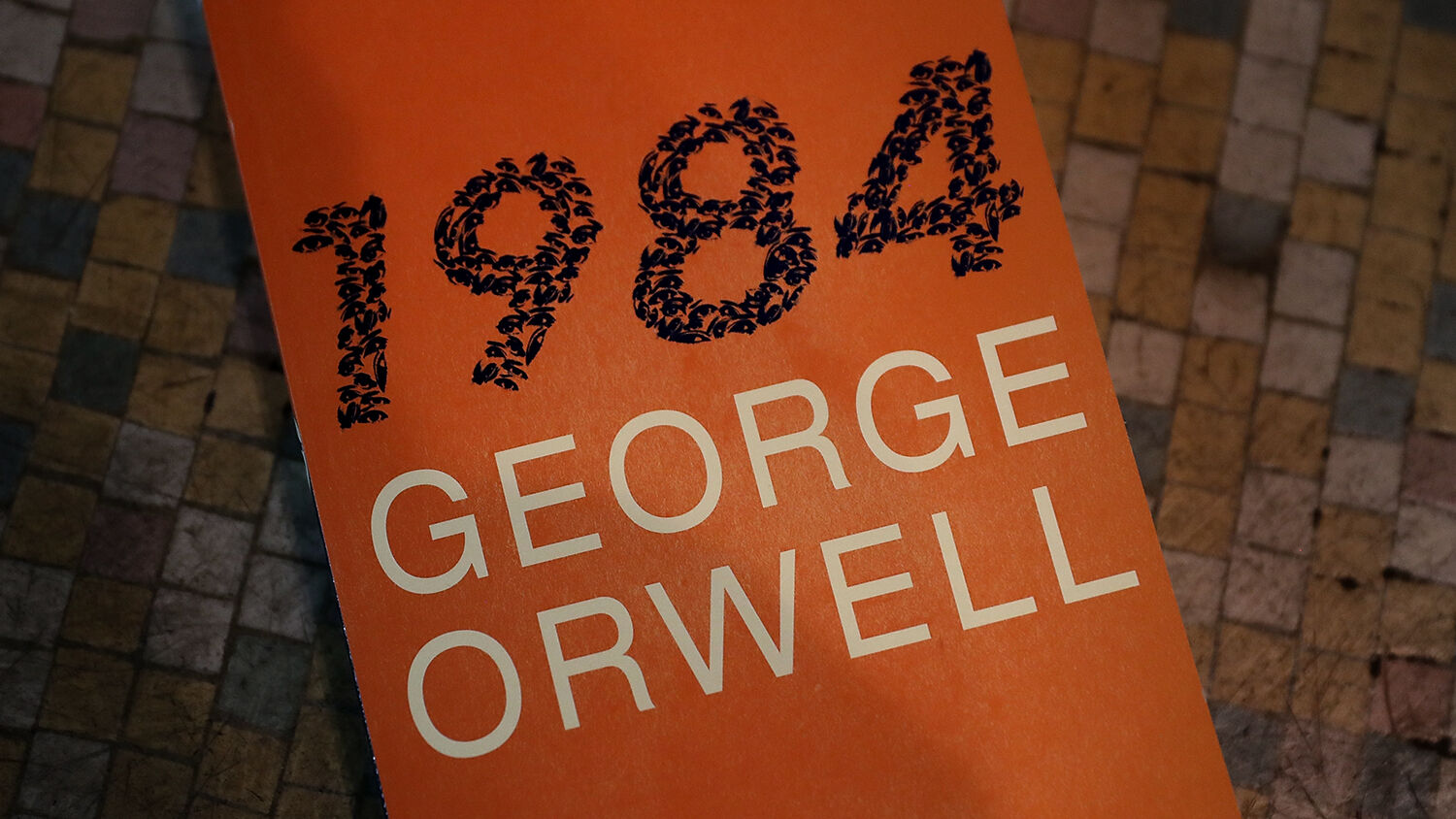 Just after Donald Trump’s inauguration, the New York Times printed a piece titled “Why 1984 Is a 2017 Must Read,” by Michiko Kakutani (Jan. 26, 2017). George Orwell’s classic dystopian novel, nearly 70 years old, had just hit Amazon’s bestseller list. Kakutani argued that it was because of the perceived dangers of totalitarianism under a President Trump. Actually, it was the left’s promotion of 1984 that made it a bestseller.

Kakutani compared questionable administration accounts of the size of inaugural crowds to “the Ministry of Truth’s efforts in 1984 at ‘reality control.’” 1984’s Ministry of Truth is actually a department of lies, controlling citizens’ minds and perceptions of reality by publishing false facts as news. “Not surprisingly, 1984 has found a nervous readership in today’s ‘post-truth’ era,” Kakutani continued—as if the previous eight years were the truth era.

I agree that 1984 is a must-read—not for what it tells you about President Trump—but what it reveals about the mindset of the liberal left. The practices Kakutani accused “right-wing demagogues” of are actually far more common among left-leaning politicians and the left-supporting media: manipulating facts, redefining terms, rewriting history, bullying and intimidation. And their basic solution to every problem—more government control—is leading to authoritarianism in ways that America’s founders specifically worked to prevent.

Why would they prioritize illegals over American citizens? They say it is about compassion—but it shows no compassion for the American families it hurts, including victims of violent crimes committed by illegal immigrants. The real reason is power. More immigrants means more votes for them, and staying in power is all that matters.

One of the most chilling scenes in 1984 comes near the end when a high official from the Ministry of Truth, named O’Brien, is reeducating the book’s protagonist, Winston Smith, using horrendous torture. The character Winston naively believed “the Party” took control of the government because people can’t govern themselves. O’Brien sets him straight. After giving him a painful shock to punish him for his wrong idea, he states, “The Party seeks power entirely for its own sake. We are not interested in the good of others; we are interested solely in power. Not wealth or luxury or long life or happiness; only power, pure power. … Power is not a means; it is an end.”

This thinking is consistent with the actions of the left in America today.

For example, they use “climate change” to justify incredible expansion of government power, imposing economy-crushing regulation. Remember how President Obama made major decisions by executive order, far beyond any of his predecessors, taking powers not allowed by the U.S. Constitution. In his 2013 State of the Union address, he said: “I urge this Congress to pursue a bipartisan, market-based solution to climate change …. But if Congress won’t act soon to protect future generations, I will direct my Cabinet to come up with executive actions we can take, now and in the future ….”

It wasn’t just on climate change that President Obama used this tool. He sidestepped Congress to give orders regulating the energy industry, delaying deportations of illegal immigrants, restricting gun sales, forcing lenders to loosen standards for refinancing mortgages, creating special protections for homosexuals, and many other issues. In his booklet America Under Attack, Gerald Flurry wrote, “People’s minds are getting conditioned to executive orders—which are primarily intended to circumvent Congress and the Constitution. That is the aim. This is quickly moving us toward rule by a dictatorship or a tyranny” (emphasis added).

“Rule by executive order” destroys the Constitution’s built-in protection against tyranny. Many left-leaning scholars and politicians believe the Constitution is outdated and must be discarded. Essentially, the left is calling for revolution against a system of government that paved the way for the U.S. to become a world superpower and the bastion of freedom. Many today—like Winston Smith—are naive about what is really taking place. For law-abiding people, it makes no sense to get rid of the U.S. Constitution. But the radical left—with socialist and even Communist ideals—sees things differently. As O’Brien says, “We know that no one ever seizes power with the intention of relinquishing it.”

The tactics use by the state in 1984 to control people’s thoughts have an ominous familiarity today. In that same torture scene, O’Brien commands Winston, under duress of pain, to say that two plus two equals five. Winston is baffled. “How can I help but see what is in front of my eyes?” he asks desperately. “Two and two are four.”

Think of the coercion the left is using to force society to accept that if someone feels he or she is the opposite sex, then that is reality. They want us to simultaneously believe that all men are potential rapists, that there are no inherent differences between male and female, that we must eliminate social stereotypes that stifle our girls, and that the differences between male and female are actually so great that it is cruel not to allow a boy to dress like the daintiest Disney princess. Two plus two are five and four and three, all at once.

They say this is a matter of tolerance. But on this and so many other issues, they do not tolerate what they consider dissent. The left is not content with civilized disagreement. They will force their radical agenda until everyone becomes a full supporter and a true believer. Like Orwell’s Big Brother, they want to control people’s thoughts.

The left are calling for revolution. Since losing the 2016 presidential election, their efforts to reclaim power are getting more and more radical. Their lawlessness is ever more obvious.

Orwell understood what can happen when the wrong people seize power. Any country plagued by rebellion and revolution is easy pickings for a dictator.