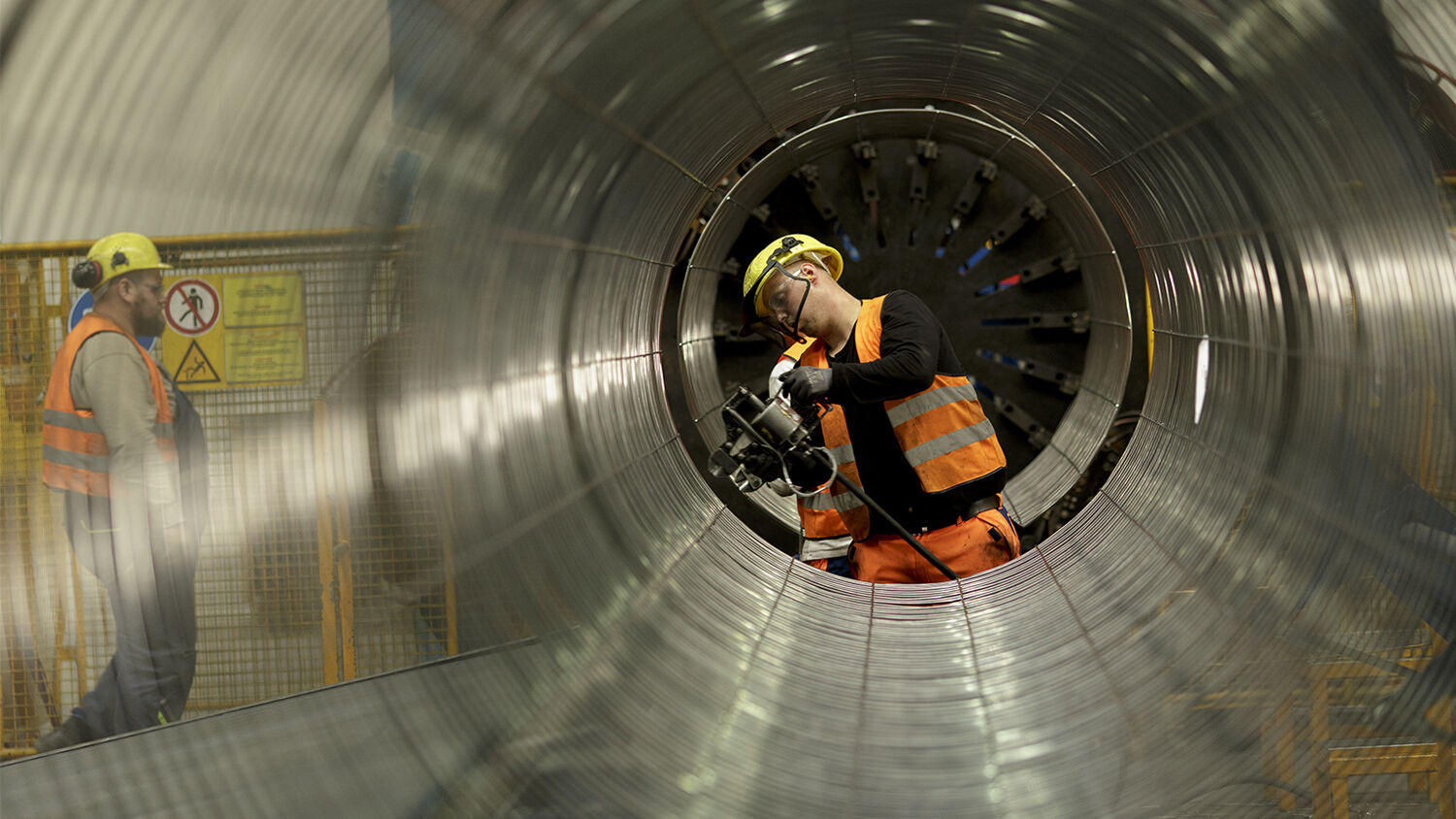 An employee works on an iron cage in the production process of pipes at the Nord Stream 2 facility at in Sassnitz, Germany.
Getty Images

Many are bewildered by Germany’s apparent surrender to Russia’s wishes. In fact, the two are dividing Europe between themselves.

Germany has given the go-ahead for Nord Stream 2. The Federal Maritime and Hydrographic Agency (bsh) in Berlin approved the project on Tuesday, March 27. Nord Stream 2 will increase Russia’s direct gas supply to Germany through the Baltic Sea. Germany’s European neighbors and internal critics fear the new pipeline will only increase Europe’s dependence on Russia. But you don’t have to dig deep to find out why Germany is so keen on pushing the deal forward. Nord Stream 2 not only will majorly increase Russia’s geopolitical power leverage, but also Germany’s.

Nord Stream’s website explains the necessity of a second pipeline to directly supply Germany with Russian gas. The European Union’s production is significantly declining, so it needs to import more gas. Russia has the largest natural gas reserves in the world and currently supplies 30 percent of Europe’s gas imports.

Since 2011, when Nord Stream 1 began delivering gas, Europe’s gas demand has increased each year. In 2017, the pipeline reached 93 percent of its total transportation capacity. The supplied gas meets the needs of 24 million households in the EU. Nord Stream 2 is expected to transport enough gas to supply 26 million more households with Russian gas.

Nord Stream 2 will run through the Baltic Sea zones of northern European countries. But before construction can begin, Denmark, Finland and Sweden must give their approval. Assuming all requirements are met, Nord Stream 2 will be built this year.

From a purely economic point of view, Germany has good reasons to add Nord Stream 2. But as EU Observer explained, German viewpoints “are diametrically opposed to positions” taken by most EU states, EU institutions and the U.S. government. EU Observer wrote:

The pipeline, which will concentrate 80 percent of Russian gas sales to the EU on the German route, will help the Kremlin to blackmail other European states with supply cuts and will make a mockery of international sanctions imposed over Russia’s aggression in the UK and in Ukraine, its critics have said.

The critics do have a point: Russia has often used its gas supplies as a weapon. At the moment, if it decides to cut off gas to Ukraine, it will cut off gas to all nations downstream of Ukraine. This means Russia will miss out on a lot of potential revenue. With Nord Stream 2, it can keep supplying Western Europe while cutting off nations in the East. No wonder the East European countries are against the deal.

But isn’t Germany, along with the West, currently sanctioning Russia to loosen its grip on Ukraine? one might ask. Why then is Germany so keen on the new pipeline? Robert Morley explained in his 2015 article:

One might argue a sophisticated nation like Germany would never even think of doing that. But that’s exactly what many thought in the lead-up to World War ii. Russia and Germany, in essence, divided up Europe between themselves while Western powers watched and marveled.

Otto von Bismarck once revealed the key for a successful Europe: “The secret of politics? Make a good treaty with Russia.” Napoleon Bonaparte and Adolf Hitler were well aware of that fact. Napoleon tried to ally with Russia to cut Britain off from supplies. Hitler allied with Russia before invading Poland and other European countries. The Hitler-Stalin Pact (also called the Molotov-Ribbentrop Pact) was made to bring an Axis victory to the wars in the West during World War ii.

If Germany wants to increase its power in Europe, it just found the historic solution. “[L]ook at history,” warned Trumpet editor in chief Gerald Flurry. “Every time competition between Russia and Germany heats up, they form a deal with one another—just before going to war!”

While history gives a strong insight into what is happening in Europe, Bible prophecy completes the picture. In Isaiah 23, we read about Russia and Germany joining an economic alliance with various other countries to the detriment of the United States. Because of this history and prophecy, we have been warning about this coming alliance for decades. Read “The Russian Alliance You Really Have to Worry About,” by theTrumpet.com writer Richard Palmer, for more information.

But just as history doesn’t end there, neither does prophecy. The Bible prophesies of another clash between Europe and Russia such as the world has never seen. Order your free copy of Russia and China in Prophecy to learn what will come of a new Russian-German alliance.