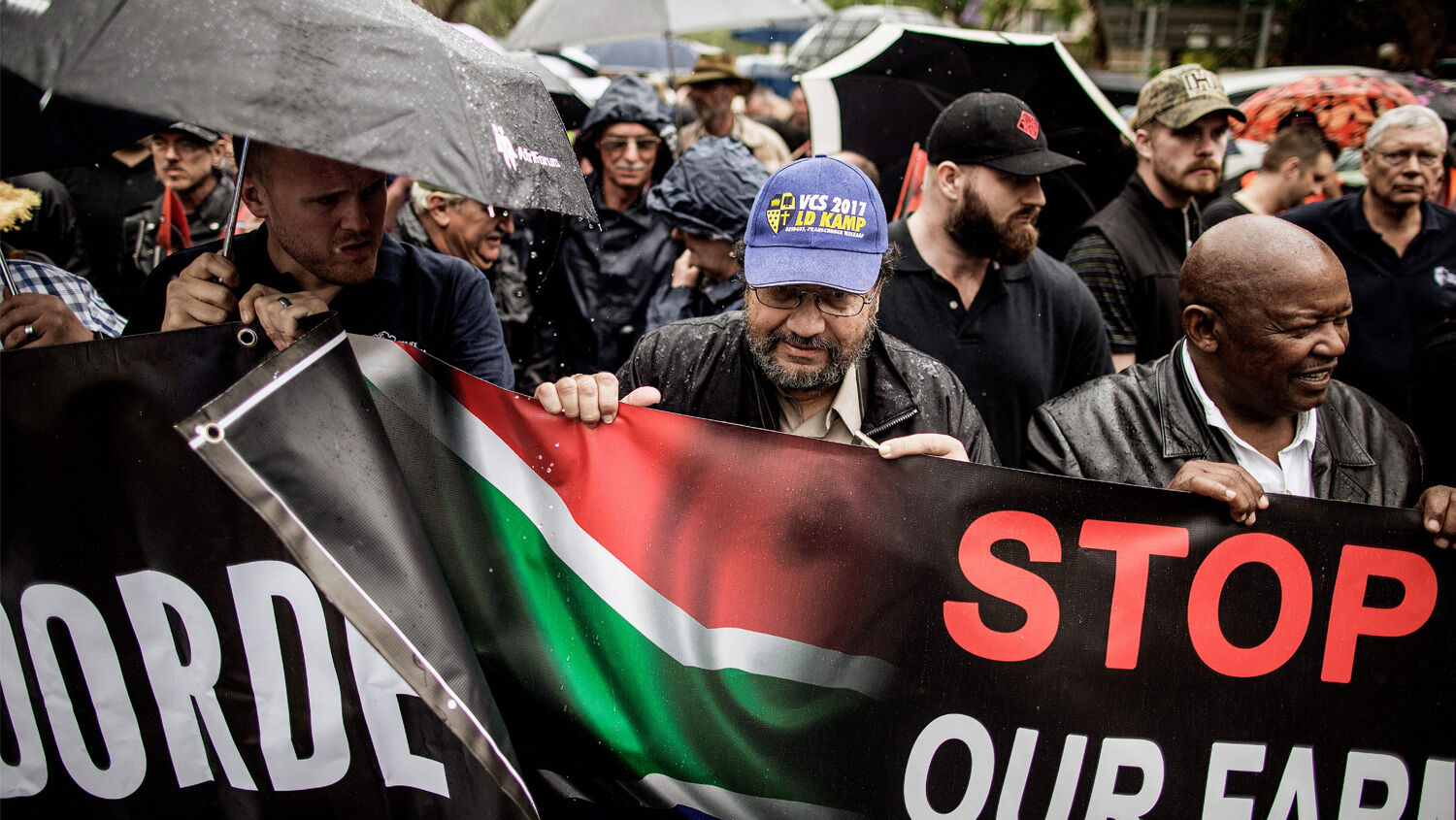 Many fear a repeat of the slaughter and economic ruin that occured in Zimbabwe when Robert Mugabe began seizing white-owned farmland.

Spurred on by fear of land seizure and genocide in South Africa, more than 20,000 Americans are petitioning President Donald Trump to allow white South Africans to emigrate to the United States.

The controversial petition beseeches President Trump to “take the steps necessary to initiate an emergency immigration plan allowing white Boers to come to the United States.” It argues that Boers—the term used to describe South Africans of Dutch, German or Huguenot ancestry—would be skilled immigrants who are compatible with American culture. It also attests that these immigrants could be properly vetted, unlike those currently being admitted from Somalia and the Middle East.

Similar petitions are popping up in other Western nations such as Britain, Germany and Australia. Earlier this month, Australian Home Affairs Minister Peter Dutton proposed the creation of fast-tracked humanitarian visas for white South African farmers, saying they need help from a “civilized country.” Despite the backlash from his political opponents and ire from the South African government, Dutton has not rescinded his invitation. He stated, “It concerns me that people are being persecuted at the moment—that’s the reality—the numbers of people dying or being savagely attacked in South Africa is a reality.”

This is a reality that Economic Freedom Fighters (eff) leader Julius Malema vehemently denies. Although Malema recently declared that his party is “cutting the throat of whiteness,” he insists that the idea that white farmers are being killed is a fabrication from “a racist country like Australia.” He encouraged those who wish to leave to get out: “If they want to go, they must go. They must leave the keys to their tractors because we want to work the land; they must leave the keys to their houses because we want to stay in those houses ….”

Malema’s views were reflected in a recent eff motion that passed in parliament 241 to 83. The motion will allow land to be seized from white farmers without compensation, pending approval from a constitutional review committee. According to a recent land audit conducted by Agri SA, whites, who make up around 8 percent of the population, control 73 percent of the nation’s farmland. Politicians such as Malema and the recently elected President Cyril Ramaphosa find the race disparity in land ownership to be untenable.

Even though Ramaphosa is cautioning South Africans not to panic over the new motion, many in the nation and abroad fear a repeat of the slaughter and economic ruin that occurred in Zimbabwe when former President Robert Mugabe began to seize white-owned lands in 2000.

It is this fear and the escalating slaughter of white farm owners that has prompted these petitions. But some in the U.S. fear the political firestorm that will ensue if President Trump accedes to the petitioners. The acceptance of white South African refugees may only feed the animosity of left-leaning Americans who believe the president’s immigration policies are racist, a point that is made succinctly by Thomas Lifson at the American Thinker.

“President Trump is putting a lid on refugee flows, and the left is dead certain that this is because of racism,” wrote Lifson. “Asking to make an exception for white people is going to be called every nasty name under the sun ….”

The petition also raises the question: What sort of fruit will be reaped by putting South Africa’s arable land into the hands of people with little to no farming experience? Many fear that South Africa is on a trajectory toward economic failure and possibly even race war.

The surmounting problems in South Africa are not random. They are part of the curses prophesied to fall upon the descendants of ancient Israel, including the British and Dutch South Africans.

The Prophet Ezekiel wrote: “Make a chain: for the land is full of bloody crimes, and the city is full of violence. Wherefore I will bring the worst of the heathen, and they shall possess their houses …” (Ezekiel 7:23-24). Trumpet writer Andrew Miiller shows how this passage relates to our time today in his article “South Africa’s Most Dangerous Profession”:

The Bible prophesies that so many bloody crimes will occur that they will be like links in a chain—one following right after another. This passage even talks about people’s homes being taken away and about conflict between ethnic groups. … The Bible says God is allowing this chain of violence so that the people of end-time Israel can be forewarned of what is coming unless they cry out in repentance.

The solution to South Africa’s income inequality and race problems is not socialism and forced land seizures. The solution is education: education on how to farm, how to raise a family, how to get along with each other. God desires to give all races, nationalities and ethnic groups this life-saving education.

The current suffering will intensify until South Africa and the entire world will be brought to repentance. Then God will create a world where every man of every race will sit under “his vine and his fig tree” without fear. To learn more about the future of South Africa, download our free e-book South Africa in Prophecy.