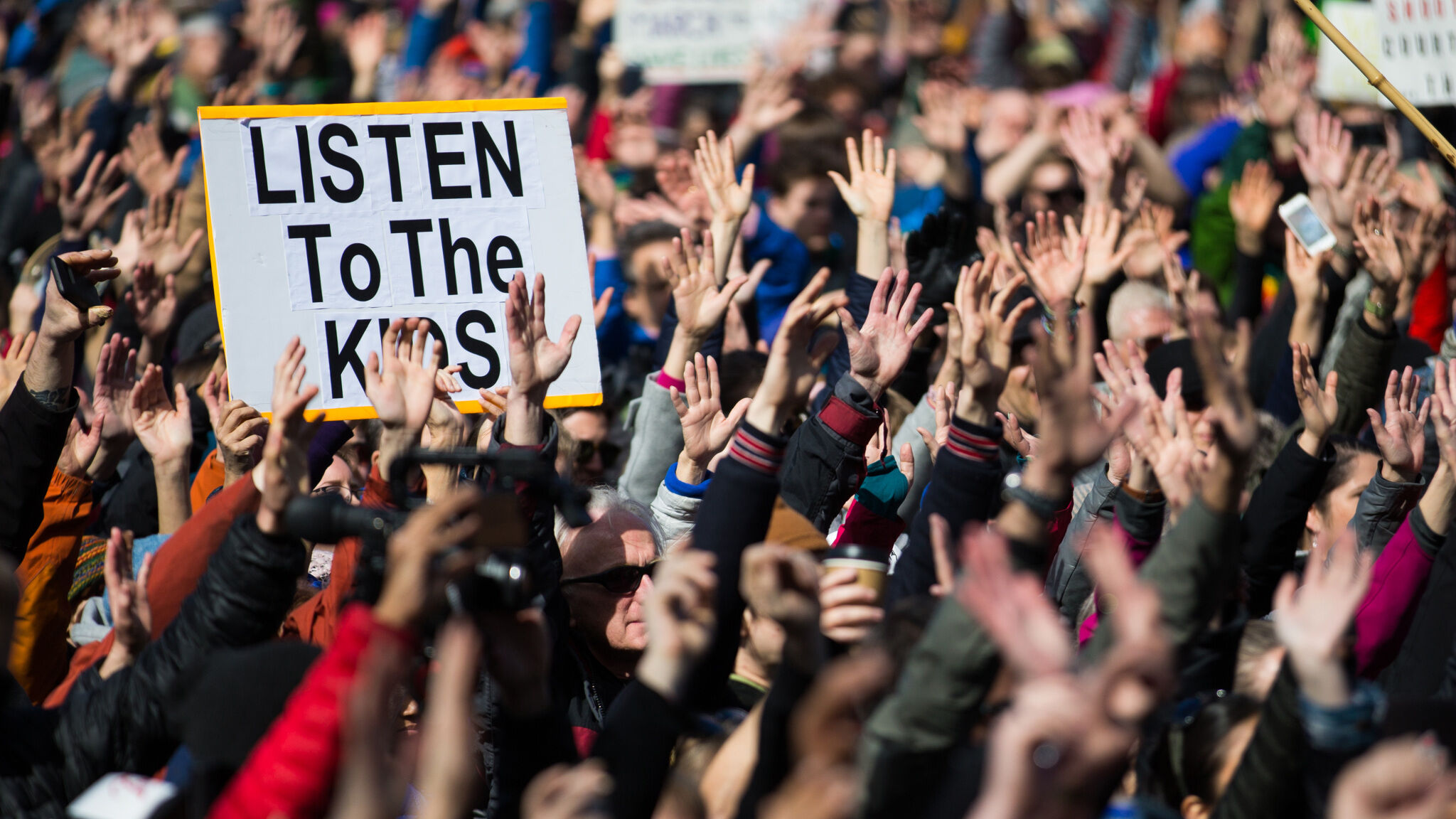 Around the world on March 24, more than 800 March for Our Lives events, organized by survivors of the Parkland, Florida, school shooting, demand legislative action to address school safety and gun violence.
Lindsey Wasson/Getty Images

Does the United States need ‘a million young Barack Obamas’?

Former United States President Barack Obama is making big plans for the future. At a conference in Japan last Sunday, he said he wanted to create “a million young Barack Obamas or Michelle Obamas.” He announced that the Obama Foundation—a Chicago-based nonprofit founded in 2014—would be his primary platform for accomplishing his dream.

“After I left office, what I realized is that the Obama Foundation could potentially create a platform for young, up-and-coming leaders, both in the United States and all around the world to come together, meet together, create a digital platform where they could exchange information,” Obama said at the Fourth Global Opinion Leaders Summit in Tokyo.

“If I could do that effectively, then—you know—I would create a hundred or a thousand or a million young Barack Obamas or Michelle Obamas,” he said. “Or the next group of people who could take that baton in that relay race that is human progress.”

During the discussion, Obama praised the teens taking part in the March for Our Lives movement and demanding more restrictions on firearm ownership. He said that a “lot of our problems are caused by old men.”

At least 1.2 million people participated in March for Our Lives protests last weekend. Leading up to the protests, Barack and Michelle Obama wrote a letter to the students of Marjory Stoneman Douglas High School, where a 19-year-old murdered 17 people with a semiautomatic rifle on February 14. In their letter, they praised the students’ “resilience, resolve and solidarity” and for helping to “awaken the conscience of the nation.”

“Throughout our history, young people like you have led the way in making America better,” they wrote on March 10. “There may be setbacks; you may sometimes feel like progress is too slow in coming. But we have no doubt you are going to make an enormous difference in the days and years to come, and we will be there for you.”

The March for Our Lives movement is exactly the type of youth movement the Obama Foundation will be supporting as the former president seeks to help teenagers take the lead in undoing the problems “caused by old men.”

Generational divisions in American politics are wider now than they have been in decades. The millennial generation is far more supportive of abortion, gun control, homosexuality, immigration, marijuana legalization and socialism than older generations.

Politicians like Obama and Sanders support these youths in an attempt to kick off a political revolution. History shows that when a nation succumbs to division and infighting, it becomes vulnerable to attack by foreign enemies. Protests over race relations and economic inequality are spiraling into riots, leaving blood on America’s streets.

The Prophet Isaiah foretold this situation over 2,700 years ago: “For, behold, the Lord, the Lord of hosts, doth take away from Jerusalem and from Judah the stay and the staff, the whole stay of bread, and the whole stay of water. The mighty man, and the man of war, the judge, and the prophet, and the prudent, and the ancient, The captain of fifty, and the honourable man, and the counsellor, and the cunning artificer, and the eloquent orator. And I will give children to be their princes, and babes shall rule over them.And the people shall be oppressed, every one by another, and every one by his neighbour: the child shall behave himself proudly against the ancient, and the base against the honourable” (Isaiah 3:1-5).

Because of the sins of the nation, God has taken away the ancients—leaders Obama would call “old men.” God has allowed childish leaders, as well as literal children, to become the nation’s princes, or rulers. While some of the problems these children protest are legitimate, the churlish spirit of lawlessness driving these youth movements and the journalists and politicians who amplify them is undermining the fundamental principles that created the greatest, freest single nation in history. The United States does not need children to take the lead; it needs mature adults who can teach, guide and correct the upcoming generation in a responsible, wise, godly way of life.

For more information on the danger posed by youthful revolutionaries, read “The Roots of America’s Dangerous Turn Left,” by Trumpet editor in chief Gerald Flurry.