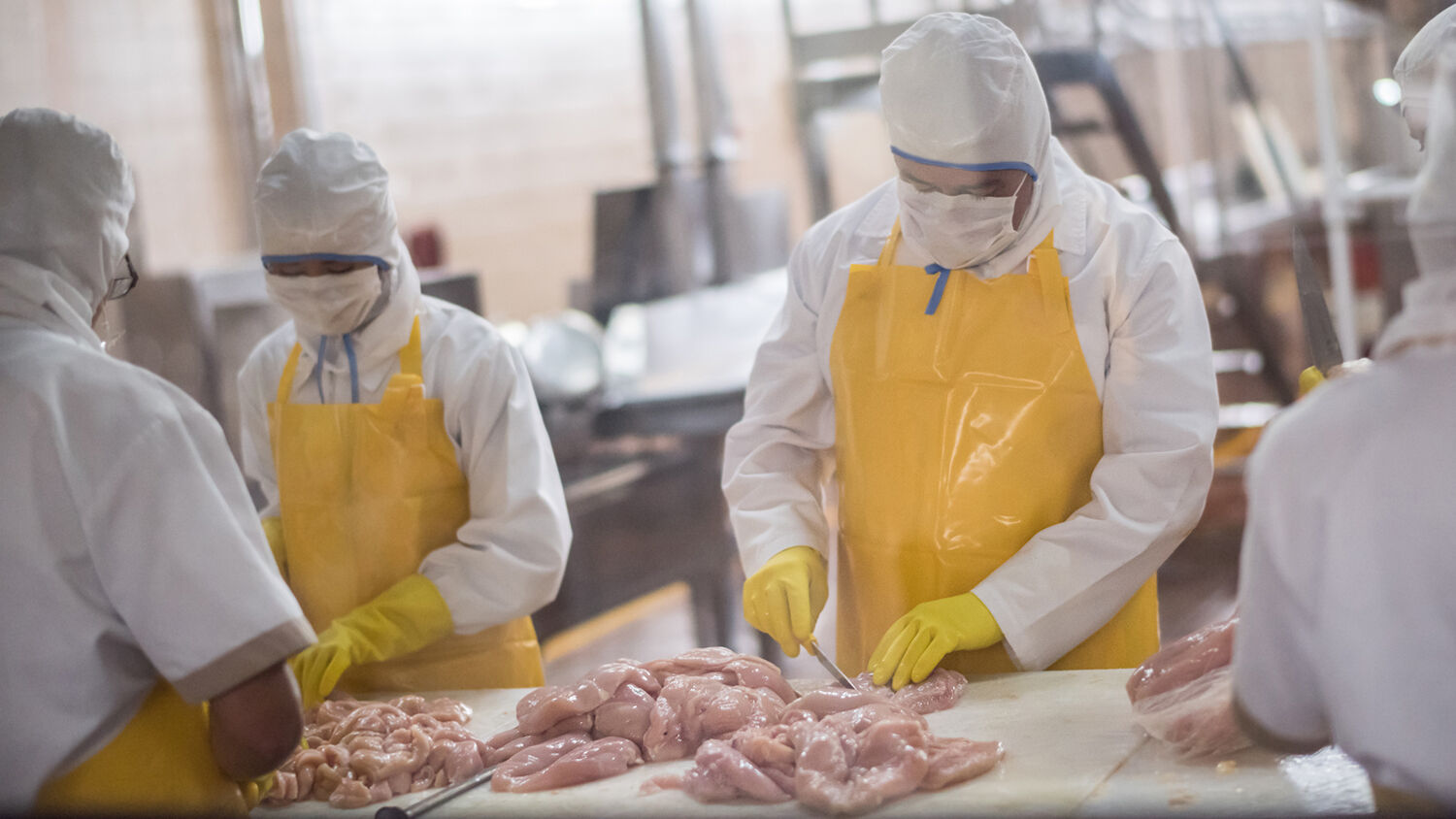 Food poisoning is awful, and it is more common than you think. Why does it happen, and what can you do about it?

In such a diverse microbial world, you are also exposed to harmful bacteria, which can make life uncomfortable or even dangerous. These pathogens proliferate in unhygienic environments. If they get into your food, they can contaminate it and drastically affect your health. If you have ever contracted food poisoning, you know that there are few things in life that are less fun.

The United States Food and Drug Administration (fda) estimates that Americans suffer 40 million to 80 million cases of food poisoning each year, resulting in an estimated 128,000 hospitalizations and 3,000 deaths.

The Mayo Clinic says food poisoning (also called foodborne illness) is caused by foods contaminated with microbes such as bacteria, viruses or parasites. A major feature in the preparation, storage and consumption of food is the ongoing attempt to keep it from being harmed by microbes.

Food poisoning may cause severe gut disturbances, nausea or stomach cramps, among other symptoms. Most cases are nasty to suffer through, but they do not require immediate medical intervention. Getting through a bout of food poisoning, however, does not mean you won’t also suffer long-term consequences. In 2012, Scientific American stated that E. coli has been linked to kidney failure and diabetes, listeria to miscarriages, and hepatitis A and Salmonella to a form of arthritis. Campylobacter is tied to bowel problems and Guillain-Barre syndrome.

A big part of the problem is our heavy reliance on food imports, coupled with increasing globalization of food production and trade, making food safety more complex. The good news is that the Centers for Disease Control and Prevention (cdc) shows a 25 percent decline in outbreaks of the six most common foodborne illnesses over the last 20 years. The bad news is that the severity seems to be increasing.

Food can become contaminated at any point during production and preparation. Chicken, turkey and beef slaughterhouses are notorious for E. coli contamination. Your local restaurant is even likelier to have meat spoil in its cooler. Even the salad you order can carry disease all the way from farm to table. An inattentive cook might use the same knife on your lettuce that he used to debone a chicken.

What Has Been Done?

To help address the public challenge of food safety, Congress passed the Food Safety Modernization Act (fsma), which took effect in 2011. Its passage marked the first major overhaul of federal food safety in 70 years, putting emphasis on prevention of foodborne illness, rather than reaction to outbreaks.

This came after one of the deadliest outbreaks of foodborne illness in U.S. history, in a case profiled in cnbc’s “American Greed” segment. “Peanut Corporation of America President Stewart Parnell became the first food company ceo in U.S. history sent to prison for selling tainted food, after a federal jury in Albany, Georgia, found he knowingly ordered workers to ship contaminated peanut products to customers nationwide,” cnbc reported. “As many as 20,000 people were sickened; nine died.”

fsma law took about six years to roll out, with 2017 seeing full implementation of rule compliance. It also marked the beginning of the Foreign Supplier Verification Program (fsvp), forcing importers to demonstrate supplier food safety. This was a critical addition, as a staggering 15 percent of the U.S. food supply is imported, including 50 percent of fresh fruits, 20 percent of vegetables and 80 percent of seafood from more than 200 countries.

Even with full fsma implementation, the fda faces a daunting task in verifying importer compliance, causing struggles with even the biggest companies. Consider Kraft Heinz: With its thousands of suppliers, turning up the heat on them to disclose protocols and procedures will be difficult—management of that information will be almost impossible.

Will FSMA Work in the Long Run?

Few would argue against attempting to overhaul the food-safety system and trying to make food production, transportation and preparation safer. This law is expected to prevent 330,000 foodborne illnesses and save the U.S. $925 million each year, according to National Institutes of Health.

Still, some criticize the system as a case of overstretching and over-regulating an already unmanageable situation. “The biggest problem, however, comes with the entire approach, command-and-control regulation and inspection,” FoodSafetyNews reported. “It’s old, it’s outdated, and it’s not likely to work. fda will never have the knowledge to tell every type of domestic and foreign producer, warehouse, transporter and retailer what the best way is to keep their products safe. Nor will they ever have enough inspectors to cover them all in a timely fashion, even though they will continue to press American taxpayers for more resources.”

Will we see more incidents like the cdc’s woefully slow response late last year to a deadly E. coli outbreak linked to romaine lettuce? After it was first revealed by Canadian officials on December 11, 58 people in Canada and the U.S. were confirmed with E. coli infections—two died. The cdc waited until December 28 to publicize the outbreak; the fda was similarly mum. The lack of warnings and updated information to consumers was a massive failure. “Just as concerning, the investigation appears to have gone ‘cold,’ with the agency’s own staff seemingly content to wind it down without finding the cause and source,” Rep. Rosa DeLauro told FoodSafetyNews.

How to Protect Yourself

There are two basic questions to examine if national food safety is to be advanced. 1) Can a behemoth government agency, struggling with a massive mandate of regulatory and enforcement activities, be effectively responsible for regulating 80 percent of America’s food supply? 2) Can individual risk be minimized with direct farm-to-consumer transactions, building a healthy and wholesome food system?

Since it is unlikely the government will choose the latter option, consumers must make healthy choices. The majority of food poisoning arises in restaurants and commercial food businesses, and the bulk of that from sick employees. Your best recourse is not to eat out often. If you do get sick, crowdsourcing websites like iwaspoisoned.com can help. They allow reporting of incidents, restaurant name, location, food eaten and symptoms. Even local health inspectors marvel at outbreak-reporting speeds of one to two days, whereas government channels can take weeks. This has the potential to stop an outbreak before it spreads and allows customers to understand where problematic facilities exist (npr.org).

At home, your best practice is to buy fresh, local and high-quality foods from trusted sources. If unable to do this, use common sense, the cdc says: Prioritize cleanliness, properly refrigerate your food, cook thoroughly, keep raw foods and utensils that touch them separate from cooked foods, and keep hot foods separate from cold foods.