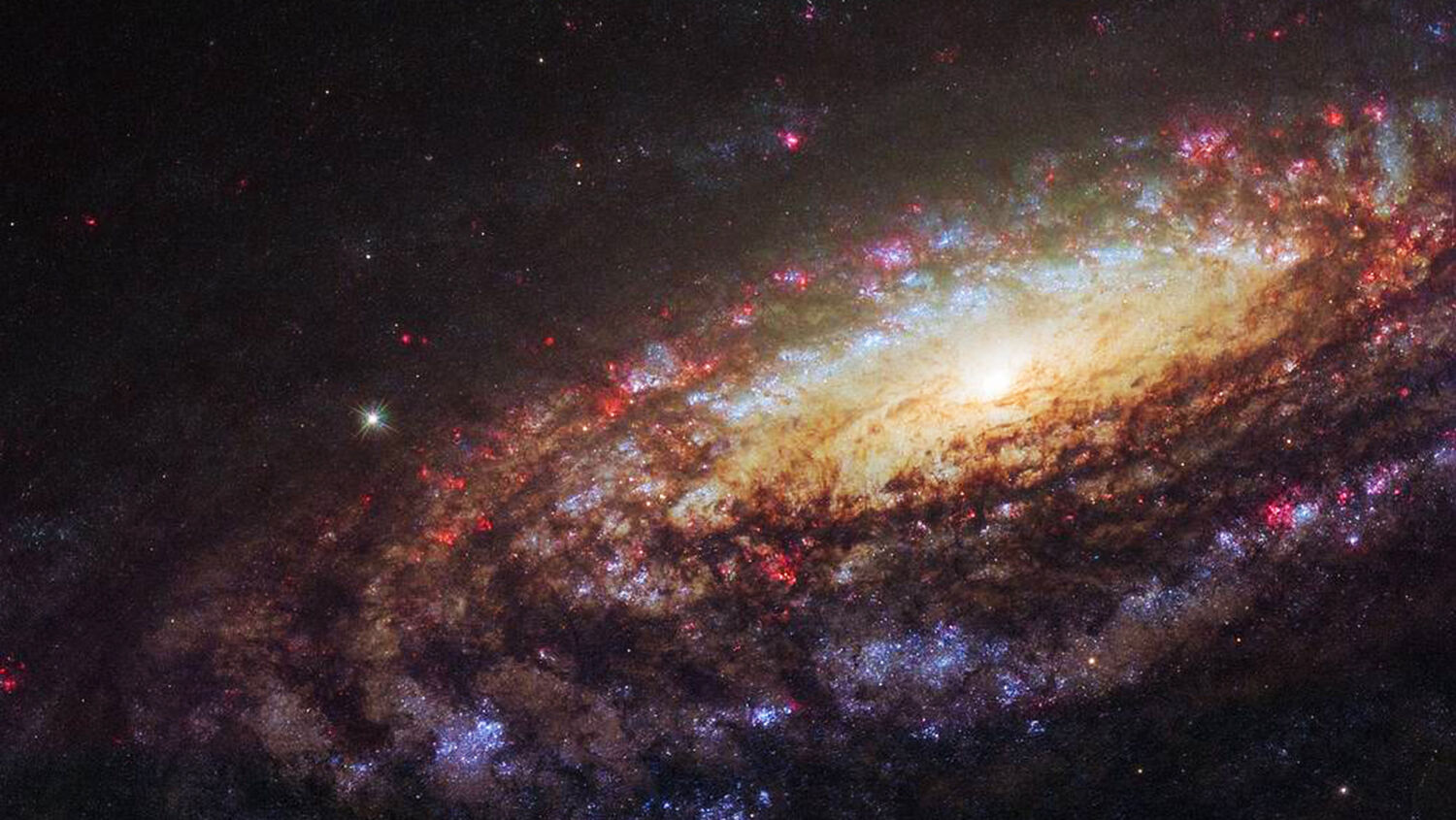 This image from the Hubble Space Telescope shows a spiral galaxy known as NGC 7331.
NASA

A new discovery sheds further light on the precision of the universe.

According to the International Center for Radio Astronomy Research (icrar), the motion of the cosmos may be even more precise than previously thought.

On March 14, icrar researchers released new information concerning galactic rotation. They found that all galaxies in the universe rotate around their central axis once every 1 billion years, just like the Earth rotates once around its axis every 24 hours. This means that regardless of size or density, every single galaxy spins in synchronization!

So far, they have not documented any galaxy that behaves counter to this observation.

“[R]egardless of whether a galaxy is very big or very small, if you could sit on the extreme edge of its disk as it spins, it would take you a billion years to go all the way around,” said icrar Professor Gerhardt Meurer.

This is another incredible discovery that points to the seemingly inexplicable harmony of the universe.

Of course, there is an explanation for the perfect synchrony of the heavenly bodies. Rather than a random collection of leftover space junk from a big bang, the myriad of stars and galaxies around us are actually purposefully and precisely created!

It is possible that there is an underlying natural cause for this remarkable synchronization—that it occurs because of the operation of a law of physics. But even this points to the existence of a lawgiver.

In Does God Exist?, Herbert W. Armstrong challenged readers to explain this chronological perfection without the existence of a creator. Just as any timekeeping device proves the existence of a designer and maker, so too does our intricate universe.

“The whole material universe—everything out there—is perfectly submitted to God’s rule,” writes Joel Hilliker in Our Awesome Universe Potential. “This is another remarkable way in which the heavens declare God’s glory. What an extraordinary message the heavens are preaching, if only we would listen.”