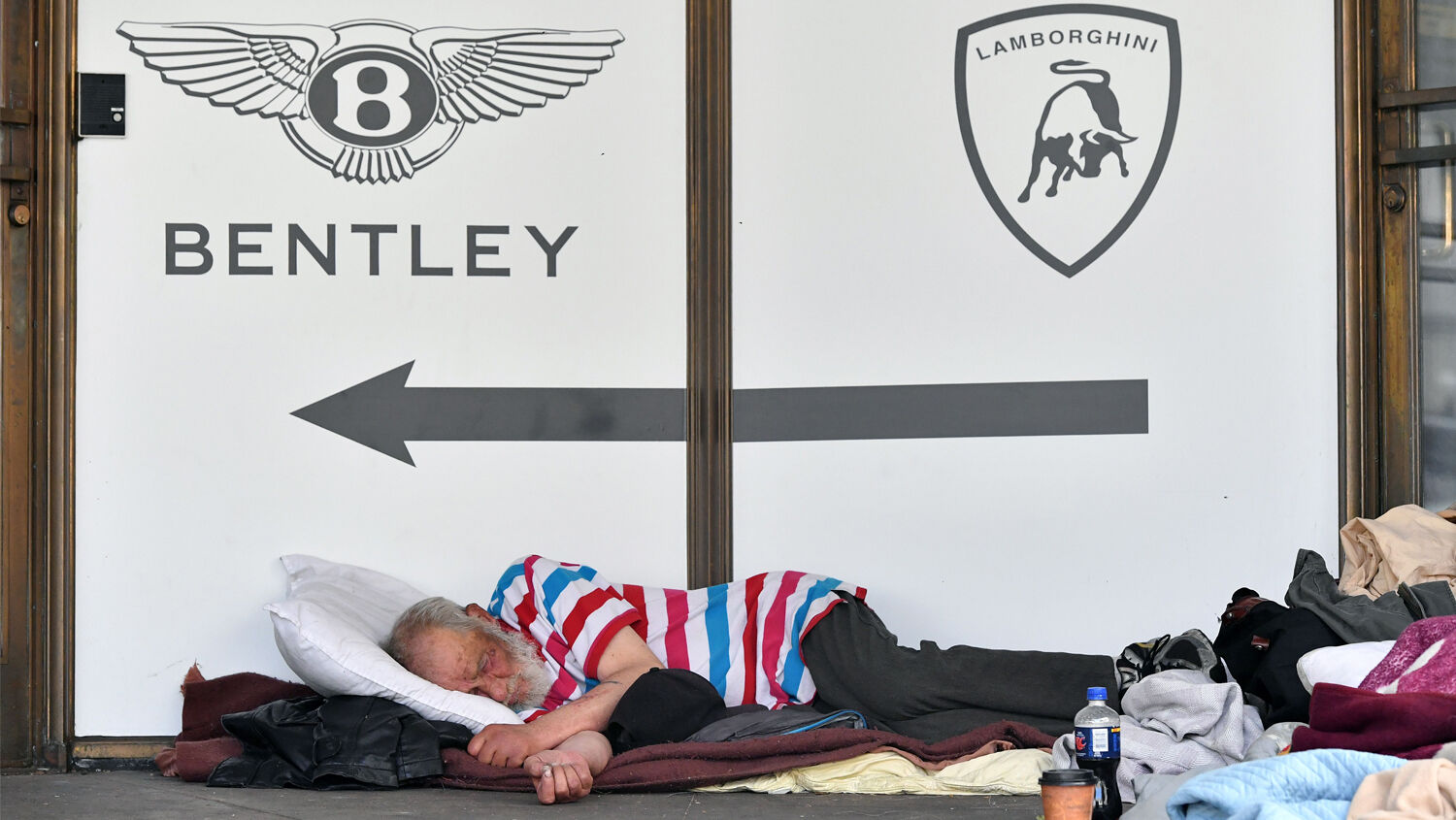 How does a city with so much wealth produce so much filth?

San Francisco, California, is one of the world’s richest cities and famous around the world. Paradoxically, its city streets are also routinely reported to be in deplorable and disgusting conditions.

If you’ve been to San Francisco, you have probably visited tourist areas that are beautiful. But you were probably also relentlessly pursued by beggars and noticed that there is something seriously wrong with the city. San Francisco Travel ceo Joe D’Alessandro told a local cbs station, “The most common negative thing tourists say is the condition of our streets—whether it’s aggressive panhandling or encampments on the streets or just dirt and trash. And in fact, that is tarnishing our brand.”

In an investigation by nbc Bay Area, published February 18, the Investigative Unit spent three days surveying downtown San Francisco. Walking 153 blocks stretching more than 20 miles, reporters discovered conditions comparable to some of the worst slums in the world. They found trash on every block, 100 discarded drug needles, and 303 piles of human waste.

“If you get stuck with these disposed needles you can get hiv, Hepatitis C or Hepatitis B,” said Dr. Lee Riley, an infectious disease scientist at University of California–Berkeley. He warned that in some instances, passersby can even breathe in fecal matter as it dries and dissipates into the air. This can be deadly, especially for children.

Dr. Riley and Dr. Jason Corburn analyzed the health hazards in areas of deep poverty across the globe in their 2016 book Slum Health: From the Cell to the Street. Dr. Riley believes the contamination levels in some parts of San Francisco may now be worse than certain slums in Brazil, Kenya and India.

City supervisor Hillary Ronen believes the solution is to take people off the streets. She wants to add 1,000 more temporary beds to the 2,000 the city currently has, at a cost of about $25 million. The money has to come from somewhere, “[w]hether that’s putting something on the ballot to raise business taxes or taking a look at our general fund and re-allocating money towards that purpose and taking it away from something else in the city,” she said.

San Francisco is already spending $30 million to clean the streets. That’s half of its $60.1 million annual Public Works budget. But Director of San Francisco Public Works Mohammed Nuru said, “We can clean and then go back a few hours later and it looks as if it was never cleaned.”

His city workers are struggling to keep up. They pick up an average of 12,000 needles each month. “It’s not just about sweeping and washing down and cleaning,” Nuru said, “we have a social problem that we need to solve.”

San Francisco wasn’t always like this. For years, people flocked to “the city by the bay” for its Mediterranean climate, clean air, and panoramic Pacific views. But during the 1960s, life at the street level began to change. San Francisco and its suburb, Berkeley, became the epicenter of the counterculture movement. The city’s leadership embraced the prevailing acceptance of sex and drugs, believing that these were victimless crimes. This grew into what we now know as “San Francisco values.”

The ideological tug of war included the election of Mayor Willie Brown in 1996. He increased the size of the government, taxation and building regulations. The city’s budget grew 33 percent, to $1 billion. City-Journal.org highlighted San Francisco’s change of direction in its 1998 exposé, “Willie Brown Shows How Not to Run a City.”

Ten years later, San Francisco “values” sprang onto the national scene in 2006 when the Democrats won control of the United States Congress and Rep. Nancy Pelosi, from San Francisco, became Speaker of the House. At the time, Trumpet editor in chief Gerald Flurry penned the somber article “Midterm Elections: A Disaster for America,” writing that the “midterm elections changed American politics forever” due in large part to “the fact that ‘San Francisco values’ [began] echoing through Washington’s halls.”

As Mr. Flurry remarked, “When ‘San Francisco values’ dominated Roman society, the empire fell! History teaches that San Francisco values and beliefs do not work. People who fail to look to history do not learn the lessons it furnishes.”

Today, as during the late 1990s, the deterioration of public order in San Francisco is intolerable.

San Francisco’s liberal policies, after years of efforts aimed at expanding the local government and decriminalizing unlawful behavior, has thrown it into the grips of historic levels of drug use and increasing crime. The disgusting stench of human refuse littering its pavement is merely the most obvious symptom of this deep decay.

The avoidable decay taking place in San Francisco is an ominous sign of the catastrophic collapse that is about to come on this withering nation. There’s a sickness in Israel from head to toe. As this nation’s morals decline, so does the standard of cleanliness and pride in our cities’ streets. The Golden State is rapidly becoming a national disgrace, its glimmering image swiftly tarnishing. The problem traces back not to too many laws or too few street sweepers, but to “San Francisco values”—a lack of true virtues.