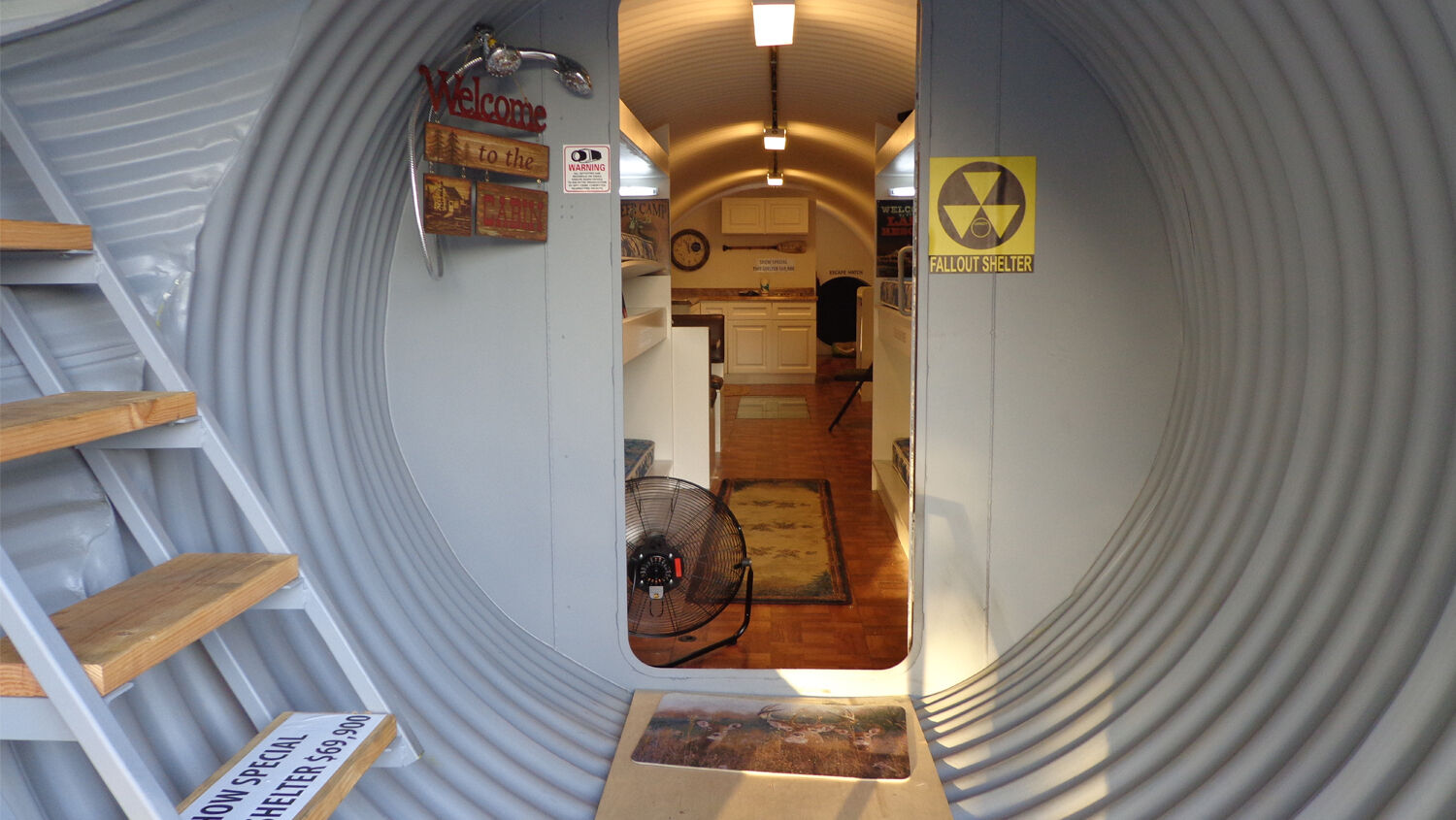 Business elites are so worried about the collapse of Western society that they are building themselves bunkers in remote locations.

Many intelligent people are waking up to the realization that the planet is heading toward a global catastrophe. Across the United States, wealthy Americans are preparing for “doomsday.”

Until recently, this phenomenon was mostly associated with tinfoil-hat-wearing conspiracy nuts and backwoods survivalists, but now tech billionaires, venture capitalists and other business elites are becoming increasingly worried about the possibility of the collapse of Western society—enough to make significant preparations.

A Guardian report from February 15 indicated that several such entrepreneurs are seeking refuge in New Zealand. People like billionaire venture capitalist Peter Thiel are buying up property in the remote South Pacific island nation. The cofounder of PayPal spends most of his time in the United States, but he says he is prepared to flee to his New Zealand survivalist bunker at a moment’s notice.

Other wealthy individuals are also “heading for the hills.”

Steve Huffman, cofounder and ceo of Reddit, told the New Yorker that he has been hoarding food, gathering weapons, and even underwent laser eye surgery to “improve his odds of surviving a disaster.” A Facebook product manager, Antonio Garcia Martinez, told the New Yorker that he had purchased property in America’s remote Pacific Northwest and was toying with the idea of forming a militia to protect his post-apocalyptic hideaway. He said that many other Facebook employees are making survivalist plans of their own.

When you consider the threats facing this world, it is easy to understand why many are joining this trend.

Increasing weather disasters are wracking the planet. Global pandemics threaten to wipe out millions. And the looming danger of nuclear war is ever present.

In 2014, an American team comprised of four atmospheric and environmental scientists engaged in complex research to predict the global impacts of a limited nuclear war. They based their models on a simulated nuclear conflict between India and Pakistan, with each side firing 50 bombs comparable in power to the one dropped on Hiroshima in 1945.

The simulation revealed that even this comparatively small nuclear war would have far-reaching, devastating effects on the entire planet. The blasts would release close to 11 billion pounds of “black carbon” into the atmosphere, causing the sky to darken, average global temperatures to drop, and ozone depletion of more than 20 percent. The simulation concluded that it would take decades for the planet to recover. A separate study from the International Physicians for the Prevention of Nuclear War estimated that 2 billion people would starve due to famine brought on by the nuclear winter.

Today, nations such as Russia and the U.S. possess weapons that make the bombs of 1945 look like firecrackers.

Russia’s RS-28, colloquially known as the “Satan-2,” is a supersonic nuclear missile around 1,000 times more devastating than the “Little Boy” bomb dropped on Hiroshima, Japan. Dr. Paul Craig Roberts, chairman of the Institute for Political Economy, wrote in Global Research that just one Satan-2 missile would completely destroy New York State and render it uninhabitable for thousands of years. “Five or six of these ‘Satans,’” he wrote, “and the East Coast of the United States disappears.”

When such weapons detonate in warfare, there will be nowhere to hide for “preppers,” wealthy or otherwise. Even if they manage to avoid the initial blasts, centuries of nuclear winter will wipe out all natural life on Earth. No crops will grow. No animals will survive. Air and water will be poisoned with radiation.

Any human effort to avoid the consequences of modern nuclear war are in vain.

The Bible backs this up in Matthew 24:21-22: “For then shall be great tribulation, such as was not since the beginning of the world to this time, no, nor ever shall be. And except those days should be shortened, there should no flesh be saved [alive; Moffatt translation]: but for the elect’s sake those days shall be shortened.”

The Bible gives us ample warning. It is up to us to heed and rely on God, not bunkers, to escape. Luke 21:36 says, “Watch ye therefore, and pray always, that ye be accounted worthy to escape all these things that shall come to pass, and stand before the Son of man.” This verse shows us that it will not be a survivalist bolt-hole, a stockpile of food and weapons, or a remote refuge that will keep us safe in this “great tribulation” to come. Only obedience to and faith in God, coupled with a keen awareness of current events, will offer any protection for what is ahead.

For a deeper understanding of God’s perspective on the fast approaching Great Tribulation, please request your free copy of Nuclear Armageddon Is ‘At the Door,’ by Gerald Flurry.