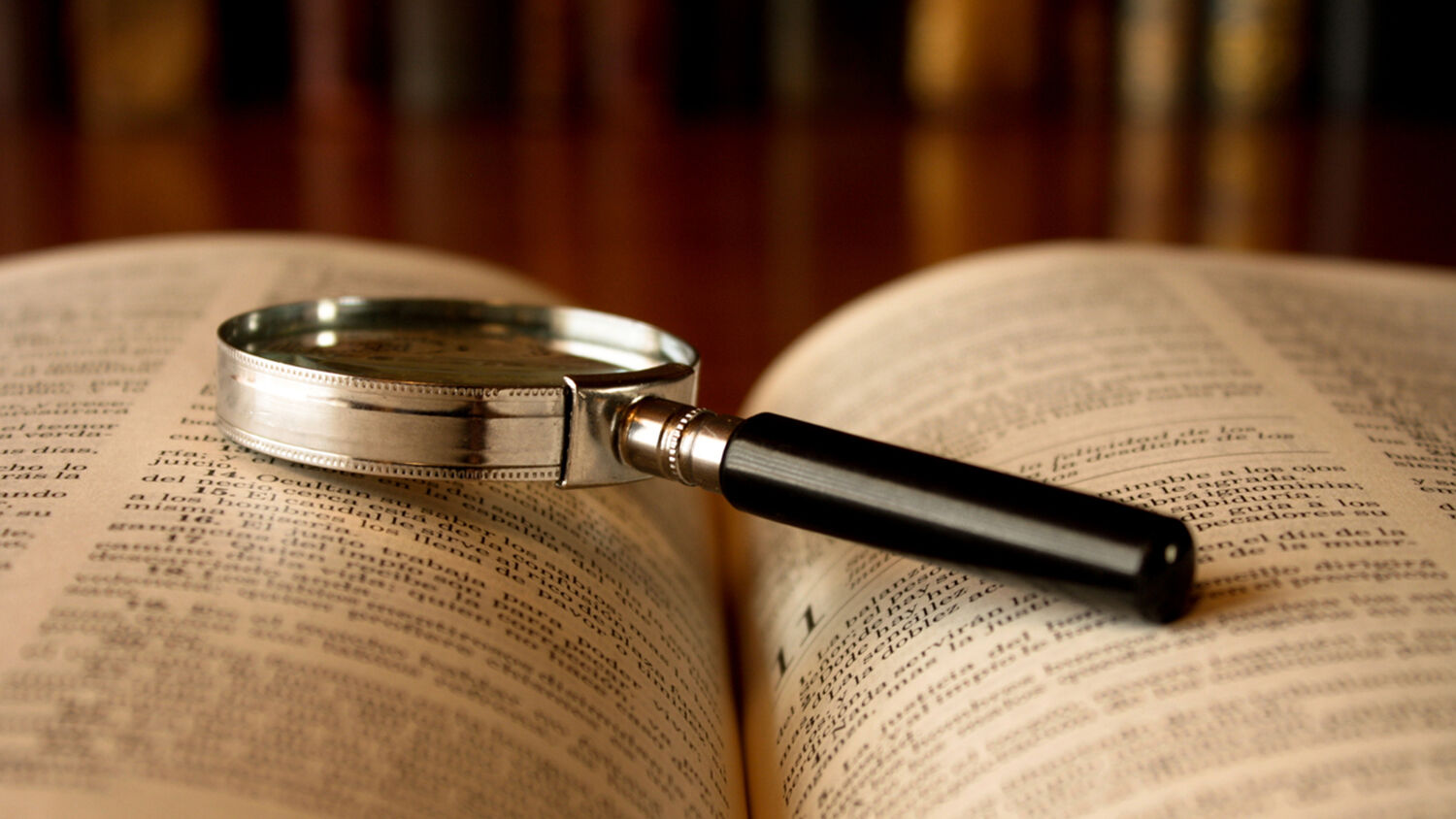 The discovery of the Isaiah bulla adds to the evidence supporting the Bible.

The book of Isaiah is in the news—even on the front pages. The discovery of what may be Isaiah’s signature in the dust of Jerusalem has drawn international attention to this ancient prophet.

Yet the bulla is not the only reason for this book’s modern significance. The book is full of prophecy—it dares to foretell the future.

Because of this, the book’s origin—traditionally dated to the eighth century b.c.—has faced a great deal of scrutiny. It is usually considered by revisionists to be the work of at least two authors (the second, writing from chapter 40 onward), or perhaps by as many as five authors.

The central logic against the traditional dating for the book of Isaiah is that there is no way a prophet could tell the future. For example, Isaiah prophesies by name the future King Cyrus and the precise destruction of Babylon more than 150 years in advance. Thus, the book must have been written at a later date. That supposition has caused some critics to identify changes in writing style throughout the book, which they say prove that it was at least half a forgery that was written later on. Could this be the case?

Archaeologist Dr. Eilat Mazar’s discovery of the Isaiah bulla is yet one more piece of evidence in favor of the authenticity of the book. But there are many more. And there is also much evidence that the man who probably used that bulla wrote the book in your Bible.

Ancient classical historians and early writers, back to about 200 b.c., gave Isaiah full attribution for the book, not for only half of it. It is interesting—and so typical—that more than 2,200 years on, we today fancy ourselves more knowledgeable than those who lived much closer to the actual time period in question.

The main objection to the book’s original authenticity—the supposed changes in style—cannot be held up with any credibility. Isaiah 1:1 states that the prophet was writing and working during the reigns of five successive kings. He was prophesying over the course of about 60 years. Of course there would be a change in his writing style, as multiple studies into the subject bring out. As a January 1971 Tomorrow’s World article stated:

The fact of the matter is that an accomplished author’s writing style should and will change through the years …. [L]iterary analysis has claimed that Paul only wrote five of his 14 epistles, that Ian Fleming didn’t write James Bond, and that the works of Graham Greene and G. K. Chesterton had “more than one author.”

It’s even been concluded, by such a standard, that James Joyce’s Ulysses was written by five different authors. Of course, this is ridiculous, but that is the conclusion we must draw if we are to hold these other authors to the same standard that revisionists hold Isaiah.

Change in form can either be deliberate or unintentional over several months or years—this is no gauge for the authorship of Isaiah’s book. Any expert will tell you that to even begin to get a real sense of authorship based on writing style, you need a body of work far larger than the book of Isaiah.

In fact, much stylistic evidence can be given to show Isaiah wrote the entire book. There is no room for the analysis here, but multiple pages of identical phraseology and grammatical useage, in many cases unique only to the prophet Isaiah, have been shown between both halves of the book. An exhaustive comparative study of this can be found in Rachel Margalioth’s The Indivisible Isaiah, and Craig Davis’s Dating the Old Testament.

There is no question that Isaiah himself was an early prophet. Even those who do try to place the date of the book later in history only do so as far as the sixth to the fifth century b.c. Isaiah’s writing is of an early Hebrew style, and he accurately describes the environment and politics of his time. These aspects have been verified through archaeology.

One of the major theories for the authorship of Isaiah is that the latter half was written around 540 b.c., by a Jew held captive in Babylon. This is just late enough to explain away the prophecy of King Cyrus, yet not so late as to encounter the bulk of textual conflicts such a late date brings. Still, look at the text within the latter half of Isaiah. Accurate descriptions are given of the geography of Israel, to the extent that numerous native trees are described—landscape that a captive in Babylon, by then at least 46 years into captivity, would not have been able to portray. Furthermore, the latter half of Isaiah describes the operation of the temple, and sacrifices to be made. This, of course, would not make sense if it was written in 540 b.c., when there was no longer a temple and no way of making sacrifices. Further, this latter half of Isaiah criticizes Canaanite idolatry—something that was rampant during the time of Isaiah in the 8th century B.C.—yet something that would have been rather redundant during the late 6th century captivity, where Babylonian idolatry was rife.

And if this latter half of the book was written by a separate author, why was he not named or attributed? Several writer-prophets of much shorter books came on the scene during this later period of captivity, and were well-attested to. Why would this writer feel the need to be so subversive in creating a large portion of material to add to the Book of Isaiah?

Our earliest complete version of Isaiah is from the Dead Sea Scrolls, dating to c. 125 b.c. While critics vie for a later-than-traditional date for the book of Isaiah, even this full-length scroll dates well before the fulfillment of a plethora of Isaiah’s prophecies—many of which have since come to pass, and many others yet to be fulfilled. In fact, Isaiah himself acknowledged that his book was written primarily to be preserved for the end time, when the main part of the prophecies would be fulfilled! (In Isaiah 30:8, “time to come” would be better translated as “latter day.” Jeremiah and Daniel also stated that their books were for the end time—see Jeremiah 30 and Daniel 12.)

The first-century-a.d. historian Josephus stated that the prophesied King Cyrus, when he came on the scene in the fifth century b.c., actually read of the advance prophecies in Isaiah in which he was specifically named (Isaiah 44:27-28; 45:1-4), and was deeply moved by them. (Incidentally, Josephus also wrote that Alexander the Great was shown the prophecies of his reign in the book of Daniel when he arrived in Jerusalem in the fourth century b.c.—hence the favor he showed the Jews.) These points provide accumulative evidence for the early traditional writing of Isaiah.

When revisionists try to date the book of Isaiah to later ghostwriters, a profusion of textual and historical problems arise. When the book is accepted as written by Isaiah, on the other hand, no problems arise—unless you don’t believe in prophecy.

As it turns out, there is evidence to say that it makes sense for the early, traditional authorship of Isaiah. Those who take it apart are doing so with no hard evidence. Primarily, they are doing it because of their own conviction that these prophecies couldn’t have been made in advance. But there is no extant evidence to say that the book of Isaiah couldn’t have been written at the time described in the text. And there is a lot that says it should have been.

Of course, believing in the literal account means believing in prophecy. It means believing in a God who is capable of predicting the future. A God who declares “the end from the beginning, and from ancient times the things that are not yet done, saying, My counsel shall stand, and I will do all my pleasure” (Isaiah 46:10). And that is a step way too far for the critics—and it seems no amount of evidence can change their stance.

As time goes on, evidence continues to mount for the early, traditional authorship of the Bible. For a wider look at the veracity of the Bible, check out our free booklet The Proof of the Bible, by Herbert W. Armstrong.