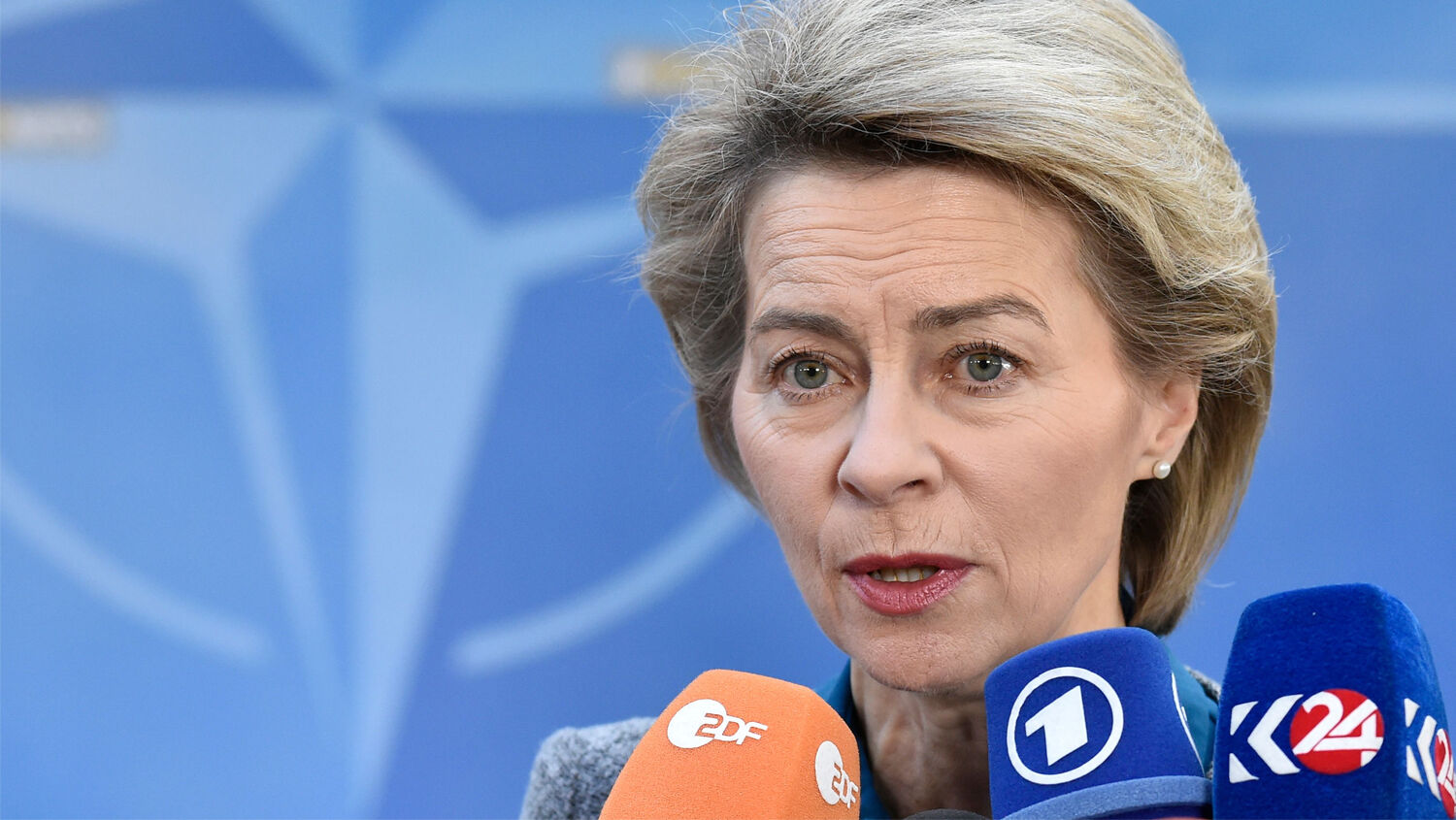 Germany’s Bundeswehr has been charged with establishing and commanding a new nato military headquarters.

Defense ministers of the North Atlantic Treaty Organization (nato) approved the creation of two new command centers during their meeting on February 14 and 15. One, focused on maritime security, will be located in the United States. The other will focus on rapid-troop movement across Europe, especially toward the east, and will be located in Germany.

The decision comes in response to increased tension between Europe and Russia. German Defense Minister Ursula von der Leyen said at the side of the nato meeting in Brussels that “Germany has offered to be a framework nation, and others are very grateful for that.” Germany’s location “in the heart of Europe” and its “experience in logistics and support,” both factored into the decision, she said.

The new command center will allow Europe to quickly deploy troops to its eastern border. Many East European countries doubt that nato can ensure their safety in the event of another armed conflict with Russia.

This new headquarters is one of several steps that nato and the European Union have taken to make it easier to move troops across the Continent.

Germany’s headquarters fits perfectly into the pattern, apart from one irregularity: As Deutsche Welle noted, the new headquarters “will not be integrated into the current nato command structure.” Instead, it will be established under German sovereignty.

German-Foreign-Policy.com noted that nato’s hands-off approach will allow Germany to use the European troops and funds as it deems necessary, even for missions outside of the nato framework.

In the decades after World War ii, nato ensured Europe’s security. But in recent years, Germany and Europe have taken major steps to defend themselves independent of the U.S. Some warn that Europe may even break away from nato. German-Foreign-Policy.com commented:

In Washington, serious warnings are being raised against an independent German-European military policy aimed at weakening nato. The militarization of the EU is being supported as long as “it is complementary to nato,” a senior Pentagon official was quoted. However, Washington would intervene, if Berlin and the EU were to pull military resources away from nato and use them for their own wars.

High-ranking nato officials warned at the Munich Security Conference, held February 16 to 18, that Europe could be forming “an alternative to nato.”

nato Secretary General Jens Stoltenberg warned that it is “important for Europeans to state again and again that this is not competition for nato or an alternative to nato.” He added that doubts continue to exist despite nato’s admonishments. U.S. Ambassador to nato Kay Bailey Hutchison said that if recent European military developments become “a protectionist vehicle for the EU,” it threatens to “splinter the strong security alliance that we have.”

Many leaders even in nato are celebrating Europe’s remilitarization and are puzzled by the “new American skepticism,” the New York Times stated.

nato was founded in 1949 to prevent Europe from remilitarizing and starting another major war. The Allies agreed that Germany must solely rely on the protection of nato armed forces. nato’s first secretary general, Lord Hastings Ismay, described nato’s goals as such: “Keep the Russians out, the Americans in, and the Germans down.”

But Germany has slowly risen—at first contributing in small ways and rearming slowly—to be a leading force in the alliance. Now, large parts of Europe’s military will operate under the command of a headquarters on German soil.

Ever since Germany joined nato, various German leaders have hoped that one day it could lead Europe to form its own military alliance. Late German Defense Minister Franz Josef Strauss wrote in The Grand Design: A European Solution to German Reunification (1965):

The European nato countries are justified in reading into the text of the Atlantic treaty an obligation to seek ways and means in the future of making their defense possible from within Europe itself, just as America is able to defend herself. An unsuitably and inadequately armed Europe is of no benefit to America.

This has never been the intent of nato and stands in total opposition to its original objective. Strauss explained that he opposed nato’s structure as “an American protective alliance for free European countries” and instead wanted it to be transformed into “an American-European alliance of equals.” Strauss’s dream is coming true today. (Read “Germany Is Conquering NATO” to learn more.)

Many blindly believe Germany and Europe will use a stronger military to pursue the same goals as nato, but this assumption is dangerous. Europe has submitted to the American-led bloc for 70 years because it lacked its own independent military power. Once it can rival the U.S., this could quickly change.

The Bible is filled with prophecies that warn of a rising European military that will oppose America. Based on prophecies such as those in Revelation 17, the late Herbert W. Armstrong foretold Europe’s military power grab. In 1983 he warned: “The Bible prophesies of this coming United States of Europe, a new united superpower, perhaps more powerful than either the Soviet Union or the United States.”

Read more of his Bible-based prophecies in your free copy of He Was Right. The Bible has warned for thousands of years that man does not know the way of peace. To learn more about how Europe is secretly working on its own multinational army, read “Europe’s ‘Underground’ Army” in the latest print issue of the Trumpet and request a copy of our free book The Holy Roman Empire in Prophecy.