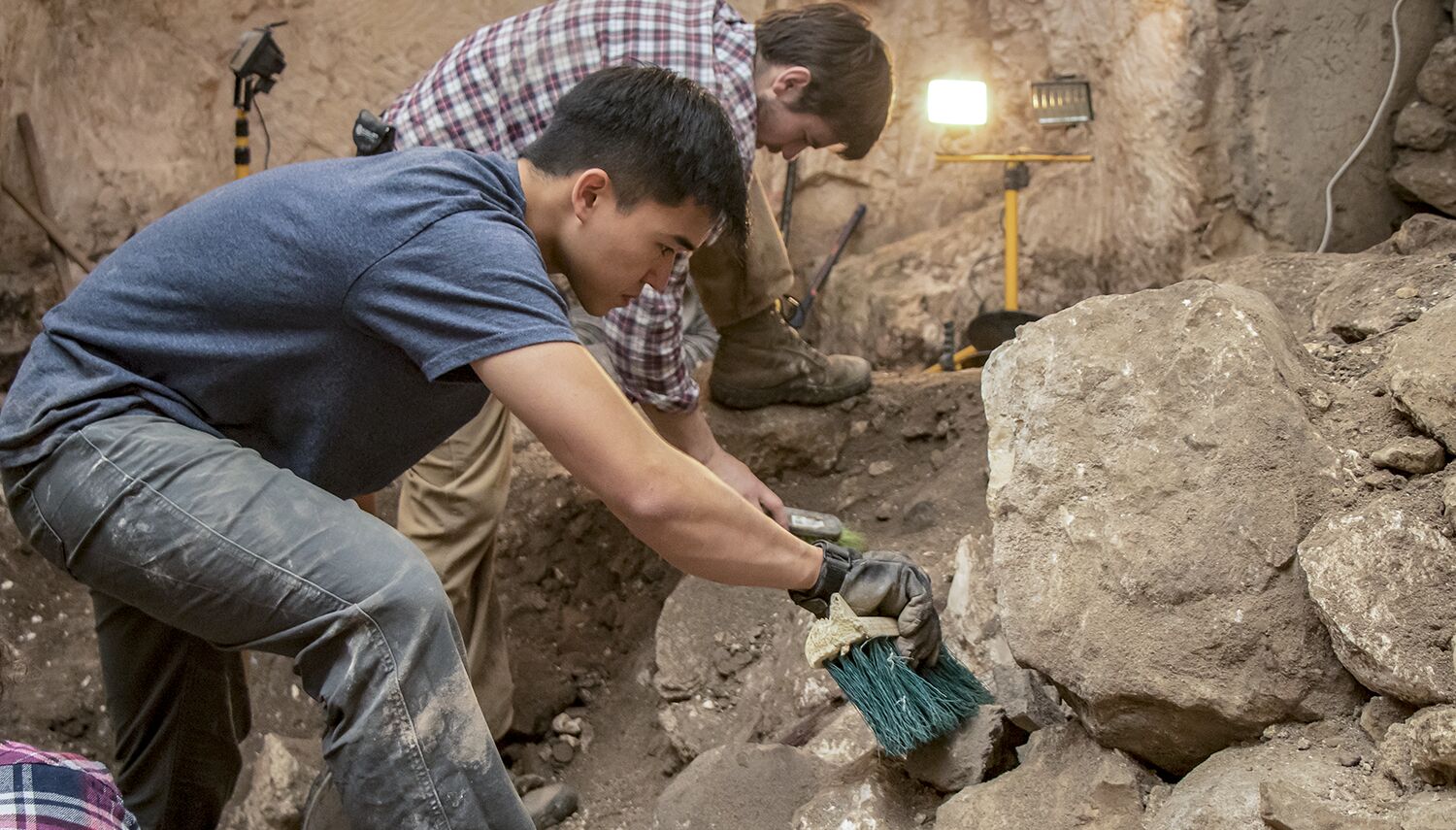 Jerusalem archaeologist Dr. Eilat Mazar has made many discoveries from the First and Second Temple periods, including David’s palace, Solomon’s wall, Nehemiah’s wall, a gold medallion with a menorah imprinted on it, and two clay seal impressions of a pair of Jewish princes who tried to have the Prophet Jeremiah killed. Before she uncovered David’s palace and Nehemiah’s wall, virtually nothing from these periods had been found in Jerusalem.

Students from Herbert W. Armstrong College, in association with the Trumpet, have assisted Dr. Mazar in seven archaeological excavations over the last 12 years, including a three-month dig on the Ophel taking place right now. Our 11 students and graduates make up about half of the excavation team. Over the years, Armstrong College students have been on the scene when many of these earthshaking artifacts were uncovered—and some of our students have been directly responsible for digging them out of the ground.

These finds are extremely important. David’s palace is the site where King David’s throne began. Biblical prophecy shows that the Messiah will rule from that throne forever when He returns to Earth soon. Solomon’s wall—a massive 70-meter-long, 6-meter-high structure hewn from the largest stones ever found from the First Temple period—disproves the argument that the Davidic monarchy was a greatly exaggerated group of nomadic sheepherders.

The seals of Jewish princes Jehucal and Gedaliah recall the harsh persecution that Jeremiah faced—persecution reflecting the Jews’ hostility to God’s warning message, which got them sent into captivity. Nehemiah’s wall was built in the sixth century b.c. after the Jews returned from enslavement in Babylon.

It appears Dr. Mazar has found yet another staggering biblical artifact: a clay seal bearing the name of the Prophet Isaiah.

Dr. Mazar is unique in her field because she relies on the Bible as a history textbook. When she examined this bulla, she immediately thought it could be referring to the Prophet Isaiah, even though the left side is damaged and a letter or two seem to be missing. I met with her in Jerusalem last October, and she explained the details of this exciting discovery to me.

The bulla was unearthed back in 2009, along with 33 other clay seals—one belonging to King Hezekiah, which she announced in 2015. The Isaiah bulla and the Hezekiah bulla were nestled in the earth mere feet apart. (For an extensive report on the Isaiah bulla, see page 2, “Has Eilat Mazar Discovered Archaeological Evidence of Isaiah the Prophet?”)

Skeptics will surely try to deny this latest discovery, but that is nothing new to Dr. Mazar. She has been persecuted all her life simply for believing the history recorded in the Old Testament. Here is how the Israeli newspaper Haaretz described her and her work in an article last year titled “Is the Bible a True Story?”: “Someone who believes she did find the glorious Jerusalem of David is Dr. Eilat Mazar, the furthest to the right in the biblical camp. … In archaeological circles, Mazar is practically a one-woman camp of her own. … Sometimes, she says, however convinced you are of your truth, you can’t budge a soul” (Nov. 1, 2017).

What a shame! Due to their miraculous history with God, the Jews ought to be the most faith-filled people in the world. Instead, the elites cause them to doubt the accuracy of the Bible!

Hezekiah and Isaiah are one of the Bible’s greatest king-prophet teams. Read my February article, “How King Hezekiah Saved Jerusalem Anciently.” You can see how Hezekiah relied on the Prophet Isaiah to receive God’s protection. Because of Hezekiah’s deference to God’s man, God saved Judah from certain defeat by supernaturally wiping out 185,000 Assyrian soldiers overnight! (Isaiah 37). Rather than scoffing, the modern Jews should seriously consider this history as they face the constant threat of national extinction from a growing list of mortal foes.

I believe God preserved this tangible evidence of the lives of both Hezekiah and Isaiah because He wanted it to be discovered. It brings so much inspiring and relevant history to life! So many lessons are wrapped up in the Isaiah bulla! Every human being on the planet would do well to look into this exhilarating history—and take heed!