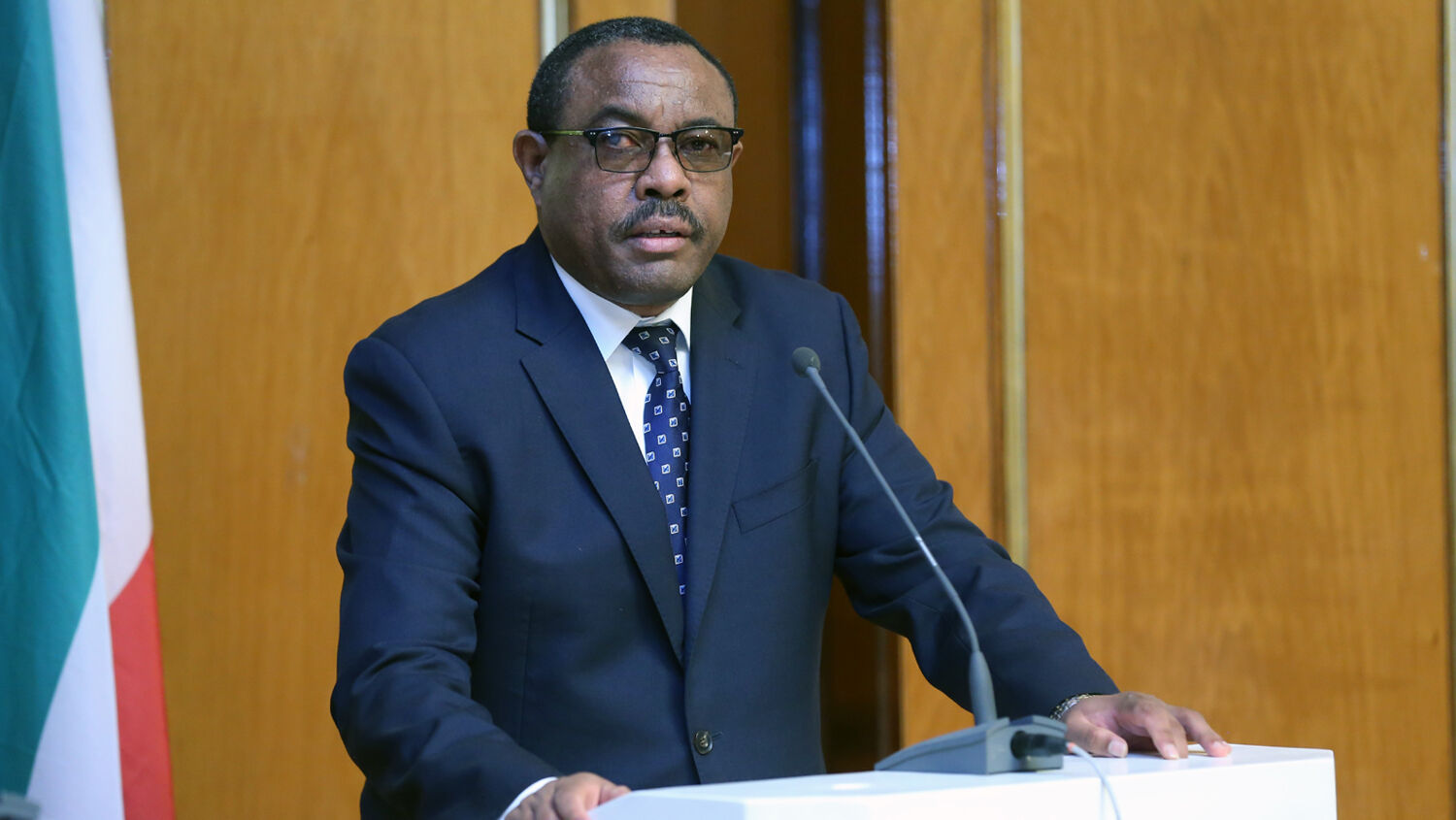 Amid government infighting and violent nationwide protests, Ethiopian Prime Minister Hailemariam Desalegn resigned on February 15, bringing an end to his troubled five-year term. But the resignation only adds to Ethiopia’s ongoing troubles.

The Trumpet has forecast a dramatic shift in Ethiopian politics, controversially warning that Islam is going to assume a much more prominent role in the country. The anticipated change will lead to an alliance with some of Ethiopia’s Islamic neighbors. Desalegn’s resignation could help make way for this eventual alliance.

Desalegn became prime minister after the August 2012 death of Meles Zenawi. Many viewed Desalegn as a placeholder who followed Zenawi’s policies to the letter. Unfortunately, those policies have become unpopular among Ethiopians. His resignation is not shocking, but few expected it to come this soon. Those who considered his resignation likely expected it to come at a government meeting late this year.

Instead, Desalegn was out by mid-February as Ethiopians remain deeply divided politically and socially.

Some commentators say the Tigrayan People’s Liberation Front (tplf) forced Desalegn out. The tplf holds the majority in Ethiopia’s four-party ruling coalition, but its control is diminishing. Rival parties are bringing in fresh young faces. Tired of across-the-board corruption, these re-invented parties are gaining support across the nation.

The tplf controls the ruling coalition despite the fact that the Tigrayans it represents make up just 6 percent of the Ethiopian population. Many Ethiopians are unhappy, saying that the government does not represent the majority of the citizens.

The tplf feels threatened, and Ethiopia’s ruling coalition could go to war among themselves along ethnic lines.

Another member of the coalition, the Oromo People’s Democratic Organization, represents 34 percent of the population. With Desalegn’s exit, many are calling for the nation’s first Oromo prime minister.

During the 10-month state of emergency implemented October 2016 to July 2017, the Oromo revolted, blocking roads throughout the capital, closing businesses, and violently clashing with police. In January and February this year, Desalegn’s government released some 6,000 political prisoners, including an Oromo leader, Bekele Gerba, and the leader of the Oromo Federalist Congress, Merera Gudina.

The release of Oromo leaders and the resignation of Desalegn show that the voices of the majority are starting to prevail. While many tplf opponents were happy with Desalegn’s resignation, their happiness was short lived.

The day after the prime minister stepped down, the government declared another state of emergency, saying it needed to ensure peace and political stability. But some are crying foul, since the state of emergency empowers officials to arrest and jail those who join protests or who distribute anti-government materials. Despite this, the Oromo and other ethnic groups know that their strength against the Tigrayan is growing.

The political and social climate is ripe for revolution.

Here is where it gets interesting. The majority of Oromo are Muslim. About 34 percent of all Ethiopians are Muslim. If an Oromo prime minister takes charge, Muslims in Ethiopia could be empowered.

Even if a Muslim doesn’t take power, the Muslim-majority Oromo people are assuming a more prominent role in Ethiopia. Their influence could ultimately bring about major national changes, as other countries in the region have already experienced.

This aligns with what the Trumpet has forecast based on Bible prophecy. The Prophet Daniel prophesied of a power that would rise in the end time called “the king of the south.” Among the nations in this alliance, he records, is Ethiopia.

This king of the south has a definite leader and uses a bond that unites certain nations under him. The leader is Iran, and the bond is radical Islam. This may seem unlikely since Ethiopia is a majority Christian nation. But the Bible says: “And at the time of the end shall the king of the south push at him: and the king of the north shall come against him like a whirlwind, with chariots, and with horsemen, and with many ships; and he shall enter into the countries, and shall overflow and pass over. … But he [the king of the north] shall have power over the treasures of gold and of silver, … and the Libyans and the Ethiopians shall be at his steps” (Daniel 11:40, 43).

God prophesied that this alliance would form! For more on Iran’s role as leader of this alliance, watch the following video.

For more on Ethiopia’s role in prophecy, request our free booklet Libya and Ethiopia in Prophecy.

In the booklet, Trumpet editor in chief Gerald Flurry writes, “Why did God inspire the mentioning of Libya and Ethiopia? Every word in God’s inspired Bible has significance. … This verse states that Libya and Ethiopia are … going to be closely allied with Iran! … So you need to watch Libya and Ethiopia. They are about to fall under the heavy influence or control of Iran, the king of the south.”

The Trumpet is watching for Ethiopia’s inevitable turn toward radical Islam and Iran. The resignation of Desalegn and the rise of the Oromo could be a step in that direction.