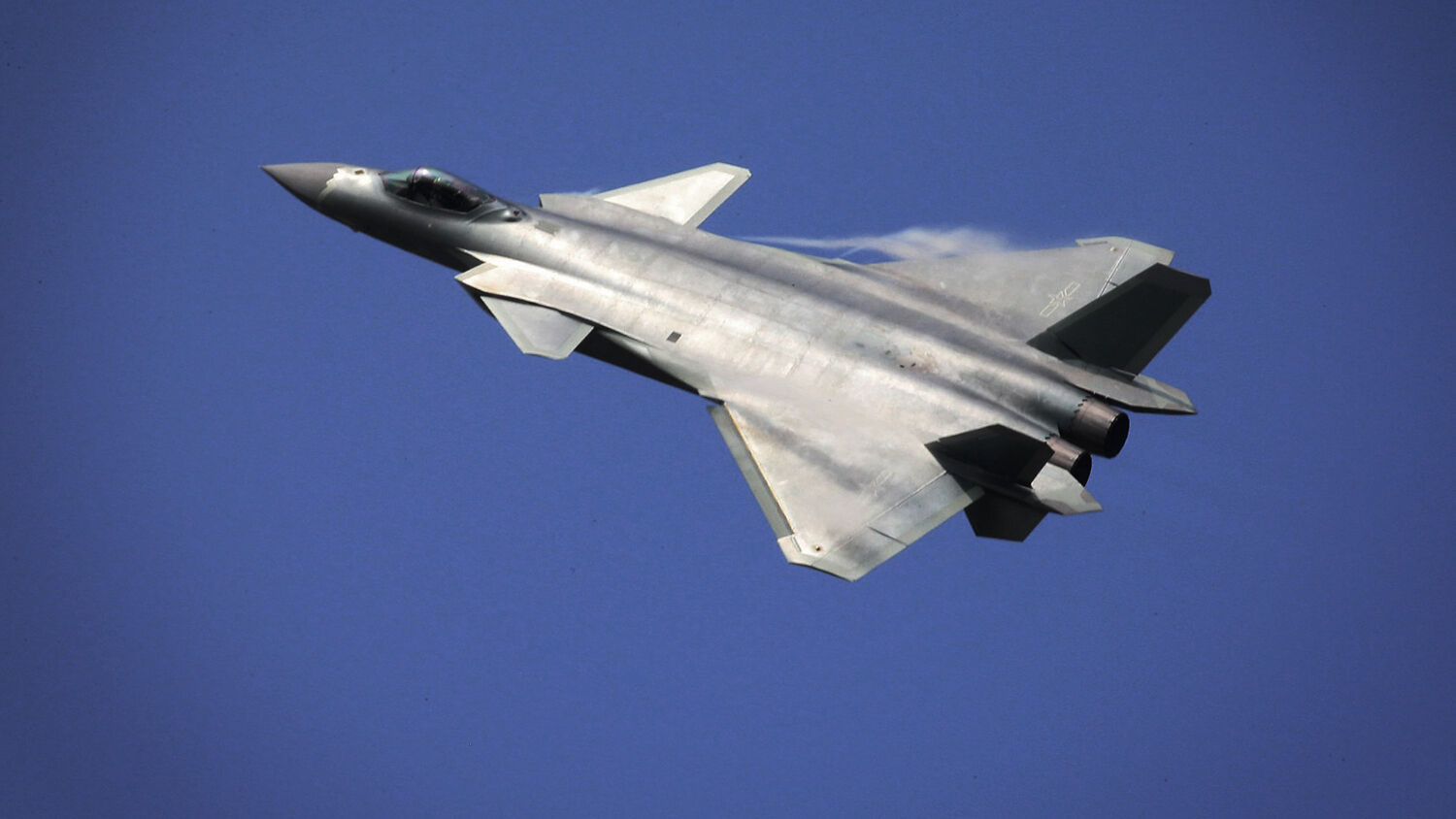 China’s military is not on par with the United States military, but it is “catching up,” according to a report released this week by the International Institute of Strategic Studies (iiss).

In its annual report titled “The Military Balance,” the iiss details how China has made “remarkable” progress in its military advancement, particularly in avionics, missile technology and naval capability. According to Bastian Giegerich, director of defense and military analysis at iiss, “in some selected areas, our assessment is indeed that China is doing more than just catching up.”

China has invested billions of dollars in its military to bring it into the 21st century. No longer content to be a regional power, China has made huge strides in the past year to take its military to the global stage. In 2017, China opened its first overseas base in the African nation of Djibouti. This allows Chinese naval vessels to operate farther from home for longer periods of time.

At the same time, the Chinese Navy continues to expand. In 2017, it launched its first Type 055 guided missile destroyer, the largest post-World War ii warship to be produced in Asia. It has seven more of these vessels under construction. China is also constructing a second aircraft carrier. Regarding China’s expanding navy, Giegerich told Die Welt, “In the last four years, China has built vessels with a total tonnage that is greater than the total tonnage of the French Navy and is roughly equivalent to the total tonnage of the British Royal Navy.”

The Chinese Air Force is also quickly catching up with American air superiority. It recently entered its own fifth-generation aircraft, the J-20, into service. Fifth-generation fighters incorporate stealth technology and have supersonic cruising speeds. This makes the J-20 a rival to America’s F-35 fighter. The model challenges America’s “monopoly on operational stealthy combat aircraft,” according to Dr. John Chipman, director general and chief executive at iiss.

Still, this new fighter is a serious problem for the West. Since the end of the Cold War, air superiority has given Western nations an advantage over their enemies. Planes could operate with relative freedom in combat zones. But, according to Giegerich, “those days now are over.”

The third area of advancement the report drew attention to was China’s missile capability. Its PL-15 extended-range air-to-air missile could enter service this year. “This weapon appears to be equipped with an active electronically scanned array radar, indicating that China has joined the few nations able to integrate this capability on an air-to-air missile,” reported Chipman.

The bbc reported that a “very long-range air-to-air missile [is] intended specifically to strike at tanker and command and control aircraft that now orbit out of harm’s way; essential but vulnerable elements in any air operation.” Improving air-to-air missile technology pushes American support aircraft even further from Chinese forces.

The J-20 fits right in with that strategy. As Business Insider reported, this new jet isn’t meant to go head to head with American jets. Instead of direct confrontation, these fighters deter confrontation almost completely:

Malcolm Davis, a senior analyst at the Australia Strategic Policy Institute, told Business Insider that the J-20 is a “fundamentally different sort of aircraft than the F-35.”

Davis characterized the J-20 as “high-speed, long-range, not quite as stealthy (as U.S. fifth-gen aircraft), but [the Chinese] clearly don’t see that as important.” According to Davis, the J-20 is “not a fighter, but an interceptor and a strike aircraft” that doesn’t seek to contend with U.S. jets in air-to-air battles.

Instead, “the Chinese are recognizing they can attack critical airborne support systems like awacs (airborne early warning and control systems) and refueling planes so they can’t do their job,” Davis said. “If you can force the tankers back, then the F-35s and other platforms aren’t sufficient because they can’t reach their target.”

Analysts call this China’s “anti-access area denial” strategy. This strategy is a combination of missiles, sensors and weaponry that tries to keep an enemy further away from its shores. By developing weaponry that attacks support aircraft, China can limit the range of the enemy’s attack aircraft.

The same strategy can be seen in the artificial islands China is creating in the South China Sea. Despite its repeated denials, China is militarizing those islands. It has placed anti-ship cruise missiles on them. Like the air-to-air missiles, these cruise missiles force American naval vessels to operate farther away from China in the event of a conflict.

All these advances in avionics, missile technology and naval capability create an overlapping defense grid that keeps potential enemies further away from China. The iiss report points out that China still lags behind in its ground combat capabilities. But China is working to prevent any enemies with superior forces from even being able to initiate a land war.

The iiss report confirms the Trumpet’s warning on China’s strategy in the Pacific. Trumpet editor in chief Gerald Flurry warned that China is “steering the world toward war.” In our July 2016 issue, he pointed out that the Chinese regime is now challenging “seven decades of American naval dominance in the Pacific Rim.” This aggressive behavior “should alarm the world!” he wrote.

“Since Japan’s defeat in World War ii, America has protected this vital trade route and brought peace to this part of the world,” Mr. Flurry wrote. But because of new military technology, China is pushing America out of the region. American forces can no longer safely operate there. “China is intimidating the nations of Southeast Asia into submission to its will,” he wrote. “It is forcing these countries to do what it wants. Everything is headed in the direction of war.”

These new technologies make it much harder for America to confront China. America now risks significant losses if it ever needs to step in to defend its allies in Asia.

The reality is that China’s grand strategy in Asia preys on America’s broken will.

This is exactly what the iiss report outlines. While Western powers still have some advantages over Chinese forces, they need to exert a strong will to stay ahead of their rival. Along with continuing to develop better weapons, Western nations need to be “resistant to attempts to erode their cohesion and will in peacetime as well as war.”

The problem is that America’s will is already broken, as Bible prophecy said it would be (Leviticus 26:19). So is its cohesion with its allies. It has been weak in its responses to Chinese aggression in the South China Sea and elsewhere. It is pulling back as the foremost leader in the world, isolating itself from its traditional allies, and, despite its enormous spending on its advanced military, already losing battles of strategy against China.

China’s military expansion is a harrowing sign of what is about to befall America. To understand more about what the Bible says about China’s military advancement, be sure to read “China Is Steering the World Toward War.”