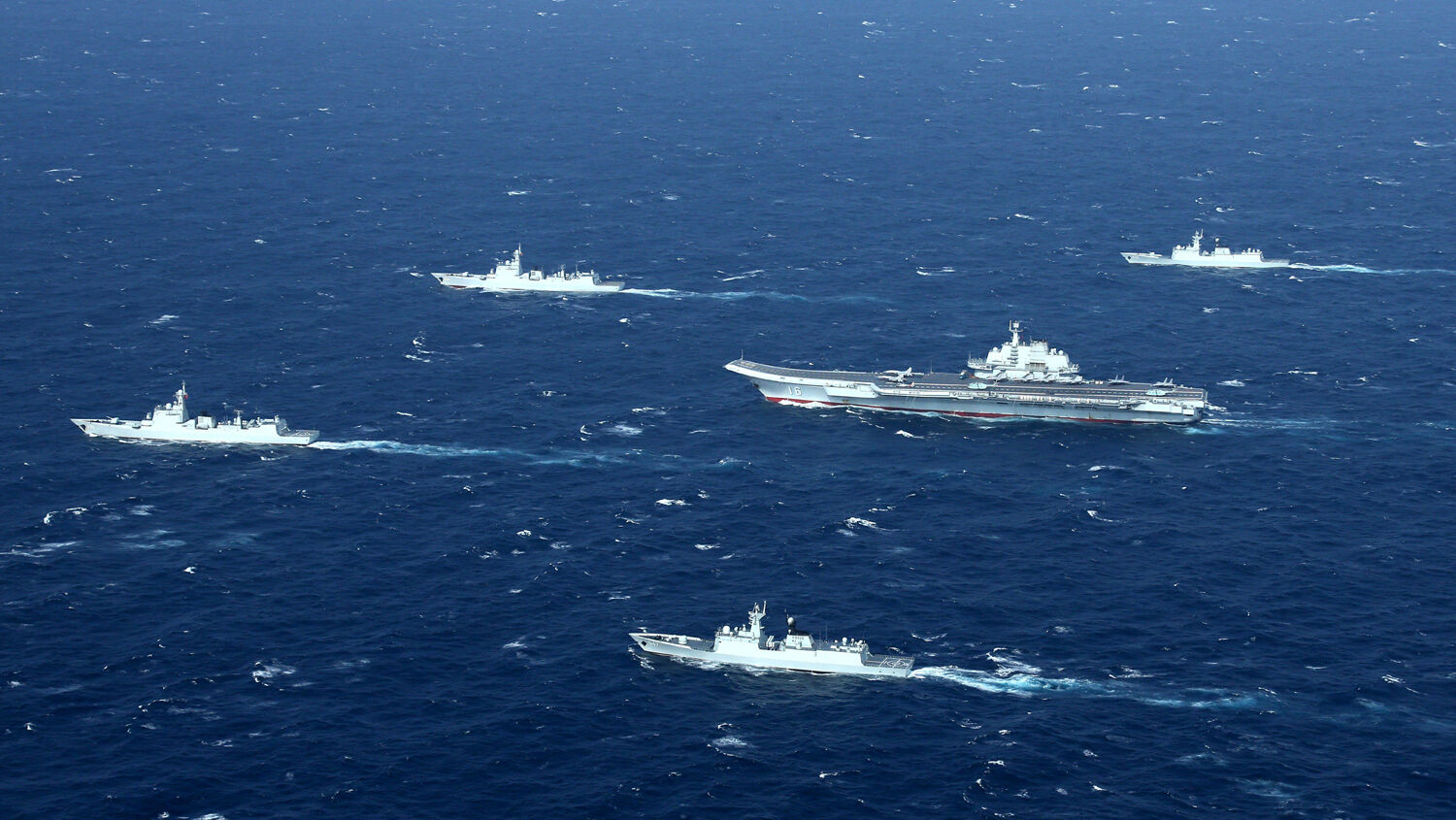 Five years ago these islands did not exist; now they are formidable Chinese military outposts.

Newly published photographs reveal that China has nearly completed its dramatic transformation of seven disputed reefs in the Spratly Archipelago into “island fortresses,” as part of Beijing’s push to control the South China Sea.

The high-resolution aerial photographs were obtained by the Philippine Daily Inquirer and published on February 5. The remarkably clear images were taken between June and December 2017 from an altitude of around 5,000 feet.

The images also capture the presence of several Chinese People’s Liberation Army-Navy and Coast Guard vessels at the islands.

“[T]hey showed the reefs that had been transformed into artificial islands in the final stages of development as air and naval bases,” the Inquirer said.

It is remarkable that just five years ago these islands didn’t exist. All seven of the locations were partly or wholly submerged coral reefs. But China used fleets of dredgers to grind and suck huge amounts of sand from the seafloor and pump it onto the reefs. The Chinese added a thick layer of rocks on top of the sand and then paved over it with cement, transforming the reefs into artificial islands.

United States officials estimate that China has reclaimed a total of 3,200 acres of land at the seven locations.

China has insisted that this land reclamation project is not for military purposes. As recently as 2015, Chinese President Xi Jinping said Beijing “did not intend” to use the artificial islands for military reasons. But few analysts have taken such claims seriously, and the new photographs contribute to a long list of evidence showing that the function of these seven locations is, first and foremost, to improve China’s military posturing in the South China Sea.

“There’s no question anymore than China’s seven artificial islands in the Spratlys have been militarized,” the Diplomat wrote on February 7.

These militarized islands will function as air and naval bases, and allow China to enforce its claims not just to the Spratly Archipelago, but to almost the entire South China Sea.

Why Is the South China Sea Important?

The South China Sea is among the most valuable and important areas of ocean on the globe. It is immensely wealthy in natural resources, containing an estimated 11 billion barrels of oil, 190 trillion cubic feet of natural gas, and some 10 percent of the global fisheries.

Even more importantly, around $5.3 trillion of trade each year flows through the South China Sea. That is more than 30 percent of total global shipping trade.

The South China Sea is an exceptionally important ocean region. And parts of it are claimed by Vietnam, Malaysia, Indonesia, the Philippines, Taiwan and Brunei.

Most nations’ claims are based on the United Nations Convention on the Law of the Sea (unclos), which says a nation’s territorial borders extend 200 nautical miles from its coast, and this maritime region is the country’s Exclusive Economic Zone (eez). Any natural resources found within a given nation’s eez belong exclusively to that nation. And any region that doesn’t fall within any country’s eez is considered “international waters” and its resources fair game for all.

Most countries abide by these international laws to determine their maritime boundaries.

Beijing says it has historical claims to the South China Sea dating back to expeditions in the 1400s. The Chinese have marked the area they claim using a perplexing delineation called the “nine-dash line.” This line places almost the entire South China Sea—an area about the size of India—under Chinese control.

China is focusing on the Spratly Islands largely because they lie both geographically and emblematically at the center of the South China Sea. The stakes are particularly high here because any nation that can claim the Spratlys may have legal justification for extending its eez to include the islands and a large chunk of surrounding waters. This would come along with exclusive rights to the area.

But with its seven military bases nearly complete, China is now beyond such legal concerns and is positioned to control this region whether or not it has legal rights to do so. “There’s no going back,” wrote the News Corp Australia Network on February 7. “Beijing has won the South China Sea.”

“The power projection capacity is there,” the Diplomat said. “In the coming months and years, Beijing will begin to make the most of its improved position in the South China Sea.”

‘Steering the World Toward War’

Trumpet editor in chief Gerald Flurry has said that China’s takeover in this strategic region is “steering the world toward war.” In our July 2016 issue, he wrote about Beijing’s island building and militarization in the Spratly area: “China is being aggressive and provocative,” and thereby challenging “seven decades of American naval dominance in the Pacific Rim.” This aggressive behavior “should alarm the world!” he wrote.

Mr. Flurry said, “Since Japan’s defeat in World War ii, America has protected this vital trade route and brought peace to this part of the world.” But since the U.S. military is now retreating from the region, “other great powers are coming in to fill the vacuum,” he continued. “China is intimidating the nations of Southeast Asia into submission to its will. It is forcing these countries to do what it wants. Everything is headed in the direction of war.”

Mr. Flurry’s assessment of the South China Sea situation is based on Bible prophecy.

In the book of Deuteronomy, God issues a grave warning to the nations of Israel, explaining that if they reject Him, He will hand control over the world’s strategic sea gates to their enemies. And He warned that these enemy nations would use that control to besiege the nations of Israel: “And he shall besiege thee in all thy gates, until thy high and fenced walls come down, wherein thou trusted, throughout all thy land …” (Deuteronomy 28:52).

Mr. Flurry explained that this ancient warning is not just for ancient peoples. “It is a prophecy for the modern-day descendants of Israel,” he wrote. “Two nations in particular represent Israel in this end time: America and Britain.” These two countries “are full of terrible sins today, and God is going to correct them for that!” he wrote. “This prophecy and several others show that He will send foreign enemies to punish America and Britain!”

China’s militarization of the South China Sea is moving toward the fulfillment of this prophecy.

But Mr. Flurry makes plain that this approaching besiegement and war is linked to some astoundingly hope-filled news: “All this prophesied destruction is what it will take for God to reach this world! After this, people will be ashamed—and they will get to know God! Ezekiel repeatedly talked about that inspiring conclusion (e.g. Ezekiel 6:7; 7:4; 11:10; 12:20; 13:9; 23:48-49; etc). Yes, there is a lot of bad news when you consider what it takes to get people to the point of knowing God. But ultimately, the outcome is spectacularly good news!”

To understand the inspiring details of this “spectacularly good news,” order a free copy of Mr. Flurry’s book Ezekiel: The End-Time Prophet.