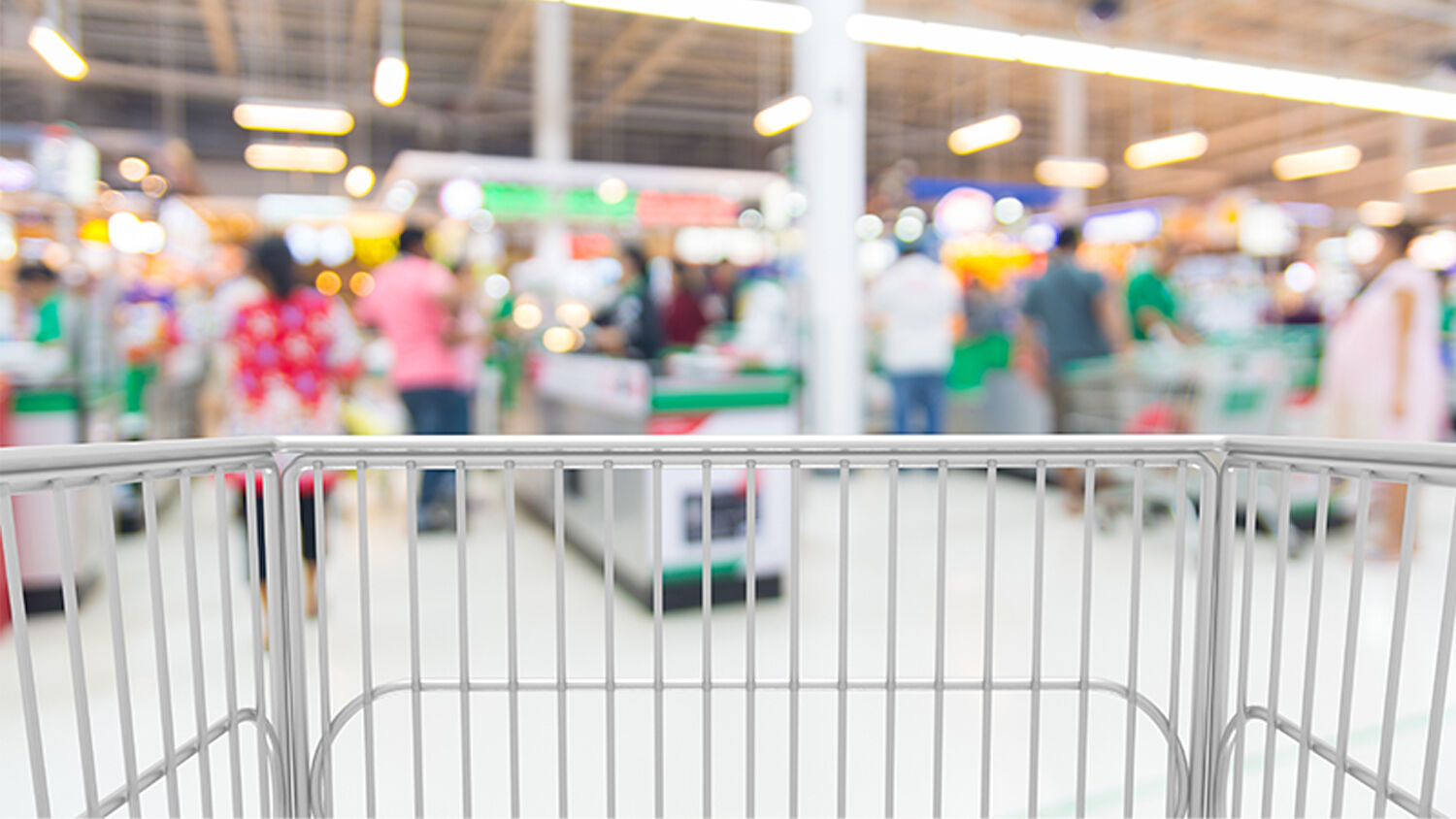 Don’t make up your own morals: Be a moron like me.

When you go grocery shopping, do you have to fight urges to steal? What holds you back from just walking out of the store without paying for your foodstuffs?

I don’t recall ever feeling those urges, but at least one of my fellow shoppers believes that thinking this way makes me a “moron.”

Apparently many shoppers are paying for their groceries only because someone is making them do so. How do we know this? Because now that self-checkout lanes are appearing in more and more stores, more and more people are shoplifting.

A recent University of Leicester study audited 1 million self-checkout transactions over a full year and found that out of $21 million in sales, almost $850,000 worth of goods left the store without being scanned and paid for. In a survey by an Internet coupon company, nearly 1 in 5 people admitted that they have used the self-checkout lane to steal stuff.

These facts come from “The Banana Trick and Other Acts of Self-Checkout Thievery” in the Atlantic, an eye-opening look at some ridiculous shenanigans that are now commonplace:

Self-checkout theft has become so widespread that a whole lingo has sprung up to describe its tactics. Ringing up a T-bone ($13.99/lb) with a code for a cheap ($0.49/lb) variety of produce is “the banana trick.” If a can of Illy espresso leaves the conveyor belt without being scanned, that’s called “the pass around.” “The switcheroo” is more labor-intensive: Peel the sticker off something inexpensive and place it over the bar code of something pricey. Just make sure both items are about the same weight to avoid triggering that pesky “unexpected item” alert in the bagging area.

Some of these scams require real ingenuity and effort; others, apparently, aren’t terribly difficult to execute. Some people suggest that the stores are actually encouraging theft by making it so easy.

The Leicester researchers concluded that the ease of theft is likely inspiring people who might not otherwise steal to do so. Rather than walk into a store intending to take something, a shopper might, at the end of a trip, decide that a discount is in order. As one retail employee told the researchers, “People who traditionally don’t intend to steal [might realize that] … when I buy 20, I can get five for free.” The authors further proposed that retailers bore some blame for the problem. In their zeal to cut labor costs, the study said, supermarkets could be seen as having created “a crime-generating environment” that promotes profit “above social responsibility.”

That conclusion strikes me as truly bizarre. Running a grocery store is a difficult business; turning a profit in any business is hard. But somehow a store that makes the choice to install self-checkout is promoting profit “above social responsibility.” Its “social responsibility” is apparently to pay for people to stand at the front of the store for the purpose of dampening people’s natural inclination to steal. Failing to do this is creating “a crime-generating environment.”

Some people view theft not only as being more feasible thanks to self-checkout, but as some kind of right. They reason that the store owner has tacitly granted them this right by forcing them to do the menial chore of checking their own groceries. The Atlantic quoted one shopper who commented on a Reddit discussion board: “Anyone who pays for more than half of their stuff in self-checkout is a total moron. There is no moral issue with stealing from a store that forces you to use self-checkout, period. They are charging you to work at their store” (emphasis his).

This individual has it all worked out in his own mind: He is entitled to steal half of the items in his cart. After all, technically he’s working for the store. So his stealing is morally correct—and I’m a moron for paying for 100 percent of the items I’ve selected.

Isn’t moral relativism grand? What a nice world it is when people can just make up their own rules and feel perfectly justified in exacting whatever they deem to be “fair wages” for the work they are performing for greedy store owners.

I’m fairly certain a similar train of thought is going through the minds of the people who loot from stores whenever an opportunity may arise—a flash mob on a random Saturday night, a conviction of an ethnic minority, a local riot in the street, a Super Bowl loss, or a Super Bowl win. After all, those stores are owned by rich people who are taking advantage of poor people. That practically makes me a hero like Robin Hood when I smash a window and walk out with this flat-screen tv. I am an executor of social and economic justice.

Lawlessness always exacts a price. The cost of the food filched through the self-checkout lane isn’t necessarily taken out of the storeowner’s take-home pay—it’s added to the price of all the groceries in the store. It’s paid by all the “morons” who aren’t breaking the law. Every time you shop for groceries you are paying an unseen shoplifting tax.

We are all paying the price for society’s lawlessness. The costs are everywhere, and they are growing.

This is why America’s founders said the system they established would only work for a moral people. If you’re going to have this much freedom, then you need to govern yourself according to absolute moral standards of conduct.

When French political scientist Alexis de Tocqueville visited America in 1831, he couldn’t believe how much freedom Americans had. And he recognized that religion was critical to making that possible. “Liberty regards religion as its companion in all its battles and its triumphs …,” he wrote. “It considers religion as the safeguard of morality, and morality as the best security of law and the surest pledge of the duration of freedom ….” The reality is, once you lose religion, you lose morality—and ultimately, that means you lose freedom as well. The amoral environment spreading in America today is costing us more and more of our freedoms. (To learn more about the unbreakable link between law-keeping and freedom, read Gerald Flurry’s booklet No Freedom Without Law.)

Wouldn’t you rather live in a law-keeping world? Can’t we all see that a world where everyone kept the Eighth Commandment—“Thou shalt not steal”—would be a more prosperous, safer, happier place?

Think about it and you realize that this is marvelous proof of the binding, real-world nature of God’s moral law.

“Can you realize that every unhappiness, every evil that has come to humanity, has been the result of transgressing God’s law?” Herbert W. Armstrong wrote in The Wonderful World Tomorrow—What It Will Be Like. “If no one ever had any other god before the true God; if all children were reared to honor, respect and obey their parents, and all parents reared their children in God’s ways; if no one ever allowed the spirit of murder to enter his heart, if there were no wars, no killing of humans by humans; if all marriages were kept happy and there were no transgressions of chastity before or after marriage; if all had so much concern for the good and welfare of others that no one would steal—and we could throw away all locks, keys and safes; if everyone told the truth—everyone’s word were good—everyone were honest; if no one ever coveted what was not rightfully his, but had so much outgoing concern for the welfare of others that he really believed it is more blessed to give than to receive—what a happy world we would have!”

That’s the world I want to live in. So I’m going to go on being the “moron” who pays for every last item in my grocery cart—just like I wish everyone else would.