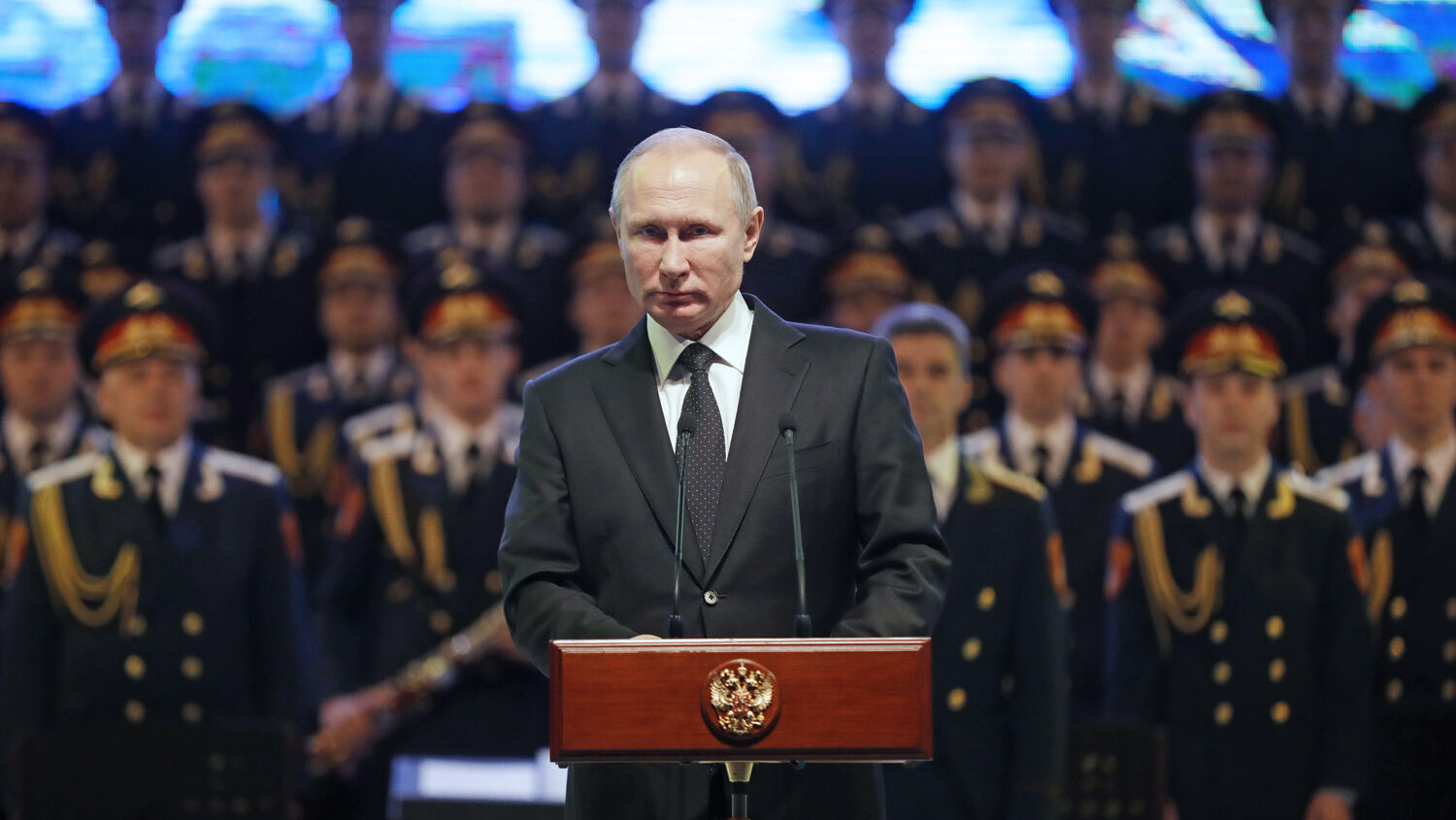 Russia’s President Vladimir Putin attends an event marking the 75th anniversary of the victory in the Battle of Stalingrad.
Getty Images

These two nations are preparing for war.

I’d like to draw your attention to two important articles recently posted on theTrumpet.com. If you haven’t read these, I think you should. Each highlights a dramatic and sobering trend, and really ought to induce some deeper reflection about global stability and our imminent future.

First there’s “Sweden Is Instructing Its Civilians on How to Prepare for Total War,” by Jack Wood. Jack reported that Sweden has substantially increased its budget for military spending, reinstated conscription, made moves toward becoming a nato member, and is actively instructing the Swedish population on how to survive military conflict. These steps, he explained, “are in response to the rising threat from Russia” (emphasis added throughout).

We all know that Vladimir Putin is a bad man and that Russia is dangerous and belligerent. But do we realize deeply enough how great of a destabilizing force Russia is? Sweden’s alarm, and its impulse to prepare for future military conflict, is a measure of how close we are to some sort of major crisis with Russia. Such a crisis would undoubtedly impact Europe, especially Germany. The Swedes’ behavior begs the question: Is Russia about to start another conflict?

Then there’s “China’s Fishing Fleets Are Fighting a Shadowy War to Expand the Country,” by Jeremiah Jacques. Jeremiah showed how the Chinese government is using millions of Chinese fishermen to expand China’s maritime footprint. Jeremiah quoted Andrew Erickson, a professor of strategy in the U.S. Naval War College’s China Maritime Studies Institute. “This is in no way a collection of innocent, random, patriotic fishermen,” wrote Erickson. China’s fishermen operate as a “maritime militia.” They are “trained, equipped and organized directly by the pla’s [People’s Liberation Army] local military commands,” Erickson continued. China’s use of fisherman reveals its deep desire to conquer Southeast Asia and oppose the United States.

A lot of people are aware of China’s confrontational behavior. But how many really understand the ultimate ramifications of Beijing’s provocations? Jeremiah quoted a 2016 article by Trumpet editor in chief Gerald Flurry in which Mr. Flurry warned that China was “steering the world toward war.” He also warned that China’s colonization of Southeast Asia “should alarm the world.” But is it, really?

The Swedes are actively preparing for a dramatic crisis. Governments all over the world are purchasing military hardware and preparing for war. In his January 30 Trumpet Brief, Richard Palmer noted how “some of the world’s most respected foreign-policy experts are sounding some very scary warnings” about the imminence of major wars and even a nuclear conflict.

Many are aware of the aggressive behavior of Russia, China and others, but how many are genuinely alarmed? Alarmed enough to act. What will it take to stir people to action? What constitutes action? What can we do practically to prepare for these imminent crises?

Jesus Christ said, “Watch ye therefore, and pray always, that ye may be accounted worthy to escape all these things that shall come to pass, and to stand before the Son of man” (Luke 21:36). There’s one action we can take: learn to pray.

In verse 34 Christ warns, “[T]ake heed to yourselves, lest at any time your hearts be overcharged with surfeiting, and drunkenness, and cares of this life, and so that day come upon you unawares.” There’s another action: Distance yourself from materialism and the cares of this physical life, and immerse your mind in the truth of God. In other words, study God’s Word.