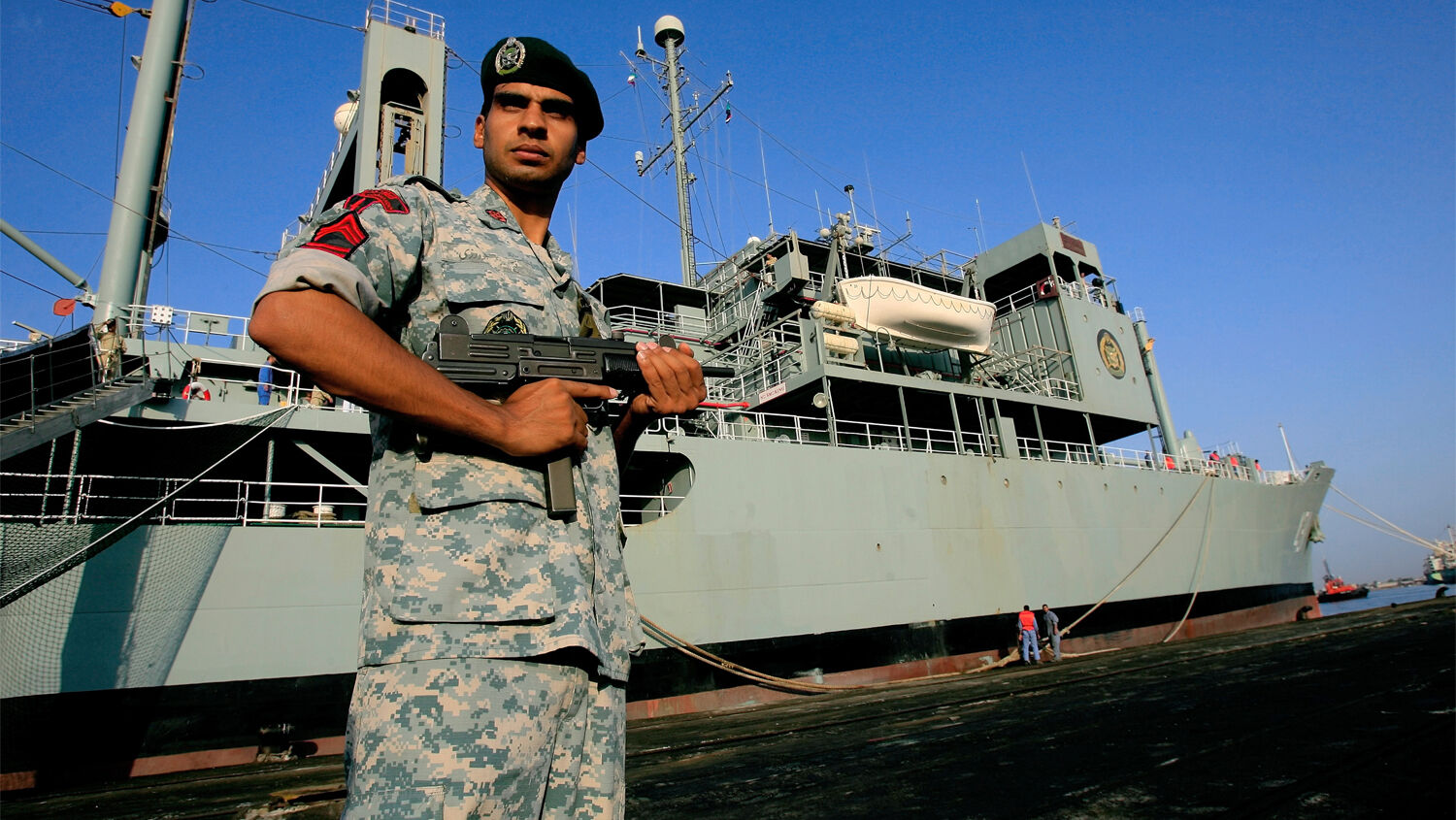 ‘Iranian ports in the eastern Mediterranean are a real risk for Israel.’

Israeli Adm. Shaul Chorev (Ret.) has warned that Israel’s next proxy war with Iran “could see a focus on the [Mediterranean] Sea.”

The Jerusalem Post quoted the retired naval officer on January 28 as cautioning that the strategy of Iran’s Lebanese proxy, Hezbollah, clearly shows that “they will target Israeli strategic assets.” To do that, he said, they could use suicide vessels or land-to-sea missiles.

Iran “is on the verge of reaching the Mediterranean, including the use of Syrian ports by the Iranian Navy,” Chorev said. “Iranian ports in the eastern Mediterranean are a real risk for Israel.”

Access to the Mediterranean is strategically important to Iran’s aggressive pursuit of regional hegemony. It’s also a geopolitical necessity, which “explains why Iranian and Persian strategy has always focused on developing proxies or strategic relationships with countries amenable to its designs,” Geopolitical Futures wrote on January 3.

Iran has aggressively exploited the conflict in Iraq, the civil war in Syria, and the political strife in Lebanon to extend itself deeper into its western neighbors and thus create an 800-mile “land bridge” connecting Iran to the Mediterranean Sea.

Ambassador Danon said that Iran controls 82,000 troops in Syria and has spent $35 billion on weapons factories there. He said Iran is “building missile factories in Syria, in effect turning the innocent people in the surrounding area into human shields.” He added: “Iran is turning the entire country of Syria into the largest military base in the world.”

“[I]f we turn a blind eye in Syria,” he warned, “the Iranian threat will only grow.”

Reports state that Iran is building a base in al-Kiswah, Syria, just 30 miles from Israel’s Golan Heights. Iran is also reportedly building a naval base near Tarsus, along the eastern Mediterranean.

Ambassador Danon criticized Europe for appeasing and empowering Iran through the Joint Comprehensive Plan of Action nuclear deal and for doubling Iran’s trade with the Continent. He then gave a warning that will resonate with long-time Trumpet readers: “The money the regime earns from your economic deals will be spent on ballistic missile testing, nuclear development and promoting worldwide terror …. [W]hile you are making a profit; Iran is building an empire. … Iran starts with Israel; it is you who are next.”

For more than 20 years, Trumpet editor in chief Gerald Flurry has used Bible prophecy to warn that Iran will pose a real and immediate threat against Israel, as well as against Europe.

The Mediterranean Sea is an essential part of Iran’s strategy.

The Bible reveals this strategy in Daniel 11:42-43. It states that Iran, which it calls the king of the south, will bring Libya, Ethiopia and Egypt into its orbit. Mr. Flurry wrote in his July 2016 article “Mediterranean Battle Escalating Into World War iii!”:

[W]hy would Iran want an alliance with Libya and Ethiopia? All you need to do is get a good map of the Middle East with the emphasis on the Mediterranean Sea and the Red Sea, and then you can see why. These two countries border the two seas that comprise the most important trade route in the world.

Iran already dominates the Persian Gulf. Now it is working to take over the Red Sea—you can see this by how involved it is in Yemen. Iran also has a heavy influence in Somalia. It has had a long-standing relationship with Sudan, and prophecy tells us it will gain control of Ethiopia and Egypt. Egypt controls the Suez Canal, which is the gateway to the Mediterranean Sea.

Putting this together, you can see that Iran seeks to control the greatest trade route in the world!

Iran’s push into Syria comes from this ambition. Iran has already used its strong presence in Syria, Lebanon and the Mediterranean to finance and arm Palestinians in the Gaza Strip and the West Bank, and we can expect it to continue its plans to destroy the State of Israel.

In The King of the South, Mr. Flurry writes that Iran’s goal is to destroy Israel and control the Red Sea and the Mediterranean Sea:

[W]hat if you have radical Islamic nations along this sea trade route with real airpower—including missiles? That could give Iran virtual control of the trade through those seas. Radical Islam could stop the flow of essential oil to the U.S. and Europe!

Iran could also potentially get control of Jerusalem, [Islam’s] third-holiest site. I believe Jerusalem is more important to Iran than the oil is. The Islamic people have fought the Catholic Crusades for about 1,500 years over control of Jerusalem. Bible prophecy says one final crusade is about to erupt.

Iran conquering Jerusalem would suddenly galvanize the whole Islamic world! It would spread radical Muslim influence to many countries outside the Middle East. It could lead to dangerous rioting and terror in Europe, Asia and even America. …

If Iran gets control of that trade route, it could create enormous damage and chaos in America and Europe almost overnight. [Europe is] not going to allow [Iran] to get control of Jerusalem and the world’s number one trade route!

Iran’s aggression, especially in waters so close to Europe, will not be targeted at Israel alone. As Ambassador Danon said, “Iran starts with Israel; it is [the Europeans] who are next.”

To learn more about these events from a biblical perspective, request our free booklets The King of the Southand Jerusalem in Prophecy.