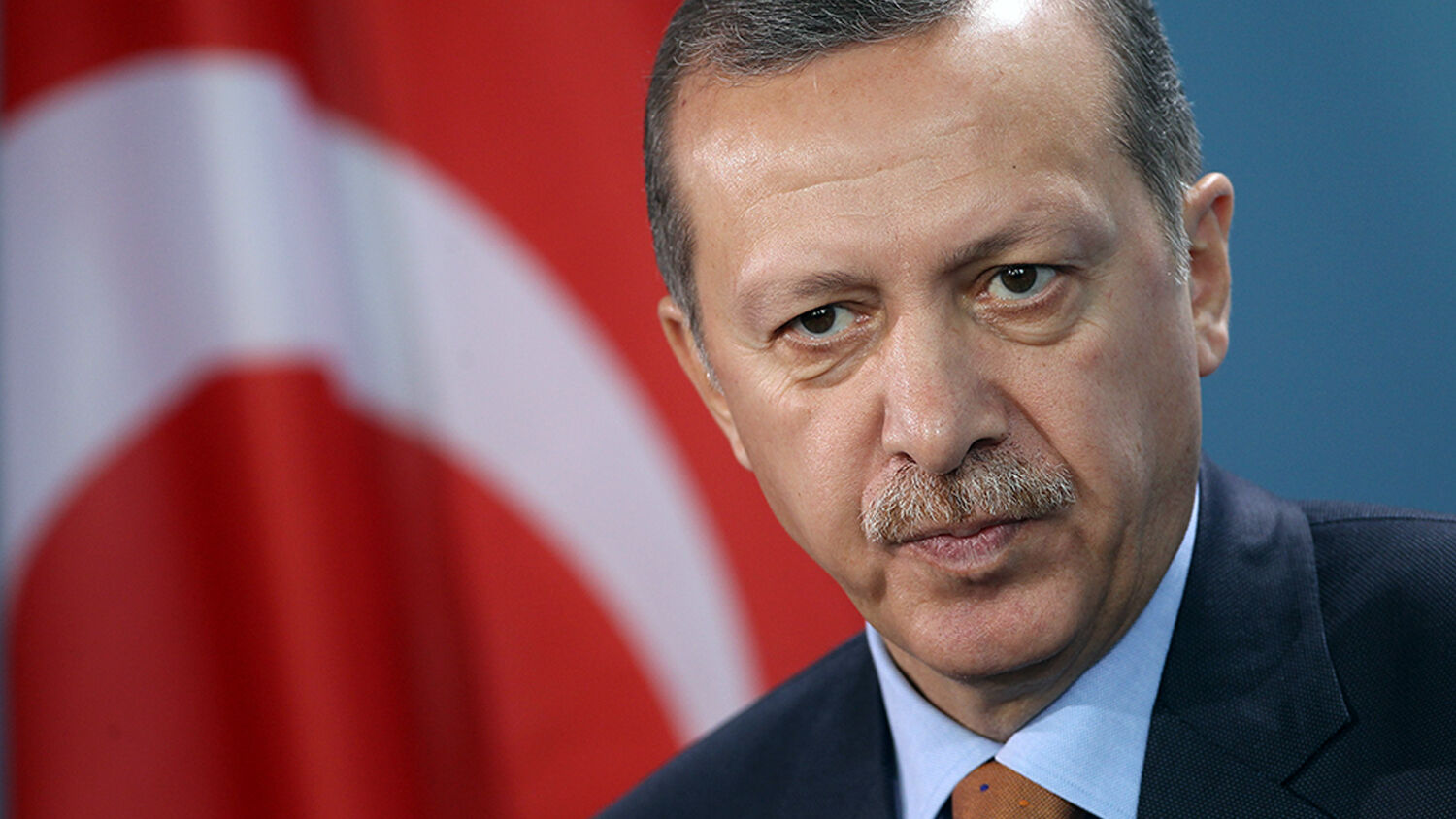 Turkey may have lost its Ottoman Empire in the early 20th century, but it remains a formidable power in the Middle East and Europe.

The Turkish landmass is surrounded by the Mediterranean Sea, the Black Sea, the Aegean Sea and eight countries in the Caucasus, the Middle East and Europe. The Bible describes Turkey as standing “in the crossway” (Obadiah 14). It is a crucial land bridge: Whoever controls it will always wield strategic and geopolitical influence.

Turkey’s economy is stronger than any Middle Eastern nation. Its military is the most powerful in the region.

It makes sense for global powers and regional neighbors to befriend the Turks. But Turkey likes making friends and building alliances almost as much as it likes offending friends and alienating allies.

American leaders who believe the U.S. should trust Turkey should be aware that Bible prophecy shows this nation to be a dubious ally and a betrayer of friends. But even if they do not believe prophecy, Turkey’s recent history reveals this truth. Consider the evidence.

Mustafa Kemal Atatürk, “father of the Turks,” founded modern Turkey in 1923. He established the nation as a secular state oriented toward the West and Western principles of governance, even though 99.8 percent of the Turkish population is Muslim.

This direction changed with the rise of Turkey’s current leader, Recep Tayyip Erdoğan, an authoritarian who brazenly espouses Islamist ideology and champions the Palestinian cause.

Over the years of Erdoğan’s reign, from 2003 as prime minister, and from 2014 as president, Turkey’s relationship with Israel has vacillated between friend and foe. Most notably, in 2010, after Israel imposed a naval blockade on the Gaza Strip, where many Palestinians live, Turkey tried to break that blockade by sending an aid flotilla to Gaza. Israeli commandos challenged the Turks at sea, killing nine of them. Turkey cut diplomatic ties with Israel for six years. In June 2016, the two nations signed a reconciliation agreement to restore diplomatic ties.

When the U.S. announced this past December that it recognizes Jerusalem as Israel’s capital, President Erdoğan quickly responded that Israeli bloodshed has “made Jerusalem a dungeon for Muslims and members of other religions …. With their decision to recognize Jerusalem as Israel’s capital, the United States has become a partner in this bloodshed.” Erdoğan said Jerusalem “is the red line for Muslims” and threatened to go as far as cutting diplomatic ties with Israel—again. He said Israel was a “terrorist state” and that “Palestine has been under occupation since 1947.”

This on-again-off-again relationship is hanging by a thin thread.

During a September conference in Kazakhstan, these three nations allied and agreed to guarantee a ceasefire agreement which established four de-escalation zones in Syria.

Since then, however, this Turk-Russo-Iranian alliance appears to be breaking apart.

The Assad regime unnerved the Turks when it allegedly seized at least 16 villages in Idlib, close to the Turkish border. Turkey already hosts about 3 million Syrian refugees, and with 60,000 residents from Idlib displaced so far, the Turks are understandably concerned about the recent escalation of violence.

On January 9, the Turkish Foreign Ministry summoned the ambassadors of Iran and Russia—Assad’s chief supporters—to express anger not only at Russia’s and Iran’s failure to de-escalate the violence in those zones, but also at their probable complicity in the violence.

Three days earlier, alleged Turkish-backed rebels from Idlib attacked Russia’s Hmeimim Air Base in western Syria with a swarm of 13 drones. Russia blamed the United States for coordinating the attacks. But that was after it had accused Turkey of helping the attackers.

According to Geopolitical Futures, these developments essentially amounted to Turkey breaking with Iran and Russia.

The Syrian civil war has hurt Turkey’s relationship with the West, especially with America. But relations have not always been this bad.

In 1951, Turkey joined the North Atlantic Treaty Organization and became an important ally of the West in fighting communism and terrorism.

On December 29, Turkey signed a deal to purchase Russia’s advanced S-400 antimissile system, which can fire multiple surface-to-air interceptor missiles with a range of up to 450 miles. Understandably, the purchase upset nato members. The National Interest called it a “game changer in the Middle East.”

The United States said it will not allow Turkey to integrate the Russian system into nato’s defense architecture because of obvious cybersecurity concerns. According to RT, Erdoğan responded that Turkey will not rely on nato for protection, dismissing criticisms from other nato nations by saying, “We take care of ourselves.”

Turkey has already paid a 45 percent down payment for the $2.5 billion deal. A Russian credit line will finance the remainder. “We will not borrow in dollars in this loan,” Erdoğan told reporters. “[W]e will borrow in [Russian] rubles.”

On January 14, the United States announced plans to support a 30,000-strong “border force” of Kurdish fighters in Syria. President Erdoğan said, “A country we call an ally is insisting on forming a terror army on our borders. What can that terror army target but Turkey?” He then threatened: “Our mission is to strangle it before it’s even born.”

So this is yet another Turkish alliance that’s in trouble.

Turkey’s relationship with Germany and Europe has also been in flux. Ever since 1987, Turkey has wanted to join the European Union. It has not succeeded, and Bible prophecy indicates that it will not succeed but that it will form a temporary alliance.

Germany’s ties with Turkey in recent months have been severely strained by Erdoğan’s turn toward authoritarianism and a spat between him and European leaders, particularly German Chancellor Angela Merkel.

Despite these strained relations, the two countries are still interdependent. There are more Turks in Germany than any other immigrant group, and Germany is Turkey’s most important trading partner. Jan Techau, a director of the German Marshall Fund of the United States, said, “There is no other economic option for Erdoğan, so he really needs Europe.”

During a meeting with Erdoğan in January, French President Emmanuel Macron said, “We should … see if we cannot rethink this relationship, not in the framework of the [EU] integration process, but perhaps a cooperation, a partnership.” He added that Europe’s goal should be to keep Turkey “anchored” in Europe and ensure that its “future will be built looking toward Europe and with Europe.”

We can expect Turkey to betray some of its alliances and align itself more with its western neighbors in Europe.

The Trumpet’s November 2011 article “East, West or Neither?” shows that the Turks descended from Esau, the grandson of the biblical patriarch Abraham. Esau was the grandfather of Teman, from whom the Turks derived the name of their Ottoman Empire.

The biblical book of Obadiah describes the Turkey of our time as being “as one of them,” allied with Germany, which leads a European power. In Psalm 83, the Bible describes an alliance of nations which “have consulted together with one consent: they are confederate against” the United States, Britain and the Jewish nation of Israel, primarily. This Psalm 83 alliance says, “Come, and let us cut them off from being a nation; that the name of Israel may be no more in remembrance.” In this prophecy (and in all other Bible prophecies), “Israel” doesn’t primarily refer to the Jews in the Middle East; it refers primarily to the Anglo-American nations. Request your free copy of The United States and Britain in Prophecy to understand more about these names and these prophecies.

The nation of Turkey is located in such a strategic region that it has to balance and counterbalance its relations with its neighbors and allies. The recent history of its relationships with friend and foe alike shows how these prophecies are nearing complete fulfillment.