Why did God make sex? His purposes are far deeper and more beautiful than most people realize. 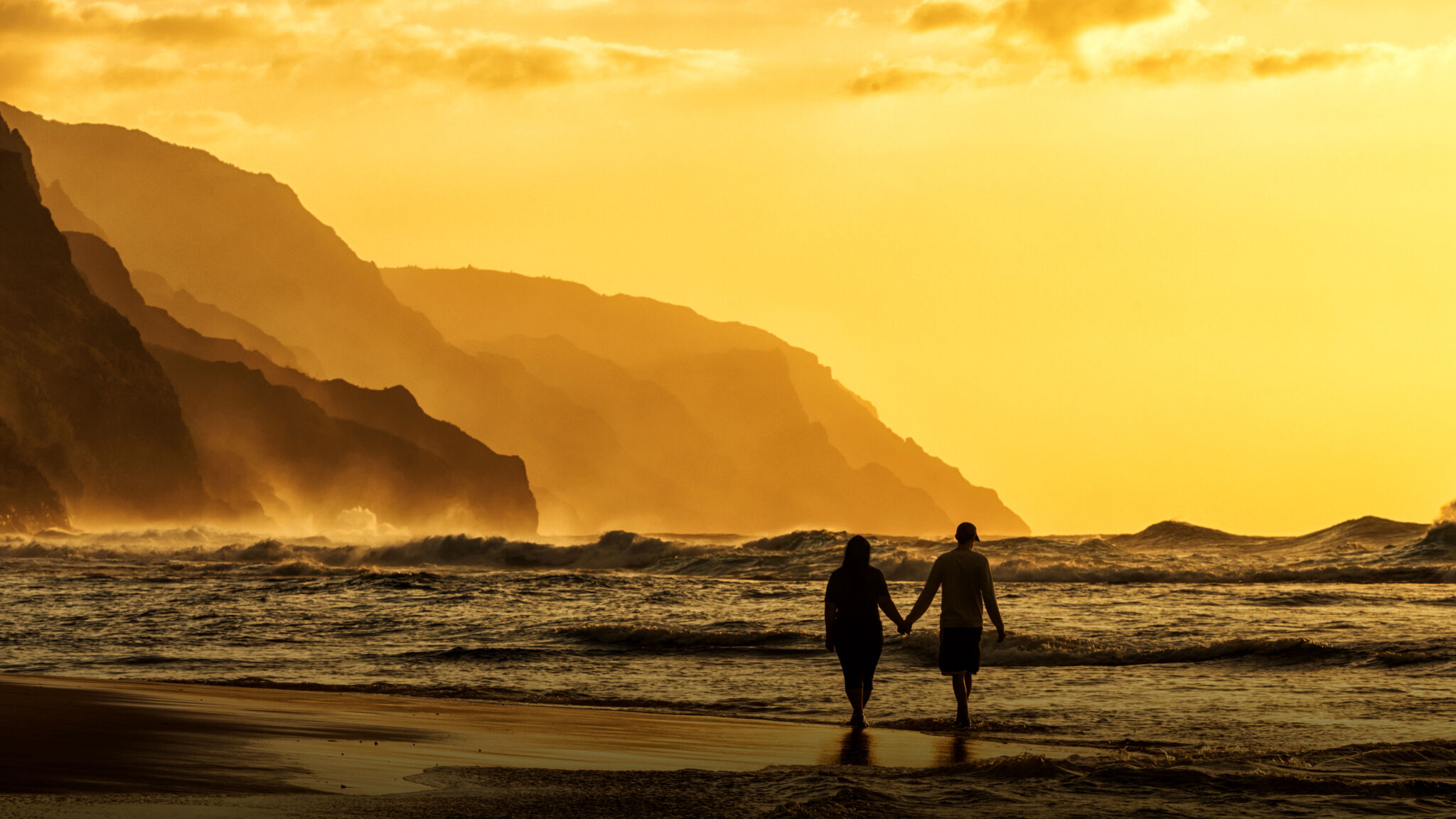 Why did God make sex? His purposes are far deeper and more beautiful than most people realize.

Sex scandals are everywhere in America and Britain today. Many prominent politicians, business leaders and famous entertainers are being exposed for having misused sex, hurting and abusing other people.

For many people, sex is a curse—wrecking marriages and damaging children for the rest of their lives.

God intends for sex to be a wonderful blessing to us! God’s purposes for sex are so beautiful, they should make us practically dizzy with joy!

This world, though, is completely blind to God’s purposes for sex. And it is suffering as a result.

This world’s educational system cannot teach you about sex. Most of the people who are getting caught up in these scandals have been educated at some of the most prestigious institutions this world offers. These institutions don’t teach people to conduct themselves uprightly regarding sex. They know nothing about why God made it.

You don’t have to be blind. God’s purposes for sex are provable from your Bible. You can also prove them by applying them in your life.

Where did sex come from? This intricate dimension to life is not an accident of evolution. It is beautifully designed by an intelligent, all-powerful Creator.

Look at the Bible account of creation. “And God said, Let us make man in our image, after our likeness: and let them have dominion over the fish of the sea, and over the fowl of the air, and over the cattle, and over all the earth, and over every creeping thing that creepeth upon the earth. So God created man in his own image, in the image of God created he him; male and female created he them. And God blessed them, and God said unto them, Be fruitful, and multiply, and replenish the earth …” (Genesis 1:26-28).

Notice: God said His creation, including the sex function, was “very good”! (verse 31). There is nothing shameful about sex, if used the way that God intended.

God created us male and female. He created two types of sex apparatuses. Why? Did you know that angels are not male and female? God also made these brilliant, dazzling spirit beings—but He did not make them to reproduce (Matthew 22:30). He made each of them individually. Why, then, did He make humans to be able to reproduce? God even commands us to “replenish,” or populate, the Earth. It is an awesome opportunity to be able to reproduce the way God does, as we shall see.

When you think about the purposes of sex, you probably think of reproduction first. But this is far, far from the only purpose.

Educator Herbert W. Armstrong authored the greatest book about sex of all time, after the Bible. It is called The Missing Dimension in Sex, and we will gladly send you a copy of it free. “Now comes the big truth!” he wrote. “Sex was designed and created in humans for purposes other than reproduction—for purposes totally foreign to animal or plant life! But the world has continued in unhappy and wretched ignorance of these glorious and God-bestowed purposes!”

Mr. Armstrong wrote this near the end of his life. He knew and lived God’s purposes for sex, and he yearned to rescue mankind from the pain and suffering that comes from using sex the wrong way.

Look around. It is plain to see that humans have sex for reasons other than just reproduction. Some of these reasons are perverse and should be avoided altogether, or sex scandals may result.

“Now reproduction, merely as such, is, of course, common to animals and plants, as well as humans,” Mr. Armstrong continued. “But, in humans, reproduction has a sacred and God-plane meaning not applicable to any other kind of life!”

With animals, reproduction is nothing more than reproduction. With humans, reproduction points to a marvelous spiritual parallel. Human babies are very different from animal offspring. Only humans are born as heirs of salvation—heirs of God! Marriage, family and sex have God-plane meaning!

God said His creation, including the sex function, was “very good”! There is nothing shameful about sex, if used the way that God intended.

Mr. Armstrong continued: “[T]here is deep, spiritually transcendent meaning in human begettal, gestation and birth that raises it to an altogether and incomparably higher plane than mere animal reproduction. Human children are begotten through sex. And that very begettal, period of gestation and birth of a human baby gives us the very picture of the spiritual salvation and gift of eternal life made possible through Jesus Christ!”

Humans are not animals! We can be spiritually begotten by receiving the Holy Spirit, and then spiritually born as sons of God! No animal or angel has such a potential!

Satan works diligently to hide God’s purposes for sex from the world because they point to our salvation. He wants to hide God’s plan of salvation, which is all about family.

During His ministry on Earth, Jesus Christ was dealing with ignorance about sex as well. He said to the Pharisees, “Have ye not read, that he which made them at the beginning made them male and female, And said, For this cause shall a man leave father and mother, and shall cleave to his wife: and they twain shall be one flesh? Wherefore they are no more twain, but one flesh. What therefore God hath joined together, let not man put asunder” (Matthew 19:4-6).Reproduction is the first and most obvious purpose of sex. In rebuking the Pharisees, Jesus Christ revealed a second purpose of sex: to be an expression of love between a man and a woman within marriage. “For what cause shall a man marry?” Mr. Armstrong asked. “Because God made them male and female—because God created sex. Sex did not evolve, without intelligence or purpose!” (ibid).

God ordained the institution of marriage. If reproduction were the only purpose of sex, no marriage would be necessary. Obviously, in our day especially, people have children outside of marriage all the time. And of course, animals don’t marry, and they certainly reproduce.

Marriage is a physical union, but a divine institution. God founded marriage; it did not evolve!

The Communist Party in the ussr was anti-family. Soviet leaders experimented with abolishing marriage, and the results were disastrous! They later reversed that policy in order to preserve the union!

Our leading educators, scientists and psychologists believe in evolution, an unprovable hypothesis that is anti-God in every way. They do not know the origin and purposes of sex. They have no clue why marriage even exists. They reject the Bible and rely instead on human reasoning, which leads only to disaster. The world is now on the edge of nuclear destruction as a result of our reliance on human intellect instead of the Almighty God.

The angels do not marry. They have no home life, family life or sex. After the angels failed to establish God’s government on Earth, God realized that He could only depend on Himself to do this. So He decided to re-create Himself—and He did so in man!

Mr. Armstrong wrote, “So grasp this colossal truth, if you can! Here is the greatest truth you can ever know! Man, and man only, of all life forms God has created, can be born into the God Family—the Kingdom of God! Animals have never been given family relationship. Angels have never enjoyed family status. The family relationship is a God-plane relationship—not an angel-plane relationship. And God bestowed it on man! Because man is to be born into the God Family. Of all life forms—whether plant, animal or angel in all God’s creation, man alone was created for marriage—for home and family life!”

Satan works diligently to hide God’s purposes for sex from the world because they point to our salvation.

“For unto which of the angels said he at any time, Thou art my Son, this day have I begotten thee? And again, I will be to him a Father, and he shall be to me a Son?” (Hebrews 1:5). Only humans can become begotten and later born as God’s children. God is our Father. Christ is our Husband. This is all about family! Angels, as magnificent as they are, have never had the opportunity to be actual born sons of God!

Billions of people have lived and died without this understanding! They will soon be resurrected and taught God’s awesome purposes of sex, marriage and family. This is the most awesome truth you could ever possibly hear, and it all relates to sex between human beings.

The sex problems on Earth are really the result of broken laws. God’s laws on sex are invisible, like the law of gravity. You cannot defy gravity! Whether or not we understand these laws, we are still subject to the effects of breaking them. Too many people today prowl for sex like alley cats. That will never bring happiness.

Read Ephesians 5:22-33 to understand how to make your marriage truly happy. God clearly defines the man’s role and the woman’s role. The man must lead and be willing to die for his wife! (verse 25).

“This is a great mystery: but I speak concerning Christ and the church” (verse 32). These principles apply to physical marriage, but mainly they are about spiritual marriage (Revelation 19:7). We can marry Christ, if we obey Him today. Physical marriage and sex prepare us for that glorious future.

Sex brings abundant love into our marriages. A common theme in nearly every recent sex scandal is male cruelty—brute selfishness. Our marriages ought to be vastly different. Sex should bring husbands and wives closer together. Having children—within marriage—is a blessing!

God’s purposes for sex are filled with beauty and inspiration. What an incredible potential we have with marriage, family and sex! If only people would use sex for God’s intended purposes, they would find sex to be the real blessing—with no negative side effects—that God intends it to be!