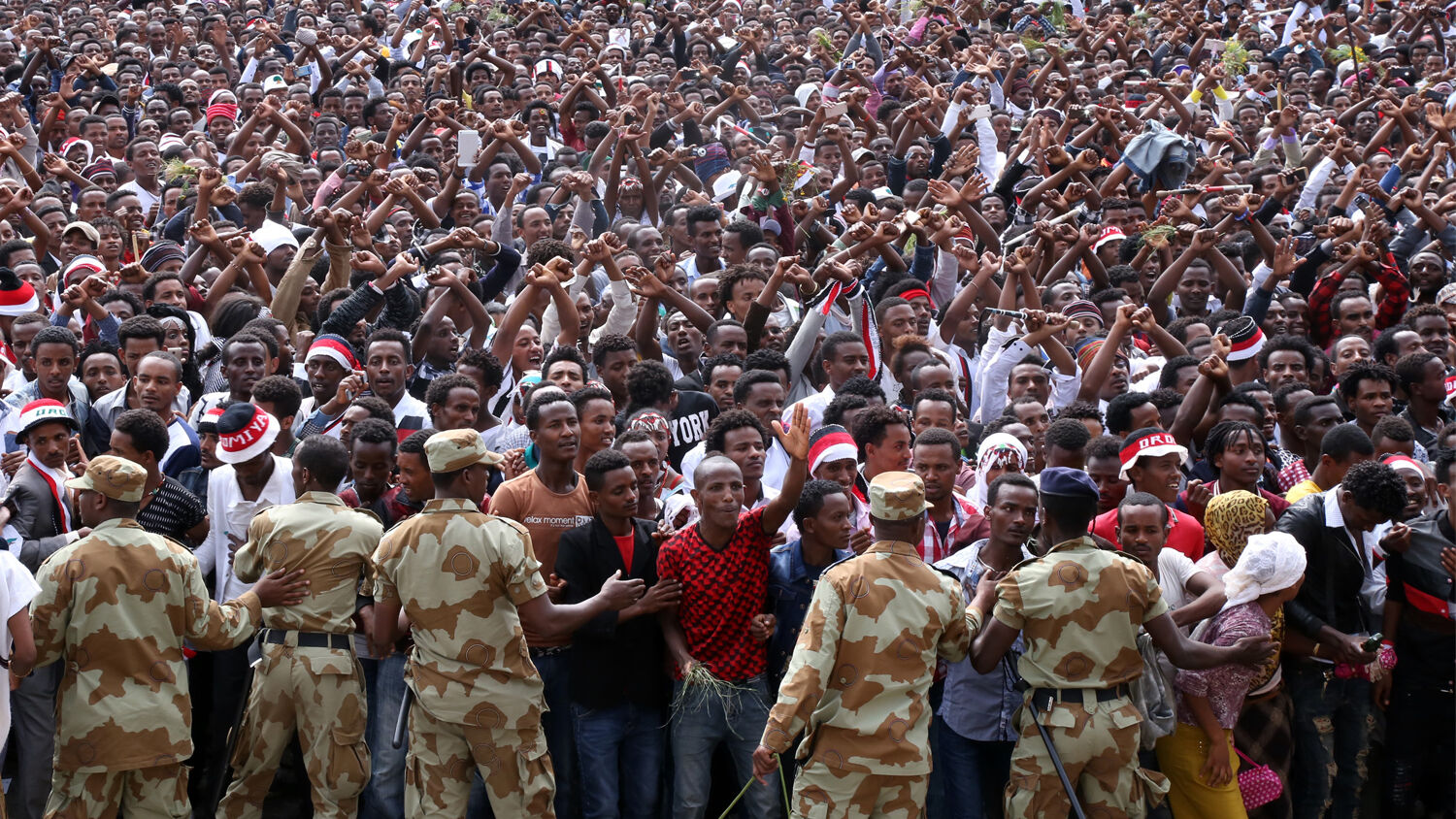 Security measures are taken as the Oromo people protest the government during the Oromo new year holiday.
Getty Images

Ethiopia is following the path of failed states in the Horn of Africa, North Africa and the Middle East.

Ethiopia faces a high risk of failure due to continued political and social instability in the country, the Fund for Peace reported in its Fragile States Index Annual Report 2017.

Reports say the weekend clash was followed by a week of more violent clashes, which resulted in the death of at least 20 civilians.

Much of this bloodshed in Ethiopia is based on ethnic differences and territorial disputes between ethnic regions within the nation.

“Limited attention has been given to outbreaks of violence in Ethiopia, as anti-government protests, particularly in the Amhara and Oromia regions, led to a declaration of a [10-month] state of emergency in October 2016,” the Fund for Peace wrote in its report. “The state of emergency was also used as a tool to crack down on political opponents and media.”

Activists say that more than 700 Oromia residents were killed when security officers clashed with people from the Oromo ethnic group during a thanksgiving festival in October 2016. A similar incident happened in October last year when security forces killed about 10 people who were protesting food shortages. In December, military officials reportedly killed 15 protesters in Oromia.

“Ethiopia’s overall Fragile States Index (fsi) score has been incrementally worsening over the past decade, moving from 95.3 in 2007, to a score of 101.1 in [last] year’s 2017 index, with Ethiopia—along with Mexico—being the most-worsened country over [2016],” wrote the Fund for Peace. Foreign Policy wrote on January 11 that “Ethiopia Is Falling Apart.”

In our special report Libya and Ethiopia in Prophecy, Trumpet editor in chief Gerald Flurry writes, “What is the immediate future of Libya and Ethiopia? We must go to the Bible for the answer—you will find it no place else.” These two nations are mentioned together in a prophecy in Daniel 11: “And at the time of the end shall the king of the south push at him: and the king of the north shall come against him like a whirlwind, with chariots, and with horsemen, and with many ships; and he shall enter into the countries, and shall overflow and pass over. … But he [the king of the north] shall have power over the treasures of gold and of silver, … and the Libyans and the Ethiopians shall be at his steps” (verses 40 and 43).

Our free booklet The King of the South proves that the “king of the south” in Daniel’s prophecy is radical Islam led by Iran.

Mr. Flurry continues in Libya and Ethiopia in Prophecy:

Ethiopia is in danger of falling apart—and falling prey to predator nations like Iran. As Mr. Flurry admonishes, watch Ethiopia. To help you with that, we would like offer you our report Libya and Ethiopia in Prophecy. It is available in five different formats, and all of them are free!