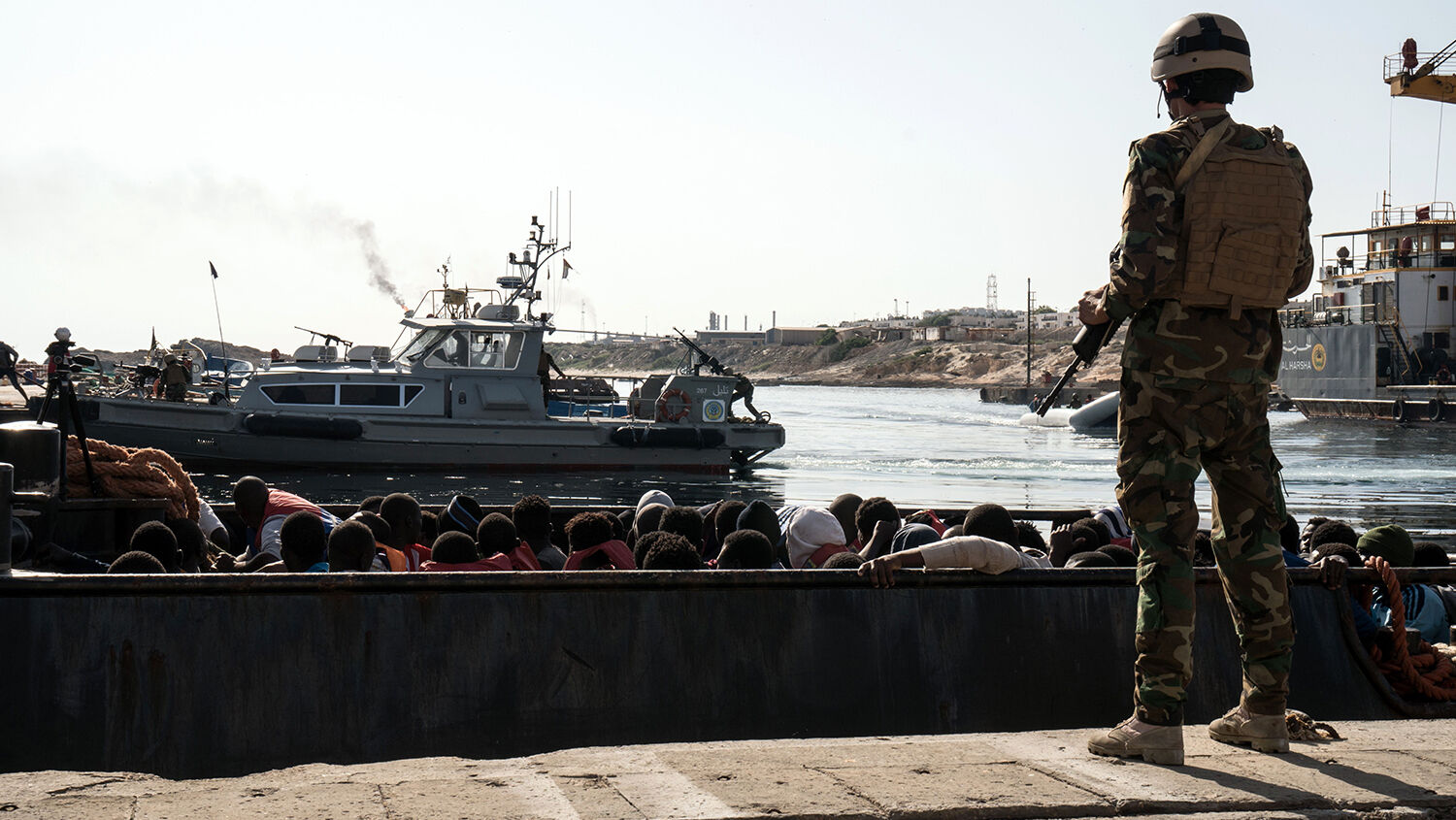 Italy will send soldiers to Niger and increase its presence in Libya, under a new law passed by Parliament on January 17.

Italy has been at the heart of Europe’s migrant crisis. Since 2014, more than 600,000 refugees have made the treacherous journey from the African continent to Italy. Countless more have perished along the way.

The number of boats entering Italy has fallen substantially through 2017, but many in Europe are still concerned by the illegal immigrants washing ashore. And Italians have certainly had enough.

To help stop the migrants, Italy has been getting more and more involved in North Africa.

African migrants funnel through Niger, intent on reaching Europe. The country’s weak borders and vast expanses make for easy crossing. Italy hopes to turn back migrants before they reach Libya’s coast and smuggler vessels. That means a military presence in Niger. Under the new law, 470 Italian troops will join French and American soldiers already stationed in the country.

“This is a training mission in response to a request from Niger, not a combat mission,” assured Italian Defense Minister Roberta Pinotti.

Even so, Europe will be happy to play a part in turning back illegal immigrants coming through Niger.

The training aims to help Niger stop human trafficking and fight terrorists. Islamist group Boko Haram is thriving on the porous borders in the region. Last year, 141 Niger civilians were killed or wounded by the terror group. The year before it was 227.

These same terrorists have spread in Nigeria, Chad and Cameroon. The concern is that this Islamic State-affiliated group could be sending wolves to Europe concealed in refugee fleeces. Many who arrive in Italy have no documents, making their history hard to verify, so terrorists could easily slip in.

The fear in Europe is multidimensional: fear of overpopulation, fear of terror, fear of cultural change and much more. Yet the solution is the same: Stop the flow of migrants.

That means more than just deploying troops to Niger. Italy is also sending 60 soldiers to Tunisia, on the Mediterranean coast. This follows Italian naval deployments to Libyan waters, as well as additional boots on the ground in Libya itself.

To gather enough troops, Italy will redeploy some from Afghanistan and Iraq.

Italy’s move is just one of many by European powers in North Africa. Germany has hundreds of soldiers in military training missions in Mali. France has bases across the region. Both are working to form a multinational force made up of African nations in the region.

North Africa is of vital importance to Europe. In the wrong hands, it threatens European stability, as the migrant crisis reveals. The region is also vital to Europe’s energy resources—both for the natural gas in the region and because the Suez Canal is the passageway for resources further afield.

“Germany isn’t the only rising power that understands the strategic value of the Mediterranean Sea,” wrote Trumpet editor in chief Gerald Flurry. “The forces of radical Islam, headed by the regime in Iran, have a design to dominate the sea-lane as well.” He continued:

I first wrote about this in 2011. Since that time, we have seen a wave of radical Islam spread across North Africa, toppling governments in Libya, Egypt and Yemen. These jihadists want to take down and destroy the West.

Astute observers in Europe, especially Germany, see what is happening in North Africa. This is motivating European leaders to accelerate their own strategy to counter the Islamist tide.

This exact scenario was prophesied 2,500 years ago in the biblical book of Daniel!

As I wrote in 2011, Daniel 11:40-43 unlock the strategy of the radical Muslims headed by Iran, referred to here as “the king of the south.” (For proof of the prophetic identity of this power, request our free booklet The King of the South.) …

This verse shows a pushy foreign policy from the south being countered and destroyed by a far superior power from the north. But pay close attention to the verses that follow: They indicate the specific nations that will be part of this Iranian-led Islamic bloc and be conquered by the king of the north.

“He shall stretch forth his hand also upon the countries: and the land of Egypt shall not escape” (verse 42). As we have said for 20 years, this indicates that Egypt will join in an alliance with Iran. But notice who else will be in that alliance.

“But he [the king of the north] shall have power over the treasures of gold and of silver, and over all the precious things of Egypt: and the Libyans and the Ethiopians shall be at his steps.” “At his steps” means they will join his army or be under his authority. Why would Libya and Ethiopia be subjugated like this by the king of the north? They too were allied with the king of the south.

The Bible specifically prophecies of Europe and radical Islam clashing in North Africa. Already we see this clash building in many of these counties!

Europe is getting ready to confront radical Islam in the region. The trouble drawing Europe into North Africa now is just a small taste of what is coming. For more on where this is leading, read our free booklet Germany’s Secret Strategy to Destroy Iran.