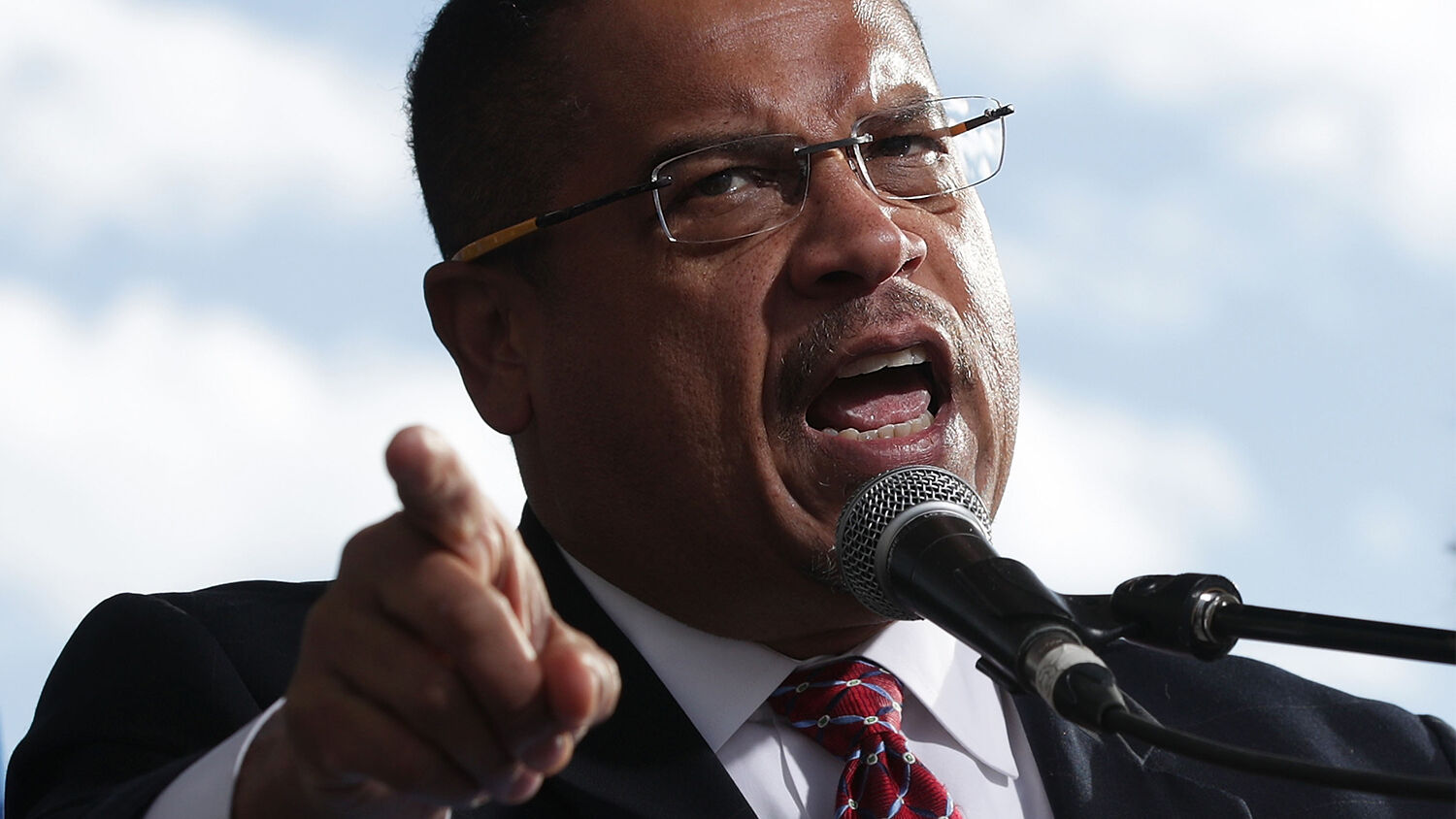 Some, including the deputy chair of the Democratic National Committee, are stirring a college student revolt.

The deputy chair of the Democratic National Committee recently signaled support for the far-left Antifa movement. In a tweet posted on January 3, United States Representative Keith Ellison posed with the book Antifa: The Anti-Fascist Handbook. He said the book, which he found at a Minneapolis bookshop, would “strike fear in the heart of @realDonaldTrump.”

Dartmouth College lecturer Mark Bray wrote the book, which offers practical tips on how anarchists, Communists, socialists and other leftists can band together to fight the far right. In particular, Bray notes that Antifa activists reject turning to the police to halt the advance of white supremacy. Instead, they advocate mob opposition to what they label as fascism, and resistance to free-market forces that they say support fascism.

It may seem shocking that the deputy chair of the Democratic National Committee would endorse this movement, but Antifa is not the first radical movement supported by Ellison.

In 2014, he wrote an editorial for the Communist Party usa, arguing that grassroots socialist organizations are needed to bring about necessary reform in the United States.

In 1989, Ellison granted an interview to the Freedom Road Socialist Organization, a radical Communist organization that has suggested splitting the U.S. into an African-American republic in the Southeast, a Hispanic nation in the Southwest, and a Hawaiian kingdom in the Pacific Ocean. During this interview on the topic of police brutality, Ellison stressed that the “responsible activist has to show young folks out there that white supremacy and capitalism are what’s putting them in the position they’re in.”

Ellison’s endorsement of Antifa is only his latest call for protest against the Trump administration. In a January 2017 interview, he encouraged opponents to President Trump’s executive orders on immigration to take to the streets. “It’s time for people to get active, to get involved, to vote and to organize,” he said. “Trump must be stopped, and people power is what we have at our disposal to make him stop. We need mass rallies. We need them all over the country. We need them in Texas. We need them in D.C. We need them in Minnesota.”

Decades ago, Plain Truth editor in chief Herbert W. Armstrong warned that Communist philosophy would strip America of its blessings—the greatest national blessings ever conferred on any people—not because socialists outmaneuvered conservatives, but because the American people as a whole turned away from God’s law. In particular, he warned that Communist thought would pervert America’s morals, sabotage its educational system, wreck its social structure, destroy its spiritual life, and weaken its economic power.

“Why are our people unable to recognize the Communist line—the Communist plan and conspiracy—in college and university riots, in propaganda accusing ‘police brutality,’ in ‘black power,’ ‘black panther’ and other slogans, even in ‘civil disobedience’ and ‘nonviolent’ movements of protest which lead to violence?” Mr. Armstrong asked in the March 1969 Plain Truth. “The guiding hand in student revolt is the Communist Party. Many students, their emotions stirred and enraged to violence, do not themselves realize this. Yet actually, these young leaders of the ‘New Left’ movement are going beyond the Communist Party. Their plan is to stir up college-age students to revolt first, and the teenage high school adolescents. If they can corrupt and/or win over tomorrow’s students, they will gain control.”

Mr. Armstrong based his forecast not only on current events but on Bible prophecy.

“Your country is desolate, your cities are burned with fire: your land, strangers devour it in your presence, and it is desolate, as overthrown by strangers” (Isaiah 1:7).

Why would God allow such devastation? Because Americans have rebelled against His law.

“Hear, O heavens, and give ear, O earth: for the Lord hath spoken, I have nourished and brought up children, and they have rebelled against me” (verse 2).

The dangerous level of ideological division in modern-day America is leading to the fulfillment of this prophecy. The extent to which Antifa will contribute to the unfolding of this nightmarish scenario remains to be seen. But its subversive aims and its revolution-oriented violence are beginning to gather dangerous momentum in American society.